Lecture Notes of a Lunatic Professor 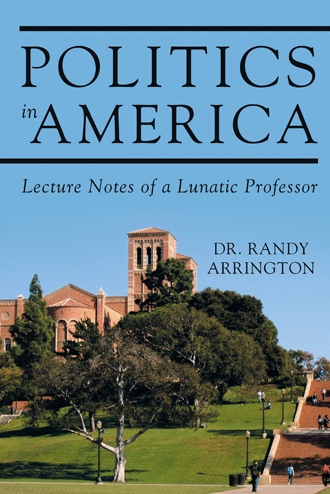 Dr. A teaches that all human behavior is motivated by need. For example, I drink from a water fountain at Disneyland because I am thirsty. I take classes at a community college so that I can eventually find a good job, buy bottled water and feed myself. I hand you a bouquet of fresh flowers so that you might develop affection for me, then perhaps we can raise a family for which we will keep a roof over their heads and food on the table. I donate money to a local charity in order to be formally recognized by my community as a philanthropist. I teach at a university and write scholarly articles so that I can grow as a human being and pass on traditional values like Freedom, Patriotism and The Truth thus enabling others to reach their highest individual potential. Unfortunately there are men and women in our nation who satisfy their needs in a more nefarious manner. For instance, I knock you out with a hammer so that I can steal your wallet and buy myself dinner. I sell illegal narcotics on the street so that I can pay my rent. I join the Bloods street gang because my single Mom abandoned me at age 13. I am a professional agitator protesting at hot spots around America because of my need to be recognized as a fighter for oppressed people. I use the “Mind Rape” tactics of Cultural Marxism to human re-engineer a New Communist Man and foment the eventual Socialist Revolution. If a professional revolutionary can successfully re-program your mind and body, he can control and manipulate your behavior. This premise is at the heart of Cultural Marxism and the Political Correctness war being waged on weak-minded individuals in contemporary America. Political Correctness as a clandestine tactic of Cultural Marxism seeks to eradicate dissent and generate homogeneity of thought, attitude and demeanor by all Americans. As such, it is indeed totalitarian at its very core, because the objective is the inevitability of Communist domination penetrating deeply into the culture and character of men and women. Cultural Marxism attempts to absorb individuals then re-cast them as a new creature in the image of Marxist dogma. As described by Mikhail Heller this New Altruistic, Communist Man would be sacrificial to the common good in his labor activities, have a collective outlook on life, and be boundless in his desire for worldwide revolution. Therefore, all social norms and cultural institutions of liberal democracy must be obliterated because they insulate individuals from experiencing the assault of alienation, rendering them with a false consciousness with regard to class struggle. To produce this contrived level of conscience in the New Communist Man, the old attitudes had to be systematically chipped away leaving people socially and culturally unprotected, utterly defenseless and thus receptive to the human re-engineering process. Cultural Marxists could then utilize their vast arsenal of propaganda tools to complete the process of creating socialist zombies. Intimidation and extreme violence are likewise a vital component of the Mind Rape of Communist brainwashing. Islam uses the same brutal strategy and tactics to manipulate its adherents, as well as the infidels. This newly interpreted version of Marxism views the dominant political culture of society as the primary catalyst of class struggle, not oppressive economic conditions. This innovative interpretation was adopted and honed by Cultural Marxists like Gramsci, Lukacs, and Marcuse because workers of the world did not rise up, unite and bring about the proletarian Revolution as was predicted by Karl Marx. Poor Leadership, Christianity, Liberal Democracy, Workers Rights, and False Consciousness were ultimately blamed for this failure, not the obvious flaws contained in Marxist philosophy. Therefore, Cultural Marxists devised a cleverly reinterpreted theory of Communist Revolution, focusing their efforts on subverting culture and individual character. As such, the dominant culture of America had to be effectively abolished then supplanted with a dominant socialist culture. As the glue that holds any society together, if the dominant culture could be perverted in favor or Marxism, the economic base would naturally crumble. Cultural Marxists actively attempt to manipulate man’s thought process using constant bombardment of brainwashing “Mind Rape” tactics to control and direct behavior. If they successfully alter and corrupt what a man or woman believes their human needs to be the result would be Marxist cultural supremacy. As Herbert Marcuse argued, a new attitude of thought and behavior had to take root in America for a Communist Revolution to proceed and be successful. Primary targets of Communist infiltration and Political Correctness in America include: Conservatism, family lineage and heredity, education, capitalism, social justice, sexual restraint, media, entertainment, political institutions, national loyalty, patriotism, police, military, poor blacks, university students, alienated groups, a-social groups. From this cultural hegemony, a fresh consciousness, and a New Communist Man would be created and be ripe for a Marxist Revolution. This is the ultimate goal of Cultural Marxism and its human re-engineering tactic of Political Correctness. Everything about Western culture was to be constantly ridiculed so that eventually this new man would loathe America and the manner in which he had been raised. Here is Dr. A’s final analysis: The very nature of Political Correctness and the Cultural Marxist message of Sensitivity, Diversity, and Tolerance are tantamount to snake oil salesmen of the old west days in America. Don’t let the Communist infiltrators Rape your Mind people. Don’t buy their re-packaged bottle of Marxist Oil. Mr. Obama IS a “Communist” Community Organizer in the mold of Vladimir Lenin. Mrs. Clinton IS a radical Marxist whose mind was raped by Saul Alinsky. Bruce Jenner is NOT a woman. Rachel Dolezal is NOT an oppressed black female. Let Freedom Ring. God Help Us. Speak the Truth. Endure the Consequences. Randy Arrington, PhD 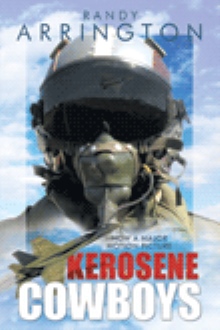 Dr. Randy Arrington loves the United States of America—and he wants you to love it, too. Unfortunately, President Barack Hussein Obama, many members of the media, arrogant politicians, and others don’t always feel the same way. He takes them all on in this candid series of lecture notes, urging people to wake up and see the truth, which requires work and effort. Lecture topics include cultural Marxism and political correctness, presidential eras and presidential power, the five branches of federal government, and liberalism and the transformation of America to communism. Main points include: • All lives matter, but if you become the enemy of mankind, all people have the right and the obligation to remove you from society by any means necessary. • We have an Islamo-Communist sitting inside the White House, and he is methodically trying to destroy America. • The decision-making agenda is set for us by unnamed elites on a variety of issues. As patriotic as they come, Arrington argues that if America is ever going to be destroyed, it will be from within. His warning comes through loud and clear in Politics in America.

Dr. Randy Arrington is a retired naval aviator who rose to the rank of commander. He is also a retired U.S. Customs interceptor pilot and served as deputy director of air and marine operations in the San Diego Office for the Department of Homeland Security. He lives in Peachtree City, Georgia.