The Ultimate Guide for the Serious Drummer 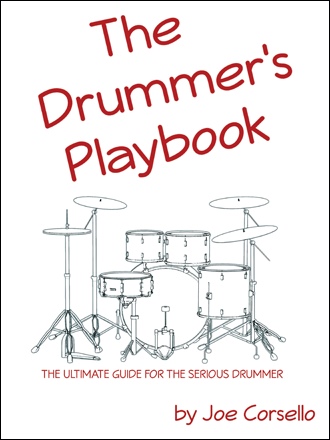 Acclaimed as one of the leading jazz, drummers of the modern era, Joe Corsello has authored the essential guidebook for drummers of all levels who are looking to improve their skills.

Drummer Joe Corsello was born and raised in Stamford, Connecticut. He has made a lifetime commitment to playing drums and continually strives to reach new heights in the drumming world.

Joe studied at Berklee College of Music in Boston, Massachusetts under the watchful eye of drum legend Alan Dawson. After leaving Berklee, he enlisted in the U.S. Army and was assigned to the Army Band, stationed in Staten Island, New York.

During his time in the Army, Joe studied with drummer Joe Hunt, who was living in New York City. After completion of his service obligation, Joe went on to tour with the Glenn Miller Orchestra, under the direction of Buddy DeFranco. Joe remained in New York City as house drummer for Michael’s Pub, backing jazz artists Red Norvo, Joe Venuti, Dave McKenna, Hank Jones, Zoot Simms and pianist, Marian McPartland.

Some of Joe’s latest works can be heard on Big Fish Music’s production of cinematic percussion sounds.