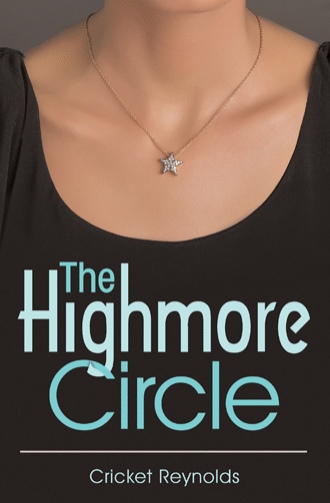 I almost felt a hint of sadness that the session was over. I felt close to these women, these emotional drifters. For a little while, thoughts about Jack and Sam had left me, and my feelings belonged only to these women. For the first time in a very long time, I felt connected. In this circle my loss was not bigger than I was. I was becoming part of them, and they part of me. For all the words I could not bear to speak to others, I spoke freely to these women. And the chains and shackles that still dragged behind me everywhere I went, I easily left at this door.

That night, I dreamed of my mom. She sat next to me at first, saying nothing. Then she bent down and slowly removed the shackles from my feet. She took the chains and tossed them aside. When the last lock was released, she looked up at me and said one word: “Freedom.”

“What would you say to your mom if she were here right now?” Dr. Gretchen inquired.

“I would tell her I loved her.”

“Of course you would. But what would you say to her about this secret you now know?”

I looked out the window for a minute. “I would say she deserved better than the fake circumstances of her life.”

“I would tell my mom to hire someone to fix the garage door. It would have been money well spent.” Ginger shrugged her shoulders as she spoke.

“I would tell my mom to leave my dad,” Ellie said.

I looked over at her, surprised. I wanted to ask her why but didn’t.

“I would tell my mom …” Sarah’s voice trailed off.

I could see the waterworks beginning to form. Ginger used her stiletto boot to slide Sarah’s purse beyond her reach.

“I would tell her I’m sorry for doing what I did. I just didn’t see any life without her.”

I noticed Ellie’s already-perfect posture straighten even more as the words slipped from Sarah’s mouth.

“What did you do?” Ginger’s voice was filled with concern.

“I took some pills.” Sarah’s head dropped in shame.

“Diet pills.” The room was silent. “All I got was diarrhea.”

“Why did you take diet pills?” Mindy asked.

“It was either diet pills or gas pills. I thought maybe the diet pills would work better.”

“I’m not really sure any pills would be the right choice, Sarah, ya know?” Ginger used a long red fingernail to adjust one of her eyelashes.

“Tell us about your life now, Sarah,” said Dr. Gretchen, trying to break through to Sarah.

I looked down, sad for her, wondering when her life had become nothing to her.

“Well, what did you do yesterday?”

“I worked, went home, ate, had sex, and went to sleep. Same thing I do almost every day.”

“Say again?” I must have misunderstood her. I thought she’d said she had sex, but she must have said “played the sax.”

“I worked, ate, had sex, and went to sleep.” Yep, that’s what she’d said. Sarah Bland was having sex, which was more than I was having.

She shook her head.

“Thinking sex takes away the pain is wishful thinking,” said Ellie. “It’s only an emotional mask. It never fixes the problem. It always comes back tenfold.”

I looked over at Ellie. Twice tonight she had surprised me with her comments.

“Sarah, when was the last time you felt good about something?”

Sarah looked sideways at Dr. Gretchen. “Last Friday, when I left session. It made me feel good to be here.”

Ellie slid her hands over her bangs. “Other than Jack, I’ve never really had anyone to talk to about losing my mother. No one really understood, until now. I’m not sure why I feel like I’ve known you all forever.”

“Because in a way, you have,” Ginger said. “Inside, we’re the same person. We have holes so big inside us that only someone else with the same hole gets what that feels like.”

I looked at Ginger for a long moment. She was someone else on the outside tonight, but the real her was still on the inside.

“How do you fill the hole?” Sarah asked with a glimmer of hope in her voice.

I looked at each of my circle sisters—Ellie, with her one tiny strand of hair falling out of place; Sarah, with her big brown eyes that flickered slightly when happiness found its way to her; Ginger, whose mole near her upper lip curved into a heart when she smiled; Mandie, whose sole dimple on her left cheek appeared out of nowhere; and Mindy, whose small space between her front teeth made her look girlish even though she was every bit of forty. If I needed to, I could describe every detail, down to the littlest freckle, of each of these women. And that seemingly ordinary moment became my extraordinary one.

Gracie Anderson, a single college professor in her thirties, knows her life is severely lacking—no dates, no pets, and no real personal life to speak of. But now she’s stuck: her best friend, Chloe, has signed her up for a support group that meets at a local community center in an attempt to hook her friend up with the man of her dreams. Instead, Gracie meets five other women who are different from her and from one another as night and day. A librarian, a dominatrix, a fashion consultant, a housewife, and a blue-collar worker—and the only thing they have in common is they are all motherless daughters. Reluctant to participate at first, Gracie soon finds herself a critical member of the group. Trying to juggle her successful career, overprotective best friend, snobbish socialite grandmother, new boyfriend, and old boyfriend just might be too much for Gracie, but two things will help her through: her sense of humor and the Highmore Circle. In this novel, six women with seemingly only one thing in common navigate the perils, pitfalls, love, loss, happiness, and craziness of life together in a humorous and memorable way.

Cricket Reynolds, a casino executive, holds a master’s degree in organizational communications from Purdue University. Twenty years, two crashed laptops, one corrupted jump drive, one career, and two children later, she is finally bringing Gracie Anderson’s story to life. The Highmore Circle is her second novel. She presently resides with her family in Northwest Indiana.