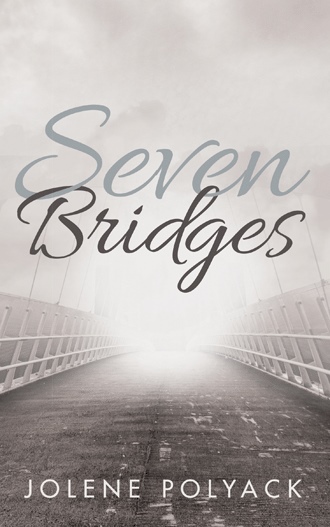 “Why am I here?” “Why do you think you are here? What do you remember?” “I was in Atlantis with Septima in my arms. She was dead. The ground began to give way, and now I’m here. It’s all white. I cannot see or feel. I have no body! I only have my thoughts! Am I dead? Is this death?” “There is no death. Only enlightenment. You are very new. You will stay here and consider what you experienced in Atlantis. When you are ready, you will learn more.” “When will I be ready?” “That is for you to decide. You will know, and then you will begin another lesson.” “How will I know?”

Amam and Khaba played with sticks in the road. Their bare feet were covered in desert dust. With less than a year separating the two, they almost looked like twins. They behaved that way too, each knowing what the other was thinking before it was said. They were part of a large family who farmed wheat on the outskirts of Cairo along the Nile. There was not usually much time for play, but today most of the family had traveled into Cairo to sell their crop at the local bazaar. The boys were too young to go, and, quite frankly, the family preferred to keep them at home since they required more supervision than anything else. Amam’s emerald green eyes peered out from his long, dark, unkempt hair toward his brother. “Let’s go swimming,” he said with a grin. The family being gone was like a holiday for the two brothers. When their family left them like this, once each year, they did whatever they could imagine to take advantage of the freedom. Farmer’s work was long, hard, and neverending. They had to pack an entire year’s worth of child’s play into this one day. They raced from one activity to another. Nearly all of their adventures would have garnered whippings if they had ever been caught. Khaba immediately pulled his shirt off and flung it to the ground. He raced to the river, intending on beating his brother to the edge. Amam’s heavy breathing grew closer behind him; he might overtake him soon. The two made it to the bank at nearly the exact same time. Neither stopped. Both flung their bodies into the cool water without hesitation or abandon.

It wasn’t long before they became bored. After all, there were so many other things to do before their family returned. They couldn’t spend too much time on just one activity. Khaba suggested, “Let’s go to the silo!” They grabbed their clothes and headed toward the tall cylindrical structure near the dirt road of their property. Both climbed up the sides like lizards until they reached the top. Clearly this wasn’t their first time. “Let’s jump in!” said Khaba with a long smile bookmarked by dimples. “How will we get out?” retorted Amam. “Through the door at the bottom. It’ll be unlocked, since they just emptied most of the wheat out.” “What if it’s not unlocked?” “Then we’ll climb back up!” Khaba said, the octave of his voice ascending on the last word. As he said it, he jumped into the silo. On his way down, his foot somehow caught on one of the side rungs. His body jerked from the fall, and he heard a loud snap. His leg was not equipped to take the sudden halt of motion. Excruciating pain pulsed through his body, and he released a guttural scream. His shaking hands reached for the rung to try to lift his foot out of the predicament, but shock had rendered him unable to do so. He looked down and realized that if he did release his foot, he would land on his head or back. Neither seemed like a good idea.

Amam had watched with fear as his brother had been caught. He called down to him, “I don’t know what to do. What do you want me to do?” “I don’t know! I don’t know! It hurts! I can’t get my foot free, and if I do, I’ll fall backward!” Panic gripped both boys. “Let me think!” Amam yelled down.

“Hurry! I think I’m going to pass out, Amam. Hurry!” Khaba’s voice was getting weak and jittery. He began to shiver from the shock. Amam climbed down the inside of the silo until he reached his brother. “Can you put your arms around my neck?” he asked. Khaba shook his head. “I don’t think so. You’re too far up. I can’t bend that much.” “You’ll have to. I can’t think of anything else to do. On the count of three, thrust yourself toward my neck, and I’ll get as low as I can so you can wrap your arms around me. Please, I can’t think of anything else. “One … “Two … “Three.” As the brothers attempted to meet midair, Khaba was able to grab onto Amam’s neck, but the momentum was too much for Amam to hold himself on the rung and take on the added weight of his brother. Amam fell to the bottom of the silo and hit the minute amount of remaining wheat with a thud. The shift in his own weight allowed Khaba’s foot to free itself from its own rung, and he fell down, landing on his brother. Both boys remained motionless.

Imaginative story about a being who we first meet in Atlantis. As he progresses through each of his seven lives, he experiences new circumstances and situations each designed to provide a new ribbon of knowledge and perspective. During his procession he has the opportunity to interact in a variety of relationships with other beings, some that he has known previously. At the end of each life he finds himself in a place of pure whiteness, the bridge, where there is no body, only thoughts and a guide helping him to reflect upon what he has learned—and determine whether it is time to make use of his understanding in another, mysterious way. “I absolutely loved Seven Bridges! It drew me in from the first chapter and as I finished each one I couldn’t wait to get to the next to see where it would go. I was intrigued by the way each chapter was unique to itself, yet followed his journey in a surprising and unexpected way. I loved the different settings and time periods and I felt like I was there with him. The book was quick to read, with enough details to understand what was going on and who he was interacting with, but not so much that I got bogged down in details. I didn’t want the story to end, I hope there’s another Seven Bridges that he has to cross!”

Award Winning Author Jolene Polyack writes columns, news and feature articles, short stories, blogs, and novels. She is the author of the adventure series Twenty-Seven. A connoisseur of new experiences, she recently summited Mount Whitney, went on a Big Foot hunt, and experienced a sensory deprivation chamber. She lives with her husband and two boys in central California.