The Revealing of Thare 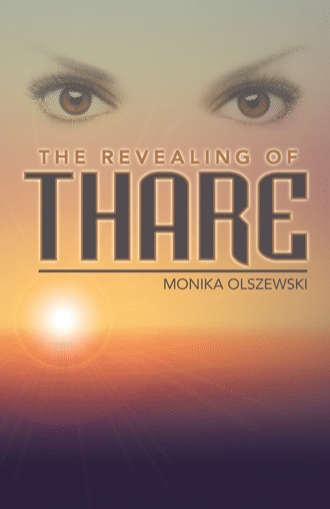 Obsidian just wants to be invisible on her first day of her junior year. Things would be fine if she hadn’t just switched high schools and moved back to her old house with her parent-chosen guardian, Mason. Steeped in discomfort after she lies to her teacher about her past, Obsidian quickly realizes that everything already seems to be going wrong—and it’s just the first period.

Fellow classmates Damian and Car could not be more different. Damian is a jerk who is determined to get on Obsidian’s black list. Car is a great guy who feels responsible for her obvious new girl syndrome. As Obsidian struggles with the nagging feeling that she knows Car from somewhere, she becomes best friends with Willow who soon reveals her connection to Damian and Car. Unfortunately nothing can prepare Obsidian for the trouble that is brewing as her past rises up to meet her and leads her to uncover her surprising true identity.

In this compelling juvenile fantasy novel, a teenager embarks on a coming-of-age journey where she discovers her destiny, finds love, and becomes immersed in an extraordinary battle of good versus evil.

Monika Olszewski first began writing her debut novel when she was sixteen. Now nineteen, she lives in Ontario, Canada, with her parents and two sisters.