A Return to Chelm 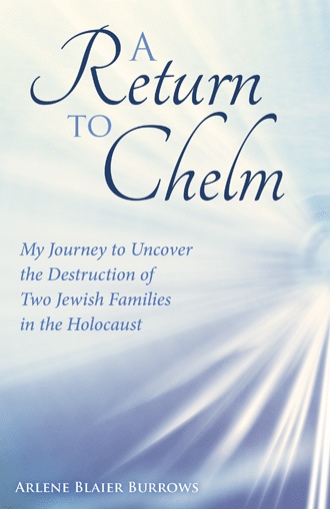 Chelm is perhaps the most famous town in all of Jewish folklore, a mythical place of befuddled but endearing fools.

It also happens to be a real place -- the city of my ancestors.

After all, growing up, we had heard stories about Chelm, and all of them were scary or sad. Persecution, repression and poverty were the main themes, whether the Russians or the Poles were in charge.

Our elders didn't like to dwell on this dark past, but as we grew older ourselves, we couldn't help but want to know more about this city of our past -- especially now that it appeared to have been lost to history.

Life was hard enough for the Jews of Chelm, and then the Shoah all but wiped them out. At the outbreak of World War II, 36,000 people lived in Chelm, of whom 18,000 were Jews. Approximately 300 to 500 of them survived the war. After roughly 700 years, the Jewish community of Chelm had been extinguished.

I remember being told that 72 Blayer and Groman relatives had been murdered in the Holocaust. Astoundingly, eight survived. I wanted to know more about them, and, indeed, about all the Jews of Chelm.

And so I made a genealogical excursion to this small city in southeastern Poland, to archives in Warsaw and elsewhere, and, of course, to the death camps in which so much of Polish Jewry perished.

I went hoping to find scraps of information on the Gromans and the Blayers. Instead, I discovered a trove of information on what I thought was a lost community and -- most importantly -- its descendants who continue to live and thrive decades after their intended annihilation.

Here is what I found:

At the outbreak of World War II, almost half of Chelm’s 36,000 residents were Jewish, but only a few hundred survived the war—virtually wiping out a community that had lived for 700 years in southeastern Poland.

Eight of Arlene Blaier Burrows’ relatives somehow survived. Seventy-two members of her family, however, were killed in the Holocaust.

In A Return to Chelm, she goes on a deeply personal journey to learn more about her Blayer and Groman relatives who lived and died. In the process, she forges a connection with all the Jews of Chelm.

She traces genealogy, explores archives in Warsaw and elsewhere, and sees the death camps where so many of Poland’s Jews were savagely murdered. She uncovers a treasure trove of information about a lost community whose descendants continue to thrive decades after their intended annihilation.

While the author’s elders told stories about Chelm as she was growing up, they never dwelled on its dark past. With the city seemingly lost to history, she finds there’s a lot worth remembering despite the city’s history of persecution, repression, and poverty.

Arlene Blaier Burrows is a clinical psychologist practicing in Williamsville, New York. Formerly, she was on the faculty of SUNY at Buffalo. She has been married to her husband, Ronald, for fifty-two years, and they have three children and six grandchildren. This is her first book.