Book One: A Light in the Dark Series 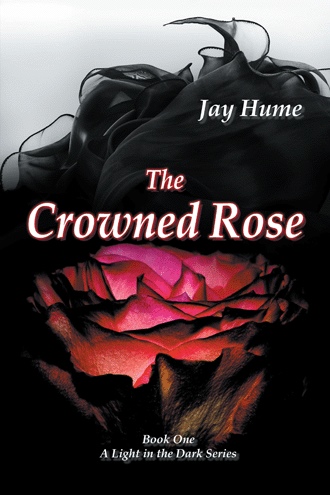 Eighteen-year-old Amekia D’aterryan is happily living a quiet existence with her parents on the outskirts of Ernsted—until her brother, Jorden, comes to visit after a years-long absence. Immediately after he delivers the shocking news that the king wants to hurt him, Amekia and Jorden are separated in the Old Forest during a horrible rainstorm. Now Amekia must somehow survive long enough to find her way back home.

While on a search for food, Amekia’s growling stomach leads her to the camp of a hermit whose past is shrouded in mystery. After Kytos, who strangely seems to know she was coming, tells Amekia she is an Elementalist with magical abilities that the king desires, she is left with no other choice but to seek refuge with a group of rebels known as the Resistance. With help from Kytos, she embarks on a long journey to find the Resistance. But when she is unexpectedly pulled into an uprising, Amekia soon realizes that sometimes it only takes one person to make a difference as her destiny rises up to meet her.

In this exciting fantasy tale, a young woman seeking refuge from those hunting her is about to discover just how important she is in a world torn by war and betrayal.

Jay Hume was born in Dartmouth, Nova Scotia, but spent most of his childhood in Truro. He holds diplomas in web development and business administration from Nova Scotia Community College. Jay is a lifelong reader and lover of fantasy novels who currently works as a freelance web/grahic designer. The Crowned Rose is his first book.