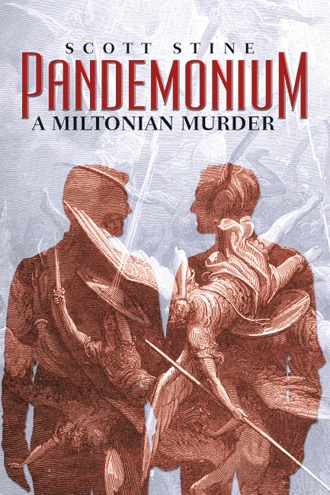 The light is an ugly mustard yellow and it makes the green wallpaper seem uglier than its considerable ugliness. To go on, I’m frustrated because, despite the fact I can’t keep the Gloucesters straight, I have to figure out all the Sin and death and Beezlebubs of Milton before I hit the hay. I open the book that my brother Byron gave me and there’s the god-damned letter I stuck there, dated exactly four years ago today. July 26, 1980 Dear Stupid, Thanks for the racquet. It has made me the envy of the whole club. It has gotten a lot of use; I’ve been batting the ball about four hours a day. Did I tell you that my best friend Andrew got married?... It was here that I started to cry in earnest. I saw my room swimming in glowing mustard, the desk, the book, the letter. I really loved my brother. I didn’t cry at Byron’s funeral. Everything was too weird. I guess I was kind of mad about it all. I couldn’t imagine how to get through the 1980s without him. Even though I’m his age now, I haven’t changed my opinion: the eighties are bleak. Byron should have seen them through, as he’d have been the perfect one to comment on this particular époque of the muddled history of Man. I feel lost without him telling me about it all, about how to think of it all. Today would have been Byron’s birthday: July 26, 1958; that makes him a Leo, for what it’s worth. Leos are supposed to be confident, ambitious, loyal, generous, encouraging. They say that people are attracted to a Leo’s “zest for life”. After Byron wrote the letter that I kept in his book, he killed himself. I don’t remember much about that whole time. Byron was across the country, in Berkeley, California when he threw in the towel. It freaked me out to get his letter a day after my mother called to tell me the news. How can your best friend be dead if you just got a god-damned thank you note from him? The funeral, the flowers, our mother being all drawn and tight-lipped and stoic. It was summer, the season that had been our best times together. I felt mightily betrayed and monumentally angry. Byron had an attitude that I’m still trying to get a handle on. He was extremely perceptive, not to mention erudite. I depended on his good nature and sophistication to keep me from burning myself up inside about what was happening outside. I am an Aries.

It is 1984, and Brad Morton is a twenty-three-year-old college student who is still devastated by his brother’s suicide. For four years, he has done his best to not think of Byron or his untimely death. All he needs to graduate from Brown University is to complete a thesis on Paradise Lost. But first, he needs to find out why his brother died.

After he dies from Rhode Island to Berkeley, California, Brad heads to Byron’s former apartment building, where he retrieves a small cardboard box that belonged to his brother. The box contains a journal, several photographs, and a lm reel that send Brad on a determined quest to understand his brother’s secret life. As Brad’s search for answers leads him into a dark gay underworld plagued by a heartbreaking disease, he crosses paths with a flamboyant sculptor, a female detective, a New Age psychic, and Byron’s past roommate. But when he realizes his brother’s death may not have been intentional, Brad journeys through pandemonium filled with a long list of suspects and possibilities. Will he ever find the answers he so desperately needs to move forward with his own life?

Pandemonium shares the compelling and poignant tale of a brother’s quest amid 1980s Berkley to learn the truth behind his brother’s death.

SCOTT STINE earned a degree at UC Berkeley and subsequently studied with the Bay Area Writing Project. He has been a high school English teacher for thirty-five years. Scott lives in Northern California. Pandemonium is his debut novel.