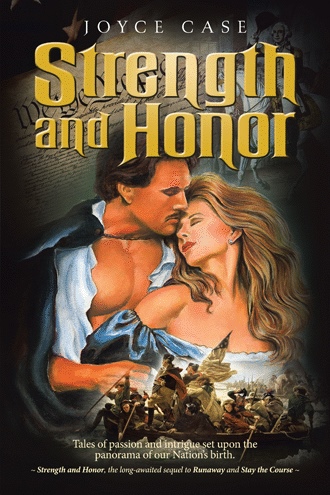 The voice was loud and intimidating, catching the attention of everyone at the party. The music stopped and chatter filled the room.

His jaw flexed nervously, but his steel-gray eyes showed no intention of doing as he was told. “I told you to let my wife go!” Colton stomped across the dance floor with his fists balled tightly, ready for action.

Monet swung around and pushed Sashsa to the floor between his legs, then readied his lean, brawny body for his assailant.

Leaping away from the serving table, Colton plunged into immediate attack. His rush was vicious and intense, but the marquis fell into a comfortable stance, repelling each powerful fist easily. Colton’s survival instincts clouded his judgment, and he hurled his body into the marquis. He felt a sting and looked up to see that the blade of a very sharp dagger had nicked his neck; tiny droplets of blood were tricking down his linen shirt, staining the fabric with a miniature crimson river.

Sashsa tried to slide to the opposite side of the marquis, but she was trapped. His heavy boot stood on the corner of her gown, refusing her the freedom she sought. She was forced to watch as Colton tried to regain his balance and amble to his feet.

“Stay down, Monsieur, or I will be forced to take more severe action against you.” His lively eyes appeared as slits, dancing in merriment as he roughly grabbed Sashsa’s arm and pulled her taut to his chest. “Your beautiful wife and I have some unfinished business, and I intend to execute my desires with her.” He then put the razor-sharp edge to her neck and pulled her along with him as he backed out of the room.

“You will not get out of here alive, Monet!” Colton stood his ground, fearing that one little slip on his part may end up as a cut into his dear Sashsa’s flesh. His eyes nervously searched the room, a feverish effort to count how many allies he had, men who would attack the fiendish marquis at his command. “I do not understand. Why my Sashsa?” he asked, as calmly as he could.

“Don’t be a fool, Majeur. She is a spy and will hang as one. You and your children should beware of the future. General Howe will reward me handsomely for such a beauty. I repeat, do not try to stop or follow me, for I have friends outside this door.” Then, with his blade hand, he maneuvered the latch of the big oak door and, with the other, grabbed Sashsa by her hair, keeping her close to him.

She felt as if her head was in a vise, and each time she moved, the point of the dagger at her throat pricked her delicate skin. Her emerald-green eyes pleaded with Colton, imploring him to stay back. Never one to stand idly by like the proverbial damsel in distress, she entertained thoughts of hurling her body hard against her abuser, but the fear of the blade slitting her throat stopped her. 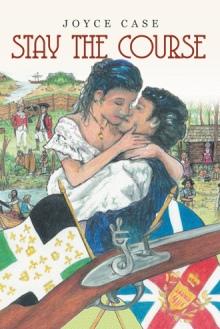 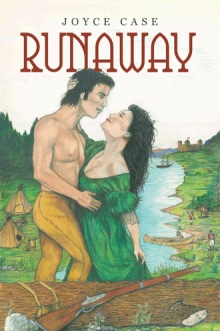 “TO ARMS! TO ARMS! THE BRITISH ARE COMING!”

It is 1775, and the English, accompanied by their fierce Hessian comrades, are invading the colonies, demanding loyalty to King George III.

In the midst of this rich chapter in American history, we find one of the most unique, emotional, engrossing stories you will ever read! An intriguing page-turner that will immerse you in a world of romance, steeped with history, Strength and Honor continues the tale of a headstrong, vivacious temptress and the man who is deeply in love with her, a personal scout to the one and only General George Washington. In spite of its historical underpinnings, Strength and Honor is a fresh look at romance, written with flare, a vivid and unforgettable story set against the backdrop of our very roots. This book will take you back to the days of George Washington, Ben Franklin, Thomas Jefferson, and the rest of our founding fathers.

In this sensational tale of passion and an undeniable love that cannot be broken, Sashsa Nicole Lorraine Dupris Gray and Colonel Colton Tyler Gray continue their fight for independence alongside the Commander and Chief of the Continental Army, General George Washington. Danger lurks behind every shadow as the secret patriots of the spy ring provide vital and confidential correspondence to the Spymaster, who, against tremendous odds, manages to stay one step ahead of the pursuing British.

Meanwhile, as hordes of English intruders sweep the colonies, Ziva Isabelle Durpis Gray fights relentlessly to keep her independence from Scottish Captain Drake Cameron, who stirs her very soul. Will her consuming passion for him make her surrender her body in one fleeting moment of weakness?

Drake seeks Ziva out time and time again, displaying his devotion, only to be met with rejection. Still, no power on Earth can force him to relinquish his exquisite treasure, for he knows that only she can unchain the tenderness in his heart. He vows to have her, for only Ziva can be his love, the one to cherish, to desire, and to carry off to uncontrollable passion.

Destiny brings the two together among the Rebel Blue Coats, Tory Green, and King George’s hated Red Coats to build yet another dynasty. Will strength and honor prevail for all, or will their passions get the better of them in the heat of battles galore?

Joyce Case relies on her diverse background in music, athletics, and sales/marketing for inspiration when writing her stories. The author of Runaway and Stay the Course, Case lives with her husband in Ohio, where she is busy writing the third book in her historical romance series.