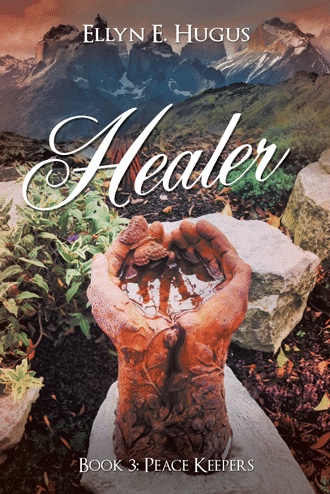 It was nearly a year ago when I moved into a house with my friends, Thomas McCarthy and Lisbeth Moore. We bonded over the usual things, similar taste in music, common sense of humor, and when we realized that we were all in need of new roommates, we decided to try living together. Next thing we knew we were going in together on a house in one of Chicago’s many neighborhoods. At first we wanted to rent, but when we chanced upon the perfect house, rent turned into buy.

No sooner had we moved the first few boxes in than a routine began to take shape. We went to work – Lis as a vet tech, I as a chef, Tom as a policeman – and every morning, before dispersing, we sat, cross-legged on our living room carpet to meditate.

Yet, in all the mornings we had spent in meditation, we had never seen her before. The vision of a woman wearing a pale-green Grecian-style dress, her hair and eyes a myriad of natural color; and her facial features, eerily familiar and not at the same time. She appeared on the black backs of my eyelids, startling me out of the rhythmic in-and-out flow of my breathing. Out of reflex I raised my hands, which had been resting on my knees, to my face, but didn’t open my eyes. As the initial shock began to fade, I couldn’t shake the sense of familiarity in the image.

“Katarina Contigas, Thomas McCarthy, and Lisbeth Moore. Two daughters and a son, I am pleased you have found one another.” I watched the woman’s lips move in sync with the voice echoing gently in my skull. She chuckled; her eyes crinkled as if amused. “I assure you that you are perfectly sane my children.” Apparently she was speaking to all three of us at once.

As a daughter who is close with her mother, it was difficult to believe there was any legitimacy to this woman’s, this vision’s claim. This woman, with her hair that fell in many colors to below her waist; her multi-hued eyes that revealed as much as they concealed; and whose body hinted at steel beneath its silken exterior. This woman I felt I had known for eons instead of seconds, and who claimed to be my mother.

No sooner had these thoughts crossed my mind than the images began. Visions of scenes and echoes of emotions and sensations that registered in my memory as familiar even though I had no living recollection of them. There were snapshots of history so deep in the past that there was little or no record of them and others so recent they could have been yesterday. Eventually the idea began to dawn on me that in fact they were my memories, they must be from my past lifetimes.

When I thought they were finished, they began afresh, with renewed urgency and vigor, but less familiarity. These, I recognized more quickly, were not my own. These must be my siblings’ memories; my roommates, I corrected my subconscious slip. Things began to click into place, but part of me was still more preoccupied with correcting the relationship label than asking why I was remembering their lifetimes as well as my own.

After what seemed like several moments, the urgency embedded in the images gave way to an entirely foreign sensation. I felt as well as saw the woman smile at the same moment I became aware of a bronze-lit energy coiled tightly at the center of my body, my core. The smile and image faded until it disappeared, untraceable, and was replaced by the sensation of that energy as it spread out, into and around every cell in my body. Encapsulating me in its subtle warmth.

My eyes fluttered open to the more tangibly formed sight of Lis and Tom, seated, cross-legged as before, beside me on the carpet. The first rays of dawn caressed my skin. I watched the light glance off the surfaces of the room as it warmed my face. All the while struggling with the budding conviction that something larger than even our collective imaginations had begun.

The morning she learned of her identity as Peace Keeper, Katarina Contigas discovered she possessed an unprecedented ability to heal. Living on the outskirts of present-day Chicago, Kaya quickly realizes that she must keep her gift a secret—something she finds increasingly difficult as the demands of being a Peace Keeper take over her life and those of her sibling-housemates.

Kaya and her fellow Peace Keepers, Lisbeth Moore and Thomas McCarthy, work to prevent Ashlinn Tiernay’s global warming vendetta from destroying the planet they call home. These efforts take Kaya deep into isolated mountains of southern Chile, dangerously near the Ring of Fire, at the request of WHO physician Shadeed Qureishi. There, a bizarre turn of events has Kaya questioning everything she thought she knew about herself and her Peace Keeper family. Now only time will tell whether they’ll be able to keep themselves and the earth safe, as uncountable lives hang in the balance.

In this third installment of the Peace Keeper series, an ancient battle reaches its climax, and one young woman must choose whether to use her healing abilities to save the planet.

Ellyn E. Hugus currently a PhD candidate at the University of Glasgow, is a Midwest native from Wisconsin and the author of the first two installments of the Peace Keepers trilogy: Symphonic Storms and Plant Speech. Her doctoral research is on equestrian sport culture in contemporary literature.