Words to Live By

Quotes and Stories that Inspire our Time on Earth 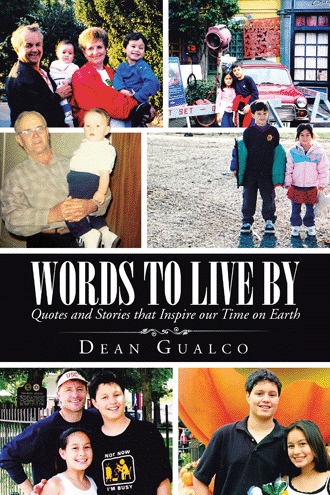 We strive to do something and to be someone so that our life can have meaning before the sands of time fall in the hourglass. To do something and to be someone is an arduous task, but it can be done. Greatness can be achieved, though it may not be accomplished in insolation or without the benefit of an illustrious guide that will help illuminate through the often contentious and fractious world in which we live. For many, that illustrious guide is a philosophy of life, a phrase or statement that serves as a reminder of the type of values and ambitions they stand for, the type of person they hope to be, the type of world they hope to build.

The right philosophy of life can inspire a person and their generation to create a more noble and just world, and to become a more decent and honorable person. In an often more contentious and fractious world, three philosophies have served as the shining beacons in my life, inspiring me to be a better person and to make – in some small way – the world a better place. They are:

Always look for the good along the road of life - Far too many search for what is wrong in life, focusing on the tribulations rather than the journeys and adventures, rather than what is right. One can lament on the isolated losses and failures, or marvel at the successes and victories that form the nucleus of a privileged life. To seek happiness rather than sadness, to offer admiration rather than criticism, to be appreciative rather than ungrateful, and to search for the good rather than the evil are all choices available to each and every one of us, if we so choose to make the right choice.

Rarely do people pass through life unscathed: births are followed by deaths, some marriages end in divorce, bankruptcies may occur more frequently than windfalls. But nearly every person can see, hear, smell and walk. Most have sufficient food to eat, good health through their life, a job that affords a certain standard of living, friends to spend their time with, and are loved by someone and have someone to love. These may be the basics of life, but the appreciation of these basics serves as the cornerstone of a good life, the foundation upon which contentment and happiness are achieved.

Challenges are a surety in life, often having a debilitating effect on one’s mind and body. Happiness or sadness, courage or fear, and being grateful or ungrateful all lie within our control. One cannot control every challenge in life, but all can control their response to these challenges. Follow the right path and live a life that is decent and honorable. Along the path, remember to forever be grateful for life’s blessings and be grateful for the good along the road of life, for happiness and peace and not for what was achieved through any other means.

Go down swinging: the fear of failure, and the fear of what others think, has destroyed the ambitions of most men - One of life’s great tragedies is the many who reflect upon their life as a series of abandoned dreams and lost opportunities. Success and accomplishments are overshadowed by failures and disappointments. We seem to lament the cowardice we harbored rather than the courage we displayed, and that fact harkens of time wasted and promises unfulfilled, paralyzed minds and traumatized souls.

Regret is a circumstance common to those without the courage to stake their own claim in life, without the guts to follow their own ambitions, and without the resilience to persevere through any adversity or criticism in their path. Those that forsake all in the pursuit of noble and just ambitions are a solitary breed, unusually possessed of the fortitude foreign to most men. They display the unusual trait of fearlessness, of the ability to go down swinging for who they are, what they believe in, and where they intend to go.

The capacity and capability to go down swinging for one’s life’s ambitions is truly unique. For most, if not nearly all, life is limited by two fears: a fear of failure and a fear of what others think, both of which destroy one’s ambitions. The pursuit of greatness and genuine goodness is often resisted by those at the other end of the moral spectrum, which is why those with uncommon decency stand in stark contrast to those with common bitterness. Jealousy, envy and selfishness are the foundational touchstones of those who applaud failures and ridicule actions of others, resulting in an unfulfilled person and an unremarkable life. Conversely, those who have learned that the fear of failure only arises through the pursuit of grand adventures, and that fear of what others think only arises from those without your best interests at heart, are those who eagerly go down swinging in the extraordinary pursuit that defines their existence.

Rise or fall, succeed or failure, win or lose, those that go down swinging change the course of their life. Moreover, those few who forsake the adversity, criticism and fear so prevalent in our society are the very few who change the course of history. It may be the singular most important pursuit of life: to pay any price and to bear any burden to chart your own course and light your own path. Take a chance and live your life: at the end of our time on Earth, the times that matter are those where you believed in something, worked for something, and went down swinging for something that was noble, that was just, and that was right. I hope you do not miss that opportunity.

Do something: if you spend your time doing good, maybe the Good Lord will let you stick around a bit longer - Work and play, greedy and giving, love and hate. The world is replete with stark contrasts, of choices and consequences, of similarities and contradictions. One of life’s grand mysteries is what someone should make of their life, of what they should do with their time on this Earth. We do not have the same opportunities as our neighbors, friends, or those in other countries, but everyone has an opportunity to improve upon the life into which they were born, to become a better person tomorrow than they were today, to make a difference – in some small way – with their time in this world. It is regrettable that so few take the opportunity to do so.

I have long believed that if you can dream the impossible dream, be determined to achieve it, never fear failure or what other people think, work hard, do what’s right, and always look for the good in life, then you will have greatness within your grasp. Fame and fortune are not the determining factors of a great life, but rather that you fought the good fight, that you did the best you could with what you had, that you did what is right and that, in some small way, you make a difference. It has been a great ride, and for that I have been blessed. 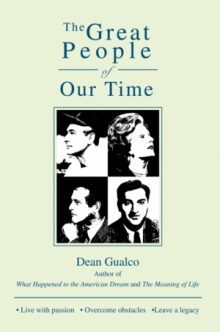 The Great People of Our Time
Dean Gualco
$10.95 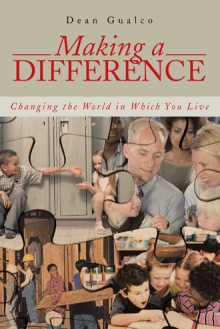 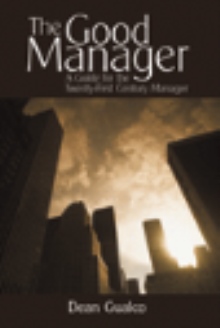 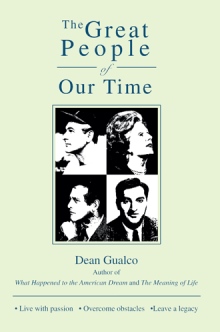 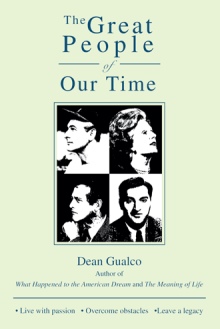 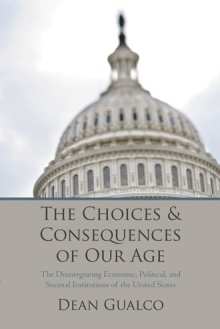 The Choices and Consequences of Our Age
Dean Gualco
$22.95 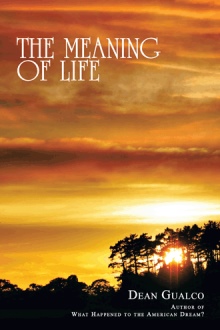 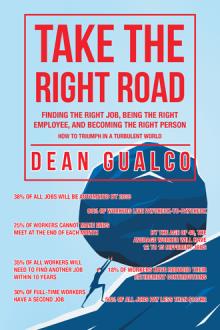 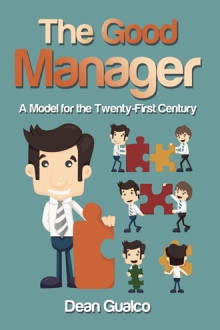 “Failure is often the consequence of daring to touch the stars, but on those few occasions when the stars are touched the world brightens from their luster.”

This book comprises the philosophies, quotes, lists, and stories that have influenced my life. Whether the journeys traveled to the highest mountains or to the lowest valleys, these philosophies have inspired me to never give in and never give up on that which is my destiny. These lists have served as the strategies and playbooks to guide my actions at home and at work. Finally, these stories have reminded me that no matter the victory or loss, greatness is within my grasp if I work hard and do the right thing.

My profound hope is that the philosophies and stories that have influenced my life will inspire you to create the philosophies and stories that will influence your own. Live your own life, not mine, but create the philosophies and lists that will serve as the roadmap for your journey, and the inspiration for when the light flickers along that path. Time is fleeting and boulders impede nearly every road you travel, but for those that can conquer their insecurities, overcome their burdens, do what is right, and live a decent and honorable life, the possibilities are limitless. You may not write the great American novel or shape the history that will define your generation, but you will surely live a life of excitement and adventure, and along the way – in some small way – make a difference in the world in which you lived.

If this book inspires just one person to journey along that path, I am eternally grateful.

Dean Gualco is a noted author and public speaker who has served as an organizational leader, university professor, and owner of Torgun Consulting, a firm specializing in corporate change management. He earned his doctorate from the University of the Pacific and masters from the University of Southern California. He is the author of six previous books, including The Great People of our Time. and Making a Difference: Changing the World in Which you Live.