Living on the Grid

The Fundamentals of the North American Electric Grids in Simple Language 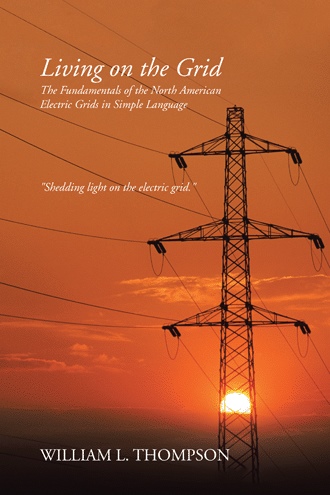 The Government's Role in the Grid My lovely wife and I were invited to an industry conference on competition in the electricity business. In the evening the conference sponsored a wine-tasting event followed by an open microphone for making comments about competition. My wife is someone who does not hold alcohol well. She somehow managed to get the microphone and said she was worried that with a competitive electric business there would no longer be a clear line of responsibility if the lights went out. “Who would I call: a marketer, the local utility, or another utility from a different state? I mean, I sleep with the guy who runs the transmission grid, but I couldn’t get my power back for seven days after the last hurricane. What will I have to do after competition?” I hid under the table. An Interconnected Grid Analogy So far we have a large (networked) interconnection of transmission lines and generators, connected to substations that distribute power to the customers (radially for the most part-the main exception is in big cities). Power is put on the grid by the generators, where it is commingled with all the power generated by all other generators, and then delivered to the substations. An analogy for this is to think of a barrel half full of water with several pipes bringing water to the top of the barrel, while there are several pipes in the bottom of the barrel taking water out. See Diagram 1-10. As long as the flow of water into the barrel and the flow out of the barrel are equal, the water level in the barrel stays the same. If there is more flow into the barrel than out of the barrel, then the barrel slowly fills up. Conversely, if more water is draining than replaced by the pipes at the top, then the barrel slowly empties. Of course, the pipes supplying water at the top represent generators; the pipes in the bottom of the barrel represent load. You can think of the level of the water in the barrel as the analogy for the frequency of the system. Similar to the barrel, if there is more generation supplied power than the customers’ load demand, then the frequency of the grid actually increases, much like the level of water in the barrel would increase. [Insert Diagram 1-10] To make the analogy work, let’s say the amount of water leaving the barrel is based in part by the level of water. That is to say that an added level of water would put more pressure on the pipes at the bottom, so more water would flow. And of course, conversely, a lower water level would mean less water flowing out. So now if more water flows in, water level increases and more water flows out until a new equilibrium is reached. The electric grid acts similarly. When generation increases slightly, then frequency increases slightly, and as this happens, the load would increase as well and a new equilibrium would be reached at a slightly higher frequency. Imagine for a minute an electric motor turning a pump that is pumping water. The motor’s speed is proportional to the frequency on the grid that is supplying the power to it. As the frequency of the grid is increased, the motor spins a little faster. The pump also spins faster which results in more water being pumped. Pumping this additional water requires more instantaneous power. So the increase in power output by the generators is used by the load at a slightly higher frequency. Take this example and multiply it by millions of devices and you can see why the grid would simply find a new equilibrium speed where the input power and output power are matched. Remember that the generated power and the power delivered to the load are always equal (again ignoring losses). The grid does not store power (or energy).

There’s probably a good chance that you’ve turned on your television, computer, or an appliance without giving much thought about the electric grid. But when there’s a power outage, it’s a different story. Suddenly, you’re asking yourself questions such as: What is the electric grid and who owns it? Who controls the grid and how is it controlled? What causes a grid blackout? What is the future of the grid? William L. Thompson, who retired from Dominion Virginia Power after thirty-eight years in the electric business, answers those questions and many more in this book for anyone curious about the electric grid and how it works. In plain, simple language, he reveals what goes on behind the scenes at grid control centers across the country. He also explains how electricity is generated through renewable energy sources such as wind and solar. He also examines the causes behind the largest blackout in United States history and how global warming and technological developments could permanently change Living on the Grid.

William L. Thompson earned a bachelor’s degree in electrical engineering from Virginia Tech and a master’s in business administration from Averett University. He retired from Dominion Virginia Power after thirty-eight years in the electric business. He has two grown sons and lives with his wife in Richmond, Virginia.