Autumn Leaves And Other Events 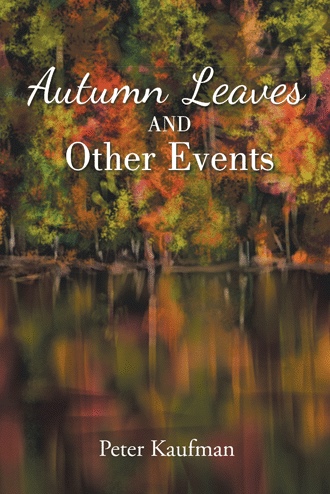 ……..It was also of interest to me that Bradbury did not speak in his lecture to us about Death or how thoughts of Death can impact, effect writing, mental health and a writer’s enthusiasm. As a consequence, I added more of my poems, following, concerning Death; the last one contains four stanzas.

It was Angie who came up with the idea for us to make yet another change/choice for our Travel Agenda by going to the east coast to see the color changes in the leaves and visit a few old friends of mine: Lewis, Bill and Jim in Connecticut, and one of her friends, Ginger, who lives in Vermont. Lewis was the key for me to see as both us went to Yale, graduated in 1950, and worked at North American Aviation, Inc. until he moved back to Connecticut to a good job in Personnel with United Technologies. Both Angie and I agreed it was right to make the trip as time is getting short and many of our friends might not be here next year for us to either see them or the leaves change colors.

So, we made all the phone calls and arrangements, by-and-after talking to Ginger and Lewis, who agrees to our staying with him in Simsbury. He is glad we are coming as he’s due for an at home retirement party from United Technologies which he has delayed planning to give himself for more months than he wants to admit. He even told me on the phone he’s giving up smoking right now to be in top form to handle what is sure to be an adventure to remember; that’s both our visit and all the festivities he is planning. The last time Angie and I saw Lewis was at the Yale reunion, our 60th, which was a few years ago. I’m sensitive to his comment about smoking, too, since I don’t smoke and the biggest percentage of the Class of ’50 are all WWII vets, Service buddies who smoked like hell since who the Hell knew if you were going to be alive tomorrow and smoking relieved lots of tension by taking your mind off the future. The list already includes: Tom, Norm, ‘R.G’, Roland, and John; they are gone and, also, were absent from the ‘60th Reunion.

We were set to take the very early non-top from LA into Hartford on Thursday. Hartford is quite convenient to Simsbury so Lewis can meet us at 12:30 PM; the airport is only about a ten mile drive from his home. He mentioned on the phone, “I’ll need help to pick up ice for the drinks as my old refrigerator’s ice machine continues to miss the morning-report as, Present, so I list it as ‘absent-unready for duty’. I’ve plenty of liquor, especially Southern Comfort, my favorite, I got at the Retirement Party at work; it’s the ice that makes me nervous,” he said.

When we arrived in Baggage Claim, Lewis was already there to meet us. I spotted our bags and Lewis helped me take them off the rotating turn table. I got a metal cart to move the bags and we followed Lewis to where he had parked his car.

“Melissa is at home getting lunch ready, and she expects us about 1:30 so I can take the scenic route to show you one of the great houses in our neighborhood that has a huge amount of land around it and the leaves have already started to change colors. Tomorrow we are off to Boston for a tour of some of the famous sites downtown which will include Faneuil Hall, Quincy Market, The Old South Meeting House, Old North Church if we have time because it is several miles north of the other sites I just mentioned, the Boston Common which is the oldest public park in the United States and the Public Gardens. We’ll eat lunch at one of the restaurants in Faneuil Hall where there is great shopping. As I said on the phone, Friday will be the day I stock up on ice for the party on Saturday. I might need some more liquor especially vodka for the ladies.”

“Sounds like you have planned a full program, Lewis; I guess the property around your house has plenty of trees, too, that are also changing color.”

“Right and Angie can go with us to get the ice and vodka and see some of Simsbury as well. Ok, we’ll be passing the special house and property I mentioned; I’m not much of an expert on trees but the fir trees which are all still green, of course, will stand out like proverbial sore thumbs.”

Angie began calling out as many colors as we could see and to which she gave names---shades of gold, lavender, rust, off-green leaves in some trees where the color change was not complete, fire like orange, gold/yellow and crimson red. Also piles of leaves on the ground some-of-which were already turning a dead-brown.

“Here we are; I’ll put all the bags in the house and up-stairs in your bedroom and show you the bath. We’ll meet in the dining room when you are ready and after Melissa gives you a call to come downstairs, lunch is served. We’re having salad, pizza, ice tea---or coffee if you prefer, and a surprise dessert. So glad you are making this trip and giving us the chance to see both of you again. Here comes Melissa to welcome you. You’re right, Gene, we’ll keep busy during your visit so we don’t waste any time which at our ages is really stupid.” 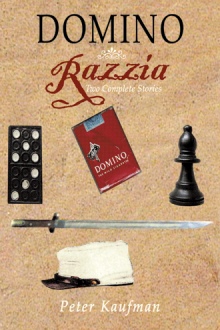 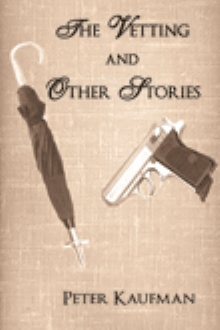 The Vetting and Other Stories
Peter Kaufman
$13.95 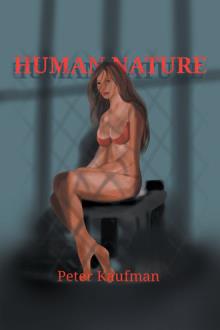 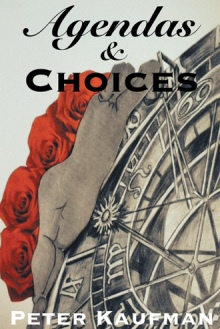 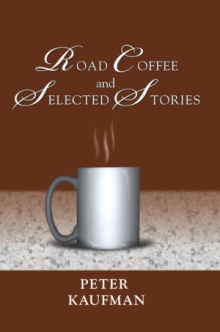 Autumn Leaves And Other Events is a complex collection of challenges to the reader to encounter life as the characters in Autumn Leaves do through illustrative scenes, plots, lectures, dialog, poetry and/or subjective reality hidden throughout the book’s five story configurations; for some perhaps, they will revisit their past before they can hope to understand or cope with it.

Peter Kaufman is a graduate of Yale and USC; also professional civilian and military training. He’s a veteran who served in the Air Force as a Special Agent in the OSI for over a decade; he has witnessed positive, hostile, criminal and various other forms of behavior as people pursue fame, wealth or a calm everyday life. He was a Senior Executive for over 35 years, managing an entire division, in a major national corporation. He lives in Oceanside, California.