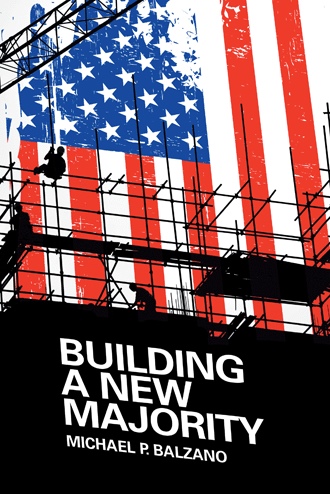 Like everything else I had done during the preceding six months in Richard Nixon’s White House, this assignment, too, would be a high-wire act. Michael Rivisto, a prominent leader in the Order of the Sons of Italy on the West Coast, was able to get a meeting for me with San Francisco Mayor Joseph Alioto. Alioto had agreed to see me--an obscure White House aide-- because Rivisto had asked him for a favor. As I entered the ornate room, in Mayor Alioto’s office, I expected that Rivisto and I would be alone with the mayor. As it was, I was already feeling somewhat overwhelmed that a prominent big city mayor would actually grant me an audience. I was surprised to find at least three other people sitting in a circle of chairs that surrounded the front of the desk that the mayor sat behind.

Alioto looked like I remembered him from television appearances. He smiled briefly but then stared at me coldly.

Rivisto opened the meeting by telling the mayor that this was the young Italian boy he had spoken to him about who was very close to President Richard Nixon, and that he had been helpful in getting West Coast Italians to the White House to meet with officials. He told Alioto that the West Coast Chapter of the Sons of Italy had never been invited to the White House in the Nixon years because of the influence of the Sons of Italy organization in Boston and Philadelphia. Rivisto said that Nixon wanted a closer relationship with West Coast Italians because West Coast Italians were concerned about George McGovern’s stance on abortion. It appeared that Alioto, himself a prominent Italian, would be hurt by supporting the McGovern wing of the Democratic Party.

Alioto had what appeared to be a polite half-smile on his face as he shifted his glance back and forth between Rivisto and me. I noticed what I interpreted as a slight impatience in his manner as he drummed his fingers on the desk as if to say, “Yes, yes, go on, get to it.”

Suddenly Alioto stood up and shouted, “Out!” I thought he meant me. He said, “Out!” and motioned to the group sitting in the room. He then pointed to me and said, “You. Out—downstairs, in front of the building, I’ll be there.” I looked at Rivisto who simply nodded.

Moments later Alioto came out of the building and said, “Come on, walk.”

“Yes, walk,” he said. He then set a fast pace that I struggled to keep up with and started to walk around the entire city hall of San Francisco. There was a fairly strong wind that morning, and I was out of shape. But he was not. “Did Mitchell send you?” Alioto asked.

“John Mitchell! You know who I am talking about--the Attorney General.”

“No,” I said. “I don’t know him. I came, as Mike Rivisto told you, to see if we could stop you from campaigning for McGovern in the Italian communities on the East Coast.” His pace was exhausting me. I asked, “Do you exercise like this?”

“Exercise?” he responded. “Hell, I want to make sure that if you’re wearing a wire you’re not going to be able to tape me.”

“A wire?” I said, stopping to catch my breath.

“Yes. I don’t trust Mitchell, or Nixon for that matter,” he said. “Mitchell has been spreading a rumor that I am the subject of a Justice Department strike force; alleging I have Mafia connections.”

By that time I could see that I was in way over my head. “I work for the president and Charles Colson, his special counsel,” I said. “No one else—I don’t know anything about the Mafia. I am here to establish a relationship between you and the White House.”

He stopped. “All right. I don’t know you but I trust Rivisto. Let me give you the benefit of the doubt. If you are really a White House aide, let me see if you have any clout. I want to be invited to the signing ceremony for the revenue sharing bill. I worked on that bill. I should be there, but for political reasons I was not invited.”

We had come full circle to the front door of City Hall. Alioto looked at me, “Can you do that?” he asked. “If you can get that done, get me invited, I’ll believe you, and I’ll work with you on the McGovern issue privately. Wait here. I’ll send Rivisto out.”

About a half hour later Rivisto emerged. “You sold him,” he said. “Can you get him invited?” The event was less than two or three days away, but I said yes.

I was on the phone with Colson within the hour. He put me on hold for what seemed like forever, but it was far less than 30 minutes. “Do it,” he said. “Invite him and get him there.” And he hung up.

A few days later, on the day of the signing ceremony, I met with Mayor Alioto on the outskirts of the crowd surrounding Constitution Hall in Philadelphia. Between police and Secret Service and other onlookers I made my way through the crowd, being occasionally stopped at each checkpoint where I used my White House pass to get me through.

As usual, the “mission impossible” parts of the assignment had gone well. Mayor Alioto had canceled his plans to campaign for McGovern in the Italian sections of New York and New Jersey. He had passed up opportunities to attack John Mitchell for the anti-Italian policies he had generated as attorney general; and the White House had agreed, at the last moment, to invite Mayor Alioto to the ceremony, in spite of the fear that his presence would add to his prestige and increase his chance to become governor of California.

Now we were in the receiving line where I had hoped he could be photographed laughing and joking with the president and me. My plan was to have a picture and story that I would have distributed throughout the ethnic community, ending once and for all the rumor that Alioto was against the re-election of the president.

But now the plan was falling apart.

Building a New Majority weaves together the autobiographical recollections of the political and professional life of the author, Michael P. Balzano, with his seasoned analysis of several successful Republican presidential campaigns. The combination provides the foundation for recommendations for current and future Republican candidates to follow in capturing a majority of the nation’s working-class voters. The narrative follows the author, the son of working-class Italian immigrants, from his boyhood in New Haven, Connecticut, through his time as a high-school dropout and garbage collector to his return to school, where he earned a doctoral degree at Georgetown University.

His story attracted the attention of staff members in the administration of President Richard M. Nixon. Brought on board to provide insights and to coordinate efforts to reach ethnic and working-class voters as part of Nixon’s strategy to create a New Majority, he contributed to the winning 1972 campaign. He later performed similar roles in President Ronald Reagan’s 1980 and 1984 campaigns and in President George H. W. Bush’s 1988 campaign. From these experiences, he offers guidance to Republican candidates seeking to win elections by appealing to members of labor unions and the working class.

For any political party to win the White House, it must capture a majority of working-class voters. Building a New Majority is a blueprint for constructing a new Republican majority that can win elections. Building upon those victories, they can govern in ways that invite all people to share in a common future in which individuals may improve their social status and their economic wellbeing, living out the American Dream.

Michael P. Balzano, son of working-class Italian immigrants from New Haven, Connecticut, was a high school dropout and garbage man before earning his doctoral degree from Georgetown University. He served in the Nixon White House and was a campaign strategist for both Ronald Reagan and George H. W. Bush. He has built bridges between Fortune 100 CEOs and industrial-base unions.