The Vietnam War I Fought 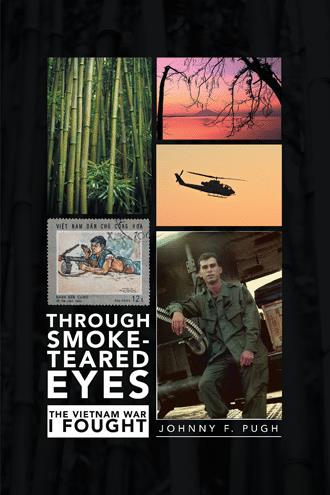 Around 1:00 a.m., I saw a small shape that appeared to be human walking up the trail toward us. Because I held the end position on my side of the squad’s L formation, I was the first to notice this. Torres was sitting next to me, and I gently jabbed him on the shoulder and pointed at the approaching figure. Looking closely, I made out the outline of a cone-shaped hat and a rifle, which the person was holding by the barrel and balancing over one shoulder.

Suddenly I realized that I hadn’t locked and loaded my weapon, and if I did so now, the VC would surely hear me and have a chance to take cover. Then there would certainly be a firefight. I momentarily glanced over at Torres, but he hadn’t moved his weapon either. When I looked back, the VC was just a few meters away. I quickly sized the enemy up and realized that he was only about five feet tall, and perhaps just a kid.

Then the VC was almost in front of me, and it was far too late for me to lock and load. Almost without thinking, I jumped up, grabbed his weapon by the barrel, and pulled it from him. He was so surprised that he didn’t resist. Still holding his rifle by the barrel, I swung it, striking him on his neck and ear and knocking him to the ground, and I recoiled inside from the sickening whack the weapon made as it hit him. I watched the Cong go down on all fours, and hesitating to strike him again, I kicked him in the ribs, knocking him over.

I wasn’t sure what to do next. Torres still hadn’t moved from his position, so I quickly looked down the trail to see if anyone else was approaching. Realizing that I didn’t know what kind of enemy rifle I was now holding, or how to lock and load it, I jumped on the Cong’s stomach, pinned one of his arms to his side, and jammed the weapon across his throat. After a minute or so, Torres and Fred jumped up and came over to me.

Looking down at me, Fred asked, “¿Quihubo aquí (What’s going on here)?”

“Didn’t you see what happened?” I asked him excitedly.

“Not really. ¿Qué tienes allí? (What have you got there)?” inquired Fred, with a calm but joking tone.

Fred knelt down beside me and took off the Cong’s hat, which was still tied under his chin, releasing long black hair that fell over the prisoner’s face. Fred brushed the hair away, saying, “Es una muchacha (It’s a girl).”

“What? No shit!” I exclaimed, taking the weapon from her throat, allowing her to cough and spit. To make sure that she really was female, I leaned over and, placing my hand on her tit, squeezed hesitantly. “No shit,” I repeated.

“What do we do?” I looked at Fred, regretting having hit my prisoner. It didn’t seem right. I hadn’t imagined I would be fighting young girls.

Fred radioed in, and soon a chopper was sent to pick us up at a clearing about 150 meters from our current position. When we arrived at the new position, Fred placed a firefly in the middle of the clearing as a beacon for the choppers. This cone-shaped device had a flickering light that pointed up, so it could only be seen from the sky.

After the choppers deposited us back at base camp, our squad had a little reception waiting for us at the helipad. The CO and the first sergeant were there, along with a couple of S2 (intelligence) officers from brigade HQ. Instead of going straight to A Company HQ, however, our squad was taken to TOC (Tactical Operations Center) along with our female prisoner.

“What are we doing here?” I asked as we got off the truck.

“They gonna give us a medal,” Torres said.

“You? What did you do to earn one?” Fred looked at Torres, eyebrows raised.

“I was just kidding. Besides, you didn’t do anything either, pinche mocoso (snotty brat),” Torres answered back.

“Better cool it. They’re going to hear you fighting,” I told them. Then I looked at Fred and whispered, “I didn’t do anything wrong, did I?”

“I mean, did I put the men in danger or anything?”

“Oh, as if you’re that important. No, ése. You didn’t do anything wrong. They’re probably just going to question us about what happened. That’s all.”

“Don’t tell them I didn’t warn you what Johnny was going to do,” Torres whispered to Fred.

Getting defensive, Torres replied, “I didn’t know Johnny was going to do that. It all happened too fast.”

“You should have at least told me the Cong was coming,” Fred said. “What if there had been more than one?”

“Hey. Talk about it later, okay? They’re going to hear you,” I repeated.

When I was questioned, the officers asked me why I didn’t just shoot the girl. I lied and told them that when I saw that it was just one Cong, I decided not to fire because I didn’t want to draw attention to our squad, in case there were other VC in the area. Of course, the truth was I had forgotten to put a round in the chamber of my weapon, but I certainly didn’t want them to know that.

After our squad had been questioned, one of the officers who had interrogated us asked if we would like a ride back to our unit’s compound. We turned it down because the compound was only three blocks away. Then I asked him what they had done with our prisoner.

“We’ll interrogate her in the morning,” the young lieutenant told me. “Then we’ll turn her over to division headquarters.”

“What did you tell them?” Torres asked Fred on the way back.

“I told them what happened.”

“You didn’t tell them that I didn’t warn you the Cong was coming, did you?”

“No te preocupes (Don’t freak out). I didn’t say anything about that. I just said that when she got to Johnny’s position, he grabbed her. That’s it.”

Our squad hurried back in the rain. We were soaked to the bone and wanted to get into something dry. We stumbled into our hooch, waking the men who had been sleeping, and then Sgt. Touhen came over and lit a candle for us. He was surprised our squad was back, as we weren’t due until morning, and he wanted to know what was going on. Fred filled him in while we changed into dry clothes and stretched out on our cots under the down poncho liners we used as covers.

SAN FRANCISCO: The remarkable story of an enlisted man’s struggles in the jungles of Vietnam is the grand prize winner of the 2018 San Francisco Book Festival, which honors the best books of the spring.

Johnny F. Pugh’s Through Smoke-Teared Eyes (iUniverse) is an action-packed and vivid account of one soldier’s thoughts and experiences in combat. Written to confront the demons of his past, Pugh recounts the year he spent as an Army rifleman, trapped in the Iron Triangle of the Vietnam War. His accounts of kill zones, mortar attacks and jungle survival are sobering and raise questions about the conflict and all wars."

To confront the demons of his past, author Johnny F. Pugh relives the year he spent as an army rifleman battling unseen guerilla fighters in one of the most dangerous places during the Vietnam War, the Iron Triangle.

Through his stories and poetry, he shows how it felt to be trapped in a kill zone, enemy bullets just inches from his face, and the mind-numbing terror experienced after being thrown by a land mine explosion while fighting off bloodsucking leeches, vicious mosquitoes, and stifling heat and humidity.

Through Smoke-Teared Eyes offers an engaging, sometimes bilingual, account of the close friendship Pugh shared with his fellow squad members, learning from them critical survival skills and his own identity as a Chicano. After witnessing numerous atrocities against the Vietnamese peasants at the hands of the American military, he is forced to question his own role as a participant in this bloody war.

JOHNNY F. PUGH served in the Vietnam War. Although crippled by a back injury and PTSD, he became a designer and builder of adobe homes, professional painter and part-time sculptor, artist, writer, poet, husband, father, and grandfather. Before Pugh’s death in 2011, he and his wife, Cristina, lived in San Diego, California.