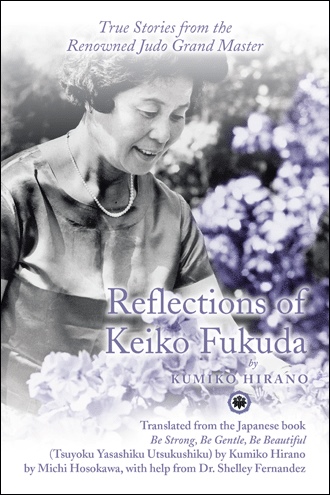 We finally rented a practice space at the Sokoji Zen Temple in Japantown. Then, a lot of second and third generation Japanese girls came to practice Judo. Because we practiced at a temple, the Buddhist mortuary tablets fell down on the floor if we practice a throwing technique too many times. We practiced very carefully. After two years, we moved to 1622 Castro Street. I start training with bows saying “bow to our teacher” and “bow to the front (meaning to Sehan Kano and my grandfather),” and we end it with another bow saying “thank you very much” after a short meditation sitting upright in Seiza style. The orders are all in Japanese. I teach technical terms of Judo, like the category of Waza in Japanese, of course. I appreciate that students from any country follow this way once I teach it. It is true that some Dojos don’t care about manners. But, my Dojo is different. No cross-legged sitting at all. The house where I was born was near Nihonbashi in Tokyo. My address was 2 Nakabashi Izumi, Kyobashi, Tokyo. I had five siblings; two elder sisters, an elder brother, and a younger sister. However, the second sister died when she was 15 or 16 years old. My brother was physically weak and often got sick, so he and his old care taker went to a place where the air was clean; for example, Atami along the coast in Shizuoka. As a result, he couldn’t learn Jiujitsu and Judo. I was left with a farming family and raised by them until I turned five or six years old. I lived with the family in Someya, which is far from Nihonbashi. When I talk about this, Shelley says that Japanese at that time had a different approach to raising their children. I understand that my parents left me with the family because they hoped for me to be healthy, unlike my brother. At that time, there were ways for farm families to make money by raising other families’ children. My mother visited and brought clothes for me in spring and autumn. I also sometimes visited my house, but I wasn’t attached to her because I felt she didn’t seem like my real mother. I hardly remember what my life in the farming family was like now. I might drink goat milk and play free from all cares in the country. I returned to my house one year before I entered an elementary school. I remember very well when I lived through the Great Kanto earthquake of 1923. It was when I was 10 years old. What I was most surprised by was that houses were destroyed as if they were built out of sand. Because traditional houses were enclosed with mud walls, sand fell from all directions like rain whenever the ground shook. I was very, very frightened.

In 1935, twenty-two-year-old Keiko Fukuda Shihan began her passage to become a judo master. As the only woman in the world to achieve the level of tenth dan, she blazed the way for women in judo to be taken seriously across all martial arts arenas, including the Olympics. Over seventy years later, Kumiko Hirano interviewed Grand Master Fukuda, who was now nearly one hundred. Over the course of a week of conversations in her San Francisco home, Grand Master Fukuda shared her opinions and feelings that included deciding on marriage, understanding the events of World War II, coming to America, starting her own dojo, and the humbleness she maintained throughout her lifetime as she paved a path for women in judo. While living by her motto, “be strong, be gentle, be beautiful” until her death in 2013, Grand Master Fukuda lined a path for all women willing to work hard to achieve their dreams. Reflections of Keiko Fukuda shares an intimate look at the thoughts and perspectives of a judo grand master whose great spirit and dedication to martial arts inspired the world.

Kumiko Hirano is an award-winning writer who wrote Be Strong, Be Gentle, Be Beautiful (Tsuyoku Yasashiku Utsukushiku) about Shihan Keiko Fukuda in 2012. Her works include Tantan yūjō (Light Exquisite Feeling) that won the Shōgakukan Nonfiction Grand Prize in 2000. As well as writing about various Asian countries, she is particularly interested in the period when Taiwan was under Japanese control. She currently resides in Tokyo, Japan. Michi Hosokawa is a registered nurse in Japan. Her background in translation comes from working as a teacher’s assistant in Japanese classes as City College of San Francisco and working in the office of International Students at CCSF. This translation was a combined effort with Dr. Shelley Fernandez.