The Golden Age of Charli 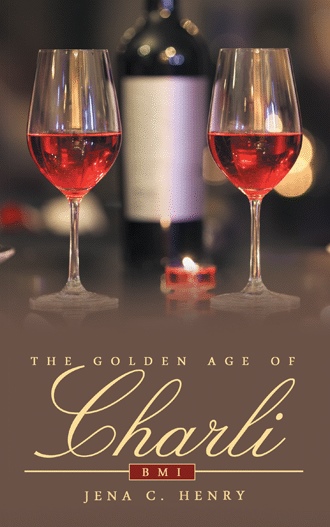 The bus party weekend began with high hopes. We headed out to Indianapolis on a blue-sky, sunny day—the kind of day that bewitched Clevelanders into thinking that northeastern Ohio sustained a habitable environment. But like Lucy and Charlie Brown, every year our Indian summer would soon be rudely jerked away from us.

“Did you notice if I shut the garage door?” asked Pud as we turned onto the main road.

Pud whipped the car into an impressive U-turn, reminiscent of his career in the auto racing world. “Let’s go back and check.”

“I found the bag of snacks that we forgot on the counter.” Pud forced his cranky joints to climb into the high seat of our SUV, rubbed his back and accelerated down the driveway again.

“Oh good. Did you put it in the back with the suitcases?”

“The bag of snacks.”

“Damn.” Pud screeched, roared up the driveway again, and dashed into the house for the bag of snacks. We headed to the main road.

“Did you notice if I shut the garage door?” he asked.

“Just drive,” I told him. We rode in silence until we pulled onto the interstate.

“What’s the temperature?” I asked.

We continued south toward Columbus, listening to the songs of the 70s countdown on the satellite radio. Even though our trip had begun with our usual chaotic start, the atmosphere between us felt companionable. Only a few years before, I bemoaned the strained and cold relations between Pud and me. After more than thirty years of for better or for worse, we had plunged into the very worst after Pud retired. We had lived busy and parallel lives for so long that we didn’t know how to relate.

But thanks to Pud’s great idea to visit and get to know our young nieces and nephews, paired with my project of digitizing our old family photos, mixed with a splash of insight and understanding, we had grown closer. Our golden years were now filled with more excitement than AARP discounts and Lawrence Welk reruns.

“Yes, we do. Hey, do you remember how many years we have been going to this party in Indianapolis?” I asked.

“You know I can’t remember anything. I guess five? Or six?”

After a few more miles and pit stops, the GPS lady guided us to our hotel in downtown Indy. Pud ignored her pleas to turn right, because he insisted it was faster to go left. We sped around the blocks several times until we located the entrance to the hotel parking deck. We followed the signs to the Big Bush Suites.

We checked in and our room pleased me, with its modern, fresh, and crisp attitude. We didn’t have much to unpack. My most pressing task was to find outlets and sort out my chargers and devices. Once my electronics were squared away, we settled on the lime-colored couch, and I looked at the hotel magazine while Pud explored the TV.

“What should we do? We have to be ready by five o’clock, right?” Pud asked.

We sat for a few minutes, and Pud muttered at the TV remote until he settled on a golf show. “Why don’t we take a nap and see what happens,” I murmured as I stroked Pud’s forearm.

Pud shook his arm away. “Uh, umm, okay. Want something to drink too?”

Pud went to the bathroom, and after I helped him find the ice bucket, he left on his quest. Pud could still put the pat in the pitter of this old girl’s heart. He stood almost six feet tall and was stocky with a competent, in-charge air about him. He had dreamy blue eyes, and I still pictured him with his dark curly hair, even though everyone else only saw a bald dome.

I smiled as I planned my surprise frolic. Knowing how much I loved the cottony king-sized beds, like clouds in a hotel room, I had prepared for a romantic moment. I unzipped every pocket and pouch in my suitcase and finally found my perfume, lacy camisole, and flameless scented candle.

I closed the curtains, struggled into my cami, sprayed the perfume on my neck and décolletage, and placed the candle on the bed. I slipped under the duvet, looked around for a second and then jumped out of bed and closed the curtains tightly, sprayed more perfume in the air, and set the candle on the desk. I plumped the pillows and sank again into the softness. I stretched and glowed in anticipation.

I waited a few minutes and heard a noise in the hallway. I turned on my side, scrunched my grey curls, and posed seductively. False alarm. The sound of footsteps continued down the hall. I yawned and turned on my other side. I waited in pleasurable suspense for a few more minutes and then decided to arrange the beverage glasses. I sprang up. I found plastic cups in the bathroom. They would have to do.

I worked my way under the sheets again. I glanced at the clock. I liked the flicker of the flameless pillar candle with its lavender fragrance. Pud had read that smelling lavender aided memory. Where could Pud be? I hugged a pillow close. He’ll be here soon.

I must have drifted off. The door lock clicked and whirred. “Are you all right?” a voice barked. I jerked awake. “Did the power go off? Are you sick?”

“It’s getting late. We have to get ready,” he said grumpily. 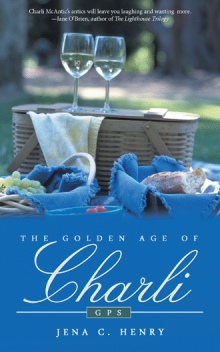 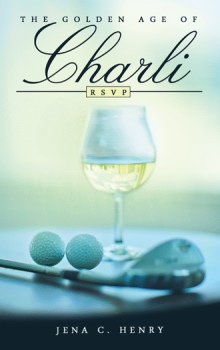 When Charli and her husband, Pud, enter retirement, Charli mistakenly believes that paradise is just around the corner. Unfortunately, instead of spending their days soaking in matching hot tubs and admiring each other’s wrinkles, Pud lives on the links and Charli cleans out the basement. Still, they press on, eventually becoming closer while bonding with young relatives through a love of fine dining. Now the couple faces new and weighty challenges.

Charli and Pud’s days are filled with more excitement than AARP discounts and Lawrence Welk reruns—and more calories than they ever imagined. Realizing they are out of shape and slipping mentally, Charli and Pud check their BMIs and immediately decide they need to change their ways. With a goal of becoming healthy sooner than later, the couple embarks on a roller-coaster ride through calorie counting, label reading, and laborious exercising. But when Pud begins making mysterious phone calls and acting strangely, Charli cannot help but wonder if more problems are lurking around the corner.

The Golden Age of Charli continues the delightful tale of the energetic, friendly, and positive McAntics as they cruise through their retirement years and discover the consequences of too much of a good thing.

Jena C. Henry holds a juris doctor degree from the University of Akron, presents writing workshops, and loves good times with friends. Now retired, Jena and her husband, Alan, live in tropical Ohio where they enjoy their two adult children and extended family, friends, and darling dog. This is the second book in The Golden Age of Charli series.