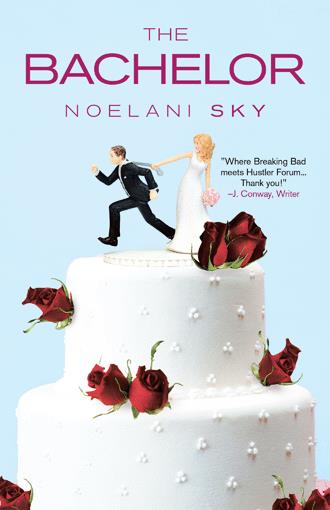 The Call of Pan, a Song of Summer Fruiting "The warming night veils and hides, it crafts Desire's clandestine core. The wild, vastitudes, the hidden tape of the mind™s panoramic, melding shore. O' the fleshy limbs entwined, the kisses hot, branding needs of tender spawn. Arise let Fire await surround, and overtake, Gate and Guard beyond. The twin pillars shake as her thirsts are slaked at the heat of lingam's song. The crescendo shocks at the breaking lock of newly minted want. Moonlit night, the brevity; a joyful thief of secret thought. The starry time of taming heat yields at break of dawn. Come to me O' Pan, Lord of the Hunt, and bring the heat, the horn, the new. Come play your pipe, my lurid love discard my burdened back of rules. Now what is left is not unsaid, just brought forth by hidden fate. The shapely smile of wildness grown her visage so soft aglow in wait. Now in her lodges aknowledge new yet old as legends told. In her eyes lodges awakened light, now yearning to unfold. As primal woman; like the first Eve, the prima of tempting charms. Her serpent'scounsel revealed a certain fruit she did eat a growing loose. Alas, poor Eve, this very day is smeared, for the whole of man's obsessive noose. Take and eat, pick my sweet, I only Immortalize with you. Yet was she so wrong for being led astray, when such knowledge may yet prove true?" - Noelani Sky Pann did not come home for two weeks. Claire was irritated in the extreme with him. His shenanigans with women were starting much too early. It made her feel old, and she wasn™t ready for it. Beating the shit out of him wouldn™t work, she knew, it would only make him more obstinate. The phone was getting ready to go flying out to the main road. The thing ntopped ringing! She didn™t know how the phone company™s circuitry could handle the abuse. The doorbell was next on her list for execution. It was as if her son was some kind of teenage sex maniac going from girl to girl like a monkey in the jungle going from tree branch to tree branch. He was changing girlfriends like underwear. His room looked like a shrine to Hustler Magazine, and he had more condoms in his closet than Planned Parenthood In fact he was worse! At least his underwear goes through the laundry and get™s worn again. Pann™s girls seem to be disposable. He is going through so many girls he™s bound to run out. Right? Or love will strike soon. Puppy love? Everybody has one of those right? Oh Lord. Lord help me. My son is a ho. Claire thought about her impromptu prayer, and the possibility that it might be inappropriate. That night she decided she was going to confront him. She talked to her sister about it before she put all the strategies in place, and was rewarded with total non-support. fiForget about it Claire,fl Ruby said consolingly, flPann is a good kid with a good heart. But a randy young goat such as him, I™ve ever seen. He™s had more women than there are begets in the Old Testament. Just keep him with condoms and hope his pecker don™t fall off before he™s thirty.fl Claire just didn™t want for him to become a profligate womanizer. The kind of man who brought sufferring to the feminine heart. That™s not the kind of men she was raising her sons to be. She would make him understand that it is not right to chase women so indiscriminately that there™s not time for anything else. His late night hours werekeeping him from school, and his chores around the house and property. That nightafter dinner she broached the subject.fiSon. I need to talk to you. Do you have a minute to spare for your mama now?fl Claire asked as she was tidying up after dinner. fiSure Ma, what™s up? You all right? Anything I can do for you?fl Pann asked her with a concerned voice. fiSon I am in noway trying to deny you your time of wild oaky and rutting Stagg. You™re randy as a rabbit and there™s no sign of you stopping that any time soon. I just want you to be careful. I hope that you are being careful. There™s more to sex than rutting around in a girl™s room when her parents aren™t home. There™s diseases, girls get pregnant, and then there™s high drama like boyfriends, dads, brothers, oh hell! Even mothers. You know once you make name for yourself as he man woman hunter that reputation brings consequences of its own. You may not think so right now but there may come a time when you will regret some of the decisions you made when you were too young to see much past that thing between your legs there."

Pann Waterford is a mixed bag hero of outlaw know how and defender of principal, and he's an action packed force of nature in his own right. He loves women. He loves everything about women, and considers it his unique mandate to ensure that large numbers of them are satisfied. This mission while not unique, has its own power of attraction and so many adventures and calamaties are soon to giving rise to life. Pann will unexpectedly find his life completely overtaken by a woman so winsome, he can finally see himself satisfied by only one. He was hoping for a smoothe transition to monagamy, but when a man has slept with most of his hometown and county, that may not be so easy. Love is elusive and costly for him when his past becomes his nemesis. Francesca Copper is a beautiful spirit with a trail of tears behind her. She had found the world to be so hurtfully dangerous that she held herself away from everyone but her family and a few friends. The world however; did notice that an angel was missing, and the one man who most would consider totally unsuitable for this virtuous lady, may hold the key to the warmth and assurance that would see her for a life time. If she would just give him a chance.

Noelani Sky is a native of Hawaii and resided in San Francisco for two decades. She has been writing since childhood, and now lives in the beautiful Gold Country of the California Sierras. She continues to write and play music in her mountain home.