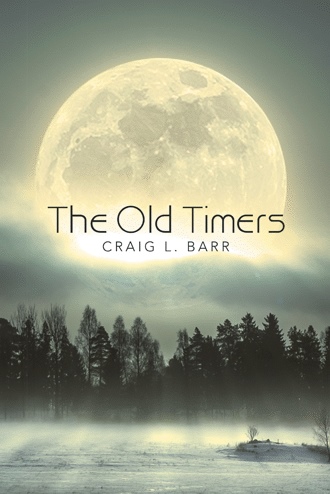 Again I smelled the left over ozone as I opened the car door and jumped out of the back seat to meet the slippery ground with my shoes. Still trying to keep my balance in the snow, I rubbed my eyes harder and used my fingers to forcibly open them wider to allow more light to enter.

“Where are you?!” I screamed out. The sound of my own voice surprised me as it quickly returned through the falling snow to quietly echo inside my wet ears.

“Dammit!” I yelled out again, as I reached another imaginary point ahead, thinking maybe the actual location of the Schooner was more far away than I had first thought.

After I had gone way too far, I quickly turned around and slipped into the snow again, falling to my left side. Then I slowly rolled over and stood up. Man, I must be getting old…

I began running in large swooping circles, thinking I would somehow run into the side of the invisible Intrepid Knott’s huge hull. But I did not. Perhaps the falling snow was playing visual tricks on me. The Schooner had to be here somewhere. Stark reality started creeping in as I stopped and looked back at what I’d just done since leaving the confines of Roy’s car.

All my tracks in the fresh snow appeared to have been stamped into the white powder by a gaggle of giant turkey touching down to Earth. From there, they had performed a happy dance in the snow while hunting through a frozen cornfield nearby to gather up their kernels of gold.

“But wait?” I turned to the south, “What was that?” I questioned, as if I was speaking to someone else right next to me, “Was that a voice?”

I stopped breathing to listen again. It sounded like a voice was speaking to me from a far distance. I looked over at the car. It sat about 30 yards ahead of me to the west. That was it! The car was somehow making noises. I could hear voices coming from inside the car though the open rear car door! That was it! Somebody was actually trying to speak to me from inside the car! Slipping and sliding, I raced through a curtain of snow toward Roy’s old white Chevy.

A quick thought crossed my head that maybe John Ruler may have simply enforced the cloak to hide his Schooner from the Russians before he had a chance to beam me aboard. Maybe he was ready for me now! I lunged forward and picked up the pace of my jaunt.

While running back toward the car, I looked up from the endless white color to start searching around me in all directions for signs of what might have happened earlier.

I wonder who is inside the car, now. It was impossible for me to hear over my forced breathing.

But then, I did hear it again! I was sure the voice was coming from Roy’s car! I ran even faster now. Did Ruler finally beam somebody back into Roy’s car to find out what happened to me? Could that be true? It had to be!

I slowed down to keep from falling again, “I’m here! I’m coming! I’m right over here!”

If the Russians were actually here now then where would they be hiding?! No, that can’t be. If somebody was going to pick me off with a weapon, they certainly would have done so by now! In my mind I could see several Russians dressed up in all-white military fur toques and heavy warm trench coats. I imagined them to be hiding behind some snow covered trees to my left, where they had dug down to take up their deadly sniper positions. I slowly and calmly convinced myself to drop that dumb notion.

I chuckled over the improbable thought of being left behind just to be fed to the Russians. Geezus Carl. Get real! Roy would never allow that.

I covered my cold ears with my hands as I slowly broke into a deliberate slow walk to keep from slipping on the white grease of snow, as I finally neared the car.

They’ll wait for me. “Take your time, Carl.” I whispered. I touched the car with my left hand, and stooped over to peer inside. I saw no one…

It was confusing to me as I looked inside the car again to find no one inside. The car was still empty. I retraced my earlier fleeting footprints in the snow as I bent at the waist to pick up my fallen stocking hat from the clutches of the deep snow.

I closed the back door, and then I shook out the flakes of snow and small cubes of ice before introducing the spun yarn onto my brittle cold head again.

What the hell…? I know I heard somebody talking in here. Then I opened the Driver’s door to slide in behind the wheel and sit down.

“Dammit!” I yelped, as the steering wheel caught my ribs.

How can somebody drive a car with the damn seat moved this far ahead? I grunted as I throttled the seat lever backwards and then pushed my way inside.

Then the car radio suddenly lit up, and it began blowing some air. Whah-whah-whah.

It sounded like somebody was trying to clear a live microphone. Whah-whah-whah.

I raised my eyebrows in disbelief as I stared down at the position of the ignition key. It was still in the OFF position. The ignition key was turned off! 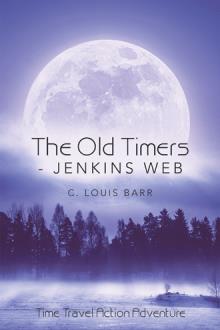 Carl Mosley awakens from a very realistic and bothersome dream, which he shares immediately with his older brother, Roy. Due to the detailed, emotional nature of the dream, though, Carl begins to wonder if somehow his memory has been altered. Is it possible the dream he had was his real life and he now lives a waking lie?

Soon, the brothers cross the path of a time traveler. He is hell bent on manipulating the past to further his self-righteous agenda, but to do so he requires the help of Carl and Roy. The brothers agree to travel into the recent past, where they meet strange and zany characters with much to offer in the realm of self-reflection.

For the Mosley brothers, their lives become unrecognizable overnight, due to alterations in the past. Their fellow time traveler just might be a madman. Still, the fault is not all his. Messing with the past in order to change the future has the potential for good, but for Carl and Roy, they must learn the hard way: the past is better left alone.

Craig L. Barr is a retired computer programmer, designer, and technician. He and his wife, Becky, enjoy exploring and live in Cedar Rapids, Iowa. When not playing with computers or writing, Barr is a small game hunter who collects and builds air guns.