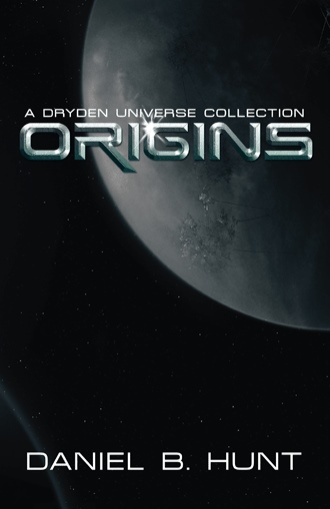 There was another reason Kade had slipped into this life of dirty battles on strange worlds. The thought rose unbidden into Kade’s mind before he could suppress it. Her memory was a dark shadow against his soul. Dark eyes, dark hair, and a darker heart. She knew nothing of loyalty or of the greater call of service to the human race. Her universe revolved around the tiny sun of her tiny self. She wanted, he knew. She wanted and wanted but never even considered the cost. Someone had to pay for her little life in her little house on her little planet with her little, new boyfriends and social circles. The worst for Kade was not the hidden affairs and constant lies that ended the marriage, but rather the extreme betrayal and total disregard and lack of appreciation for his efforts to support her corporeal demands. In the end, Kade had been willing to meet her halfway, but for her, Kade was not even worth the miniscule effort of a video call. She wanted. She ate people like a black hole, capturing them with her grace but then stripping them of everything to feed her need before casting their husks carelessly out into the darkness. He knew he was better off without her. But that didn’t help at all.

“Wish we’d get on with it,” the raspy voice of Sergeant Stratton rippled in Sergeant Kade’s helmet. Sergeant Stratton had lost his vocal cords in a rather nasty little battle on Aldor Prime in the system of the same name. The techs had replaced his cords but something had gone wrong with the procedure, leaving Stratton’s voice gruff and ragged. He had also lost his right arm at the elbow, which had been replaced by a cybernetic model. Stratton claimed that he could feel the titanium of the prosthetic burning the stump of his living bone whenever the air was cold, but Sergeant Kade wondered about the claim. He thought Stratton just enjoyed bitching.

“We’ll be jumping soon enough,” Kade replied. “Make sure your guys stay with the packs.” The packs contained advanced robots, like Sentinels and Scouts Mark IIs. They would give the Geists the edge in any small unit battles but the packs were a double-edged sword. If they fell into the wrong hands, they would cause the Geists considerable problems.

“Is everyone hooked in?” he asked.

Sergeant Kade pulled himself away from the open hatch and shuffled back toward the waiting squad. The Jump Master, a too-young Lieutenant whose name Kade could not recall, helped Kade struggle into his Jump Chute. The near full body contraption normally would have been a considerable weight except for now, on the decompresurised deck in free fall, it was just a bulky nuisance. Hooked into the rectangular Jump Chute, or JC, Kade shuffled forward toward the open portal once again. The JC propulsion unit would allow his squad to float through space to the asteroid below. In it were Kade’s weapons, meals, water, and other support items as well.

“Here we go,” the lieutenant said though he was not going anywhere.

Sergeant Kade shuffled into the open doorway and leaned out into space. The asteroid was directly below him. He felt, as he always did on these types of jumps, that he were at the top of a deep well and for some damn reason he could not fully understand, he was preparing to leap to his death. It felt like a type of suicide.

The light inside the jump deck changed from red to green and Kade heard the command, “jump”. He squatted down and pushed himself out of the doorway into space, keeping his arms against his body. And he began to fall, floating at first under the impetus of his jump, but then he felt gears in the JC churn and soon the propulsion unit was pushing him faster and faster toward the gray asteroid. The unit’s computer was on a set trajectory. It would keep Kade and the other eight members of his squad pointed head first toward their destination until the last possible moment before rotating them for a soft landing.

Sergeant Kade hoped the miners didn’t have Sheet Lasers. Those things could cook a man in a matter of minutes. But as he fell, everything remained quiet – a mystery. 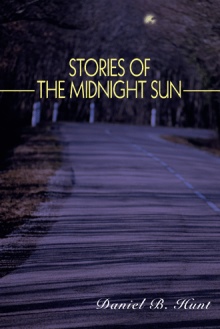 Master Sergeant Sayer Kade leads a squad of Terra Corp’s preterhuman Geist Marines on a dangerous mission into the unknown…. Dark forces churn inside the attack ship Revenge as the ghost of the captain’s dead wife haunts him into insanity - and warfare will never be the same... Geologist Haamar Ransan’s discovery promises to propel the desert world Telakia into an industrial powerhouse, while making Haamar extremely wealthy. Murder and intrigue swirl in this tale of corporate greed…. Jordan Mackey traverses an apocalyptic, war-torn landscape searching for her father. As America and its allies launch a desperate bid to stop a Chinese invasion, Jordan finds the strength to survive, which leads to one of the most important discoveries in human history...

Daniel B. Hunt grew up in Eastern Kansas. He graduated from the University of Kansas with a degree in Creative Writing. Daniel now resides in Fairview Heights, Illinois. Origins is his sixth book.