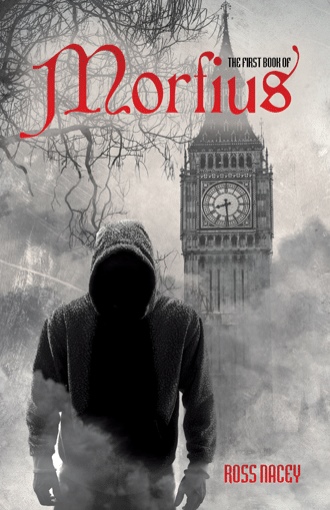 James unfastened his seatbelt and leaned forward to get it. As he lifted it up, he saw for the first time, an envelope underneath—with the same handwriting as the one he had received at the departure lounge in Sydney. Better read this first, he thought.

Yet again, it was short on detail: “The contents of this box are for your eyes only.”

“Well then,” James said aloud, amused, “I’ll need to keep it away from the hundred other people on the plane!” He glanced around the empty cabin. The Jennifer was up front with the uniformed young man, “Ronald, call me Ron”—presumably much more exciting than the crusty middle-aged James Lane, he thought.

On inspection, the wax seal seemed authentic enough, not that he had any expertise in antique document containment. But it had the appearance of having lost its shine, faded to a pale pink as opposed to the bright, glossy red James would have expected from a fresh seal, even a bit crumbled around the edges. So when might this box have been sealed? Fifty years ago? Seventy-five? Last week? And where had it been stored so as not to have perished during the intervening period? And why?

“Too many questions,” James concluded, talking to himself. “No time like the present. Get on with it.” And so, crumbling what remained of the seal onto his trousers, he unwound the string.

As he opened the box, any question of its just being a restoration evaporated with the strong odor of camphor immediately pervading his nostrils, a visceral reminder of his grandmother’s wardrobe.

On the inside cover, in an old-style medieval-looking script—a calligraphy pen, James assumed—was the word …

Clipped together on the right-hand side were what seemed like several hundred pages of both handwritten and typed pages on different colored and differing calipers—or thicknesses—of paper. Some were handwritten on school paper, using a fountain pen and what James recalled from his youth as blue/black cartridge ink, and others typed on what could only be assumed was an old, manual typewriter in black pica type on office paper. And on the top, folded neatly on a sheet of heavy stationery was what appeared to be a letter addressed in the same fountain pen …

How is this possible? he thought. Intrigued, he unfolded the letter—carefully though, because as thick as it was, the paper was quite stiff and resisted being moved at all. If it were as old as it looked, it would surely tear.

It was indeed a letter as it had in the top, right-hand corner, the name and address of the writer:

It was the practice in the past, James recalled from his schooling, when handwriting a personal letter, to place the originating address on the right-hand side at the top of the first page, each line indented to the right from the one immediately above—a business letter would still have the sender’s address, but without the indentation—and the date would be written below the address, even with the name, as it was in the case of this one:

As James started to realize the enormity of that date (the year at least), he flicked through the pages to the back of the letter to see the signature:

James returned to the front page to see below the address on the left:

Not knowing whether to be perplexed, suspicious, or just accepting, he concluded he might as well just read on.

Barring tragedy, you will be reading these words several decades hence, and depending what you have been told, will understand at least in part how I can be addressing a letter to you by name several years (presumably) b before you are born.

In July of 2014, turmoil prevails in many countries around the globe by mere coincidence or possibly by design.

James Lane is a moderately successful Australian businessman who receives a strange summons. His presence is requested in London by an acquaintance known as Barnaby which he feels compelled to accept. The only explanation he receives is an old leather box file that he finds waiting on his aeroplane seat.

Travelling via extravagant private jet James soon learns that the box file once belonged to an English shipping magnate named Jon Calder who died over seventy years ago.

Teaming up with semi-retired Special Air Forces operative Jack Warner, it becomes apparent that James is becoming entangled in the sinister dealings of a powerful organisation. The enigmatic Barnaby and his extraordinary capabilities afford some protection, but for how long?

What does Calder have to do with James? How is Barnaby involved? Who or what is behind the looming threat? Whatever the answers, Calder somehow foresaw the events of 2014 and the part James would need to play in them. Someone or something called Morfius may hold the keys to answering these questions.

It is up to James and Jack Warner to find the truth, before it’s too late.

Ross Nacey has spent forty years in the global freight industry. He earned a master’s of business degree in 2001. He lives in Bowral, New South Wales, Australia, with his wife, Cindy. They have three adult children, two grandchildren, and a twin-engine Cessna airplane.