Wealth and Celebrity in the Gilded Age 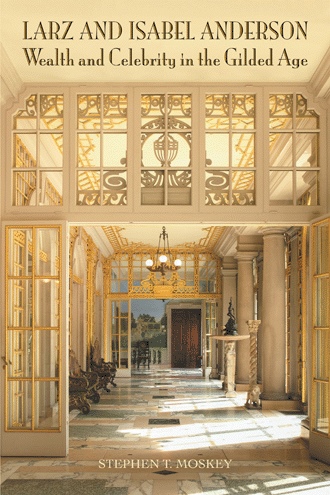 When the United States entered the Great War, Isabel Anderson responded to a call from the local Red Cross chapter in Washington for fifty women to volunteer as canteen workers in France and Belgium. Though she did not need it, former president William Howard Taft gave her a letter of reference. Like many women of her class, she felt called to serve her country. American women had few opportunities at home to express their patriotism or desire for public service, but the war in Europe gave them a way to change the status quo.

Over the course of the war, from 1914 to 1918, some twenty-five thousand American women, most of them wealthy socialites (or at least able to pay their own way), went to Europe to serve as nurses, ambulance drivers, and canteen workers. There they found the war zone “afforded them scope for independence, for initiative, for entrepreneurship,” as one historian noted. Because there was little coordination among volunteer organizations operating in the theaters of war, the women “could move freely among them, and within them could establish their own objectives, adopt their own agenda, devise their own means.” Isabel did not have a supervisor or commanding officer in Europe who decided when and where she worked. She learned to be entrepreneurial and self-directed and made her own decisions about where to go and what job to do. If later in life she showed a need for independence and solitude—breathing space from her life as a busy society hostess—this year on her own in a war zone was part of the reason.

In early fall 1917 Isabel sailed to France. She served first in the American Red Cross canteen and hospital at Épernay and then transferred herself to Mrs. Charles Noé Daly’s hospital units at Compiègne and Cugny. Mrs. Daly’s famous units were attached to the French Army. Isabel’s proficiency in French made her an especially valuable member of the hospital’s volunteer staff.

After being in France for almost four months, Isabel received a telegram from King Albert of Belgium inviting her to visit him and Queen Elizabeth at La Panne on the Belgian coast, where the monarchs had their wartime headquarters. Isabel accepted the invitation and traveled alone through the battle-scarred countryside of France and Belgium to see them. After her visit with the monarchs and a tour of hospital facilities led by Dr. Antoine Depage, founder of the Belgian Red Cross, Isabel returned to France to continue her nursing duties for Mrs. Daly. Within a few days, Depage cabled Isabel asking her to come work for him at his hospital in Belgium. Isabel scurried around Paris obtaining the necessary travel permits and moved herself to the Ocean Hospital at La Panne, where she worked in the operating room for a few months. Isabel eventually returned to France and went to work in canteens for the soldiers who were under the command of General John J. Pershing. The general invited her to dinner one night. She arrived too late for a meal with him, but he courteously sat and talked with her as she ate. The harrowing trip by automobile on a dark, rainy night had left her “too cold and shaken to pieces to talk very intelligently,” she later said. The only part of the conversation she could remember was Pershing telling her he was “troubled by the lack of ships.”

Isabel then decided to go to Paris to work in canteens, just as rumors circulated that the Germans were about to occupy the city. Isabel found everything both “exciting” and “alarming.” At times, Isabel and her colleagues had to take shelter in the Paris Métro tunnels for safety. She and her fellow nurses faced danger and showed courage.

In his dual biography based on six years of archival research, Stephen Moskey offers a fresh look into America’s Gilded Age while focusing not just on the lives of the Andersons, but also on the intersection of wealth, celebrity, politics, gender, and race as one century ended and another began. While leading others back in time, Moskey shines a light on Larz’s professional achievements as well as Isabel’s emergence as an American woman of the early modern era whose words and deeds anticipated women’s roles in culture and society today.

Larz and Isabel Anderson shares the story of a glittering Gilded Age couple as they lived, worked, prospered, and gave back during a fascinating time in America’s history.

Stephen T. Moskey is a graduate of Georgetown University and a member of the Historical Society of Washington, the Victorian Society of America, and the Latrobe Chapter of the Society of Architectural Historians. He lives in the nation’s capital just four blocks from the former residence of Larz and Isabel Anderson.