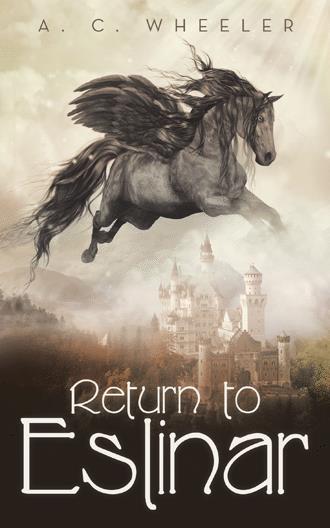 Taking a deep breath Sarah looked around her. She was at the peak of the North tower and needed to get inside. She shuffled along the perimeter holding her body tightly to its walls.

Sarah made her way around until she was able to see down to the front gate. Man, Woman and beast alike were entrenched in battle. Sounds were not clear from her vantage point but she could see the many weapons, swords on swords, impacts of hand to hand combat and she could feel the thumping of the battering ram. Sarah saw something she did not expect to see. There was commotion from inside the City walls. A fire burned. The City was also doing battle from the inside.

Sarah was filled with the breath of possible victory which she had not felt up until that moment.

Her focus returned to the precarious nature of her footing as she made her way over to a small set of cobble stone stairs. They were as narrow as her small feet but just enough to make her way over to the upper most window, which was a little further down than she was. Before entering the window, Sarah looked around to make sure there was no one there. Seeing that it was an unoccupied circular room she climbed in. Taking great care to be quiet, she made her way to the doorway of the tiny room but before exiting she took a minute to listen. The sounds she heard were distant at best. She stuck her head out through the arched doorway. Looked right to a dead end and then left and saw the hallway with no exits or entrances on either side. She would have to get to the end of the hall fast as there was nowhere to duck into should someone come that way.

At some point in their lives most people find themselves questioning the path they are on. Many of us also find the idea of changing direction and trusting ourselves enough to do it terrifying. Sarah is no different.

A beautiful young woman with a high-pressure job, she finds herself unsatisfied with her current life and takes some time off to try to figure things out—a vacation to roam about and rediscover her identity. She finds herself on an unexpected journey that at times proves to be more difficult and confusing than the one she had been on. Fate and the watchful eyes of new and unusual friendships lead her through many mysteries, challenges, and struggles with the dark sides of others—and of herself. Forced to look inward, she learns she is capable of so much more.

In this novel, a young woman sets out on a journey of self-discovery and finds herself returning to her rightful place in a land she could never have imagined.

A. C. Wheeler has had a lifelong interest in the various forms of communication that encompass the human condition. She turned her love for the creative form of writing into this fictional tale. She and her husband, Carl, live in New Jersey with their two sons.