The Earthworm That Blows No Trumpet 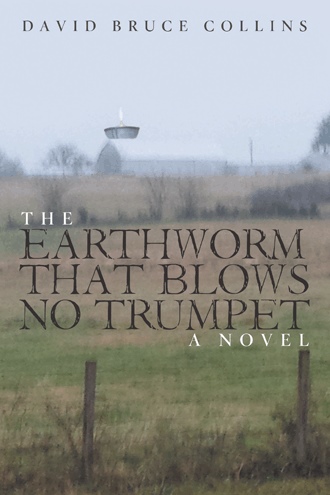 Just before midnight, Graham “Gray” Webster enjoys a bowl of high-octane weed on the classic screen porch in back of his and Anita’s house. The weed and Gray may be lit, but the porch is not, because he is also enjoying the breeze on his bare skin, the breeze gently rustling his light brown body hairs, including the hairs in his pubic region. The Elgin-Webster children have gone to sleep, visions of soccer goals dancing in their heads, and Gray feels free to indulge his cannabis habit.

He has left the women inside to talk amongst themselves: Anita and Rosalie Elgin and his girlfriend Arbor Rosedale, who also happens to be Anita’s girlfriend. He shifts his gaze through the sliding glass door and sees Anita and Arbor, also quite naked, Arbor beginning to display the evidence of the child she has conceived with Gray.

Rosalie Elgin, not quite as comfortable with social nudity, keeps on a cropped Fannin State T-shirt and gym shorts. She has left her husband Berry and their sons to enjoy a boys’ night out and some chicken-fried steak at the Prickly Pear, their favorite haven for carnivorous consumption. Berry has called to assure her that the boys have gorged themselves on some playoff basketball and fallen asleep in front of the television.

Gray looks at each the women through the sliding door, memories cascading through his mind: Anita and Rosalie as the twin towers of the Fannin State Lady Colonels basketball team, the pranks that the twins liked to play on each other and their boyfriends back in school, the beautiful ways Arbor has complicated his life over the past year.

“You’re polyamorous,” Rosalie informed her sister and brother-in-law, trying to maintain a scientific detachment while secretly wanting to curl up on the floor and either laugh or cry her fool head off (perhaps both). “There’s a surprising number of folks in the UU universe who are poly, especially among our pagan brethren.”

Anita steps gingerly through the door from the living room to the porch to join him. He offers her a hit from his pipe, which she declines. The Texas-grown merlot has elevated her spirits enough. As Anita grabs her husband from behind and gently squeezes his expanding mid-section, she recognizes immediately that his mind is in a wistful and sullen space.

“Trouble in paradise?” she asks him.

“Just a little worried about that grant, which the department is probably not gonna get, because we’re the red-headed stepchild of the State system, which probably means someone’ll have to be let go, probably yours truly.”

“I thought Sul Ross was the stepchild.”

“Sul R—never mind.” Anita tilts her head a little to kiss the back of his neck, but he does not soften.

“The timing sucks,” he reminds her. “We are essentially supporting a baby now.”

“We are supporting a baby, you mean. Or we will be soon. There’s no ‘essentially’ to it, hon.” She kisses his neck again. “If you’re worried about money, the dojo will keep us afloat, even if I have to start a crime wave to scare more people into signing up for self-defense classes (no, I didn’t really just say that).”

“I didn’t hear you say it,” Gray replies, finally turning to face his wife, “but I like the way you think.” Smooch.

Back in the living room, Arbor and Rosalie talk about work, of all things.

“I would think working in a church office would be rilly boring,” Arbor postulates. “You know, a rilly sterile environment. Do you rilly like it?”

“Matter o’ fact, I rilly do. I rilly love the people I’m workin’ with, and there are so many amazin’ people in our congregation.” The wine has really brought out her twang somethin’ fierce, and she has shed any inhibition about poking fun at the way Arbor talks. “Thing is, amazin’ people sometimes come with their amazin’ problems. It’s a good thing Steve is so terrific at the pastoral side of the job: He’s so smart and carin’, and he really knows how to make you see the bright side of just about any situation. He’s also not bad at the preachin’ part, if a little geeky sometimes.”

Rosalie gives her the grandmother of incredulous takes. “Are we talkin’ about the same Reverend Steven Szombat?” She literally rolls on the floor with bubbly giggles, holding her wine glass over her torso and somehow keeping the glass vertical. When she comes to rest and catches her breath, she continues: “He’s...he’s a great guy, and probably the smartest person I’ve ever met (and I’ve met some very smart people), but I’ve never—ev-er!—seen him as ‘sexy.’”

“Well, I mean...yeah, I like geekiness. But I consider intellect of that kind, you know, combined with spirituality, rilly attractive. I’m sure I’m not the only chick in this town who gets the same impression.”

Rosalie sits back up and looks into Arbor’s eyes. “If I may talk outta school a little, I think Steve is still a bit hung up on his ex-wife. Y’know, Josephine Ratliff? He’d feel like he was bein’ unfaithful to her, even now, if he wound up takin’ some intellectual groupie to bed. He’s devoted to two things: the church and self-improvement. I’d bet the farm that, if we went to his house right now, we’d find him in bed with just his dog and a book of Hungarian poetry. Our Steve is no party boy.”

Rosalie wins that bet. Steve, pajama-clad, sits propped up against his headboard with Sándor and Sándor. The Sándor at the foot of the bed is his three-year-old komondor, fresh from his monthly grooming, a pair of teal ribbons holding cords of hair out of his eyes; the one in his hands is a volume of the complete works of Sándor Petőfi, the pre-eminent poet and martyr of Hungary’s 1848 Revolution. Steve reads the works in Hungarian, but a book of English translations lies at his side for backup.

The dog, on the frontier of unconsciousness, chases something (perhaps an errant sheep) in his dreams, his legs flailing atop the comforter. He then bolts into a sitting position, shakes off the dream, perks up, and looks out through the open bedroom door. Steve takes a couple of seconds to notice this and pull his nose out of the book, then hears the unmistakable squeak of his mailbox opening and shutting. Steve and Sándor give each other WTF? looks for a few seconds; Sándor will not volunteer to investigate, so Steve slips out of the covers and into his flip-flop slippers to check it out.

When he opens the front door to his two-bedroom ranch-style “parsonage,” he finds the neighborhood all quiet, not even a dog barking in the distance. He opens the mailbox door, which greets him with that same squeak, and pulls out a half-sheet of fancy stationery with rough edges. On that paper he finds, in classical Roman capitals, written in what he recognizes as high-quality black ink for fountain pens, a simple but cryptic message: 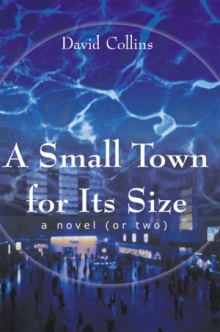 Santa Cecilia is a medium-sized university town in the Texas Hill Country. The townies and gownies get along well enough, and most folks accept their neighbors of all colors, creeds, and orientations. The Unitarian Universalist church downtown is just another house of worship, albeit a bit more liberal than average for a Texas town. The UU’s enjoy their jobs (mostly), help their less fortunate neighbors, and raise healthy, intelligent children. It’s all just too good to last.

After a popular, outspoken intern minister arrives, important objects start disappearing, then reappearing. Accounts get hacked, windows get broken, and a well-known church member is found strangled. And then it gets really weird.

A large ensemble cast of members and friends put heads and hearts together to figure out who is sabotaging their beloved church—and why. Many of them don’t consider themselves religious, but they will defend this church to the death if necessary. In their struggle, they find unlikely allies, bizarre misdirections, great vegan Tex-Mex, killer margaritas, excellent weed, the joys and perils of polyamory, and Transylvanian hospitality that can’t be beat.

David B. Collins has spent most of his life in Houston, Texas. He has worked as a high school Latin teacher, IT training consultant, résumé writer, and music retail specialist. In 2012, the Green Party of Texas nominated him for US Senator. A Small Town for Its Size—his first novel—is also available from iUniverse.