A Novel of Vietnam Letters 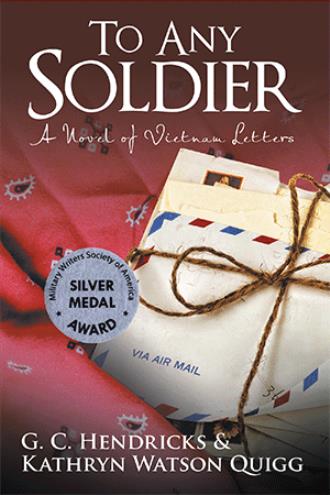 He stepped into the classroom wearing blue jeans, a white western-style dress shirt, cowboy boots, and a John Deere baseball cap. Jay Fox was still an imposing figure at fifty-six, a big man, strong and weathered from his years in the sun; his hair cut short, military style, his face clean shaven. He moved like a soldier as he strode across the front of the room looking at the maps of Vietnam, studying the twenty-five adolescent faces and absorbing the quiet that followed his introduction. Moving methodically, he turned to the class. “This room looks a lot like our Ready Room in Da Nang. It was about this size with maps all around the walls just like your maps. We sat about where you are sitting while the Colonel told us about our mission for the night.”

“It’s four o’clock in the afternoon. We’ve showered after our naps and put on our flight suits. Every man is serious, dead serious, focused as we listen to the briefing. My navigator, Randy, is by my side, and my A-6 is being fueled and readied for the midnight run, checked and rechecked. For two hours we listen, ask questions and plan for the bombing run. We are Marine attack pilots and navigators, the best the U.S. has to offer. Ready for whatever comes our way; ready for our last supper. That’s what we called it because we never knew for sure if we would be coming back. After supper we would write letters or watch movies or sleep, anything to pass the time and get us to midnight. I always wore a red bandanna around my neck, my good luck charm from a girl back home.”

“Every night at 11:30, I would check my plane, the one that said Lieutenant Jay Fox and later Captain Jay Fox on the canopy rails. I’d talk to the engine man, walk around the tires looking for tread wear, rub the nose and then walk back to the Ready Room to suit up and get any final instructions or changes that may have come in during the last few hours. It was a ritual, almost like a prayer, each day was exactly the same. At the stroke of midnight, Randy and I would strap on that sixty-thousand pounds of metal, fuel and bombs and begin the reason for living, flying a bombing run in Vietnam. It was like a giant dodge ball game in the air to run through a barrage of firepower, deliver our bombs and lift above the anti-aircraft artillery, sweating and frightened by the guns that almost got us. Our mission accomplished, our enemy destroyed, we would return to base and head to the Officers’ Club for beer and whiskey with the other returning pilots. We were comrades, saluting and celebrating another day and mourning those who wouldn’t celebrate again. The cook fixed us grits and that’s what they called me and Randy, Grit Flight. After breakfast, we slept, sunbathed, ran for exercise or wrote letters to the folks back home, to the girls we hoped to see on our return. We didn’t have a lot of time to think about what we were doing. We worked hard every day, treated everybody with respect and ate our last supper each night.”

Jay looked out at the faces, faces not much younger than his when he flew over two hundred missions in Vietnam. A young girl with dark blonde hair shyly smiled at him, tossing her head the way she had, taking him back.

Later that evening, Jay called to his wife as he strode out the back door, told her he was going to the storage shed to go through some Vietnam letters. He explained that speaking to that class made him want to look up a few things. Jay moved slowly to the shed, his arms and legs sore from repairing the back pasture fence that afternoon. His lantern was swinging beside him, his dogs, Alpha and Harley dancing toward a new adventure. After propping the lantern on top of the file cabinet, Jay turned a wooden crate on its side so he could sit straddling the file drawer. The dogs settled at his feet. He knew which drawer to pull and from there he went directly to some old letters tied with string. There were the family letters, the friends’ letters and then there were her letters, wrapped in a clean but tattered red bandanna, just where he had placed them with the copies of his own letters spaced in between. The guys had teased him about keeping copies of the letters, but that’s how Captain Fox was, meticulous in every detail, knowing every word he sent out along with every detail of every mission. Jay rubbed his eyes in the soft flickering light, put on his bifocals and opened the first letter.

"I could not put the book down and read it cover to cover in one sitting. Any veteran, spouse, or friend of a veteran, for or against our involvement in Vietnam, knows the importance of Mail Call." -Lt. Col. Jim Dyer, US Army, retired

In 1968 Jay Fox is a young marine attack pilot in Vietnam and Ashley Beth Justice is a college freshman in North Carolina when they meet each other by chance, through letters.

Ashley Beth, naive and totally separated from the Vietnam War, begins her letter-writing as a way to personally contribute to the war effort. Having recently moved away from her small hometown, she’s beginning to see the world from a new perspective.

Jay, in the midst of bombing runs each evening, has purposefully distanced himself from any close relationships, but there’s something about Ashley Beth’s innocent and forthright manner that compels him to answer her letters.

The reality of the war hits home for Ashley Beth when Jay describes his plane almost colliding with another after a dangerous bombing run. The stakes are higher now-the disagreements, more intense; the flirtations, more significant.

Even amid the bloodshed in Vietnam and the civil unrest at home, Jay and Ashley Beth dare to dream of a life together while struggling to understand the war and themselves in To Any Soldier.

G. C. Hendricks, the critically acclaimed author of The Second War, is a decorated pilot who flew more than two hundred missions in Vietnam. He lives and works in Montana.

Kathryn Watson Quigg, an artist and writer who lives in North Carolina, has worked in mental health, and education, and was an elected member and chair of the Wake County Board of Education.