A Story of the Iranian Revolution 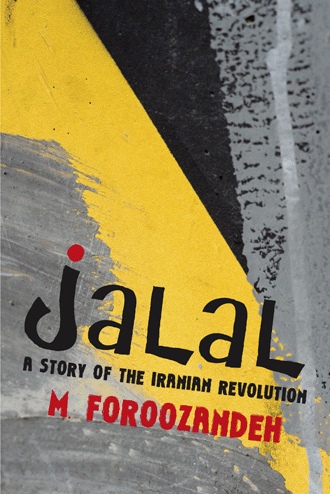 When the clergyman found out about my background in the war and the revolution he asked me: "Tell me why they arrested you." I explained to him that after year of studying, I came to this conclusion that when an ideology gains power, it leads to the weakness of its follower' beliefs. A belief should be unreachable so that it can be sensational. He indirectly confirmed my words and said people used to respect him on the streets before the revolution, but now they insult him.

Iran is in crisis when an electrician engineer is recruited to become the prosecutor’s assistant director of the Revolution Court in Abadan and Khorramshahr. Unfamiliar with any members of Iran’s Supreme Court, including Jalal, the court’s organizer and leader, the engineer reluctantly accepts his new role where he unfortunately begins witnessing one atrocity after another.

As the engineer immerses himself in his new duties within an Islamic revolution that spares no one, he must investigate cases of sodomy, adultery, spying, and murder and interrogate suspects who, if confess to their crimes, are either whipped or even worse yet, executed. But as a war begins and Iran is attacked from the land, air, and sea, the engineer drops everything and serves on the front lines for several years. As his journey leads him through war and beyond, the engineer is brought full circle where he eventually discovers that the lengthy battle has taken many more victims than he ever imagined.

In this historical novella, an engineer turned investigator during the Iranian Revolution finds a new destiny amid an upheaval that forever changes his homeland.

M. Foroozandeh has written over one thousand pages of novels, short stories, and historical texts that he has been unable to publish in his homeland. He currently resides in Dubai. This is his second book.