A Pandemic by Design 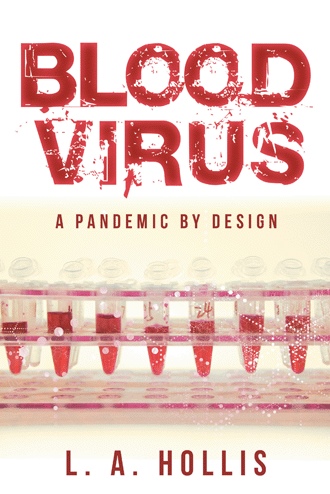 The second angel poured his bowl into the sea, and it became like the blood of a dead man.

The infant clung to his mother, his tiny body riddled with insect bites. The two lay in a swampy area near the shoreline of Lake Nokoué. The sweltering West African sun belted its rays onto their unsheltered forms. The woman had tried to protect her son by covering him with her body. Her once-beautiful ebony skin was dry and caked with blisters. Blood, now congealed, had erupted from her nose, mouth, ears, and eyes. Dark bruises covered her body where massive bleeding had taken place under the skin. Rivers of black diarrhea pooled on her bright yellow skirt, saturating the ever-thirsty, dry soil. Adding further insult to her person, engorged flies indulged on the meal of blood and feces.

The distressed cry of the infant rang through the still air, shrill with anxiety and pain, yet he could not wake his mother—she had been dead since dawn. The still-nursing baby was now encased in a tomb of decaying flesh, defenseless and helpless. The child continued to cry out in sharp, piercing tones as the morning progressed. The chilling sounds didn’t disturb the black-and-white vultures who were feeding on his father nearby. He’d never made it out of their wooden boat when they’d left their stilt village on the lake two days before. One of the birds had just plucked out an eye; another began picking at the man’s bloated belly. Its pointed talons and beak ripped into the body with the precision of a surgeon’s scalpel. Several more of the scavengers landed and tore into a mass of blood and bone that was now almost unrecognizable as a human. They squabbled and fought for dominance to determine who would feast first.

The baby was now whimpering. He was hungry and sick with the disease that had claimed both of his parents. His township was close by, but no one could come to his aid, for he was the only one left out of thirty thousand residents. All of them were dead or dying.

Death was imminent for the infant too, and just before the sun set, the baby’s breath became labored; terrible gasping sounds emanated from his tiny chest until he breathed his last. In the morning, he too would become a meal for the scavengers.

Thousands are dying and many more sickened as an unknown virus runs rampant through Western Africa. Its victims experience a violent death within a few days of exposure, so the CDC jumps in before the virus can become a global pandemic. They send their best man, Dr. Lennox Richards of the Epidemic Intelligence Service, to ground zero in Benin.

Lennox heads up an international team of top specialists with the intent of identifying and possibly developing a vaccine to halt the virus’s progress. However, there’s a problematic variable: the virus is ethno-specific, killing only blacks and leaving others with nothing more than a common cold. As an African American, the stakes have suddenly changed for Dr. Lennox Richards.

The good doctor has yet to realize a more sinister plot is being waged, with Benin as the initial test site for the bioengineered killer. A lethal plan is in effect to expose the world’s ethnic groups to a virus specific to their particular race—in other words, the implementation of an ethnic bomb.

With time running out and no cure in sight, will Dr. Lennox Richards be able to stay alive and halt the doomsday scenario that looms close at hand?

L. A. Hollis received her master’s degree in geology and minor in microbiology from the University of Colorado, Boulder. Married to the love of her life, Mark, they have three sons, two daughters, four grandchildren, and two spoiled Rottweilers. Find her on the web at http://www.lahollis.com/.