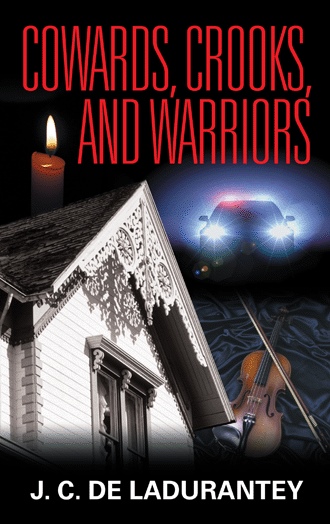 It was just after 1900 hours, or 7PM civilian time. I wrapped up the third investigation, threw some fingerprint powder around the “res burg”, or residential burglary, to impress the victim, knowing all along I didn’t really know what I was doing. I didn’t want to get fingerprint powder all over my clean uniform.

Not much had been taken from the home, but we had a policy of printing every burglary. I put in a call for one of our CSI units to take a look at all three cases when they could. With the three cases I took reports on, it looked like someone was working the area. More than likely there would be others with some not reported. Maybe some juvies, I thought.

Our west end is along the beach. Summertime means traffic, writing parking tickets and looking for alcohol. With our beach patrol off at 1900 I thought I would drive down the ramp and cruise the beach for stragglers.

I was patrolling southbound towards our pier when I saw a small group scattered on the sidewalk adjacent to the sand. There were others about 100 yards away walking rather fast to their cars.

Something wasn’t right. I took my foot off the gas, just kept it in drive, and slowly moved towards the crowd. My silent partner was telling me to be on guard and be alert. And, he or she was usually right.

Three people were moving slowly backwards toward the shore. When one of them saw me, they waved their arms frantically. From about thirty feet away I saw why. It was a man, or was it a boy? He was pointing a gun at a teenage girl and two older guys and they were backing up in retreat.

He had his back to me as I put the car in park and slowly opened the door. I crouched behind the open door, grabbed my radio, turned the volume down so he wouldn’t hear it, and whispered into it,

My eyes never left the subject as he continued to brandish the gun in the direction of the group. I had just cleaned my Glock 17 after qualifying yesterday.

Damn it,’ I thought, I’ll have to dump this guy and clean it again. I told my silent partner. Funny what you think of at a time like this.

I could see that he had a bathing suit and a white T shirt on as he looked over his shoulder when he apparently heard my cars’ engine.

“Drop it! Drop the gun,” I shouted in the best command voice I could muster.

I didn’t faze him. There’s no second place winner in a gun fight, I thought in one of those half seconds you have. It was a voice from my last training class.

My Glock has a strong trigger pull and I knew I could get off four rounds in less than a second. I was fifteen feet away from a confrontation I had always trained for.

I had good body position behind the car door, a solid, firm grip with my right hand with my left acting like a fulcrum. The muzzle of my weapon was pointed right at his head. I had a good background as the crowd was on either side of him and there was nothing but empty sand behind him. He turned to face me.

Again, the message flashed in my head. This is what I trained for. It was the perfect scenario. I was thinking that if you grip weakly and jerk on the trigger like you are pulling on a bell cord, the muzzle will go off the target.

That was not going to happen. The car door allowed me to rest my left hand on the open window. I reached down and unsnapped my magazine case to get easy access.

If I need that, I am in deep shit anyway, I thought. 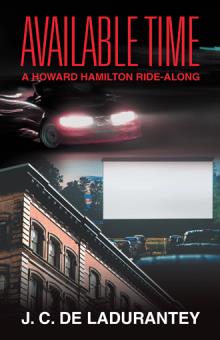 Family man and police officer Howard Hamilton happily works the quiet night shift in the Orchard Hills community of California. One evening, he is in a situation where he might have used his firearm but froze, which is when he starts to question his qualifications as a Police Officer. Then, the unthinkable happens: a rookie officer is killed.

When the department struggles with their first on-duty death in ten years, the new chief transfers HH to day watch—where the bad luck really begins. Within days, another officer has a heart attack. Then, HH’s good friend accidently kills an officer while hunting. HH becomes unwittingly embroiled in a drug-dealing cop’s arrest. The OHPD is in a state of duress!

While the department swirls in the windstorm of deaths, HH discovers the body of Ginny, sister to the largest business owner in town. She has been brutally slain in a ritualistic murder, which brings in LAPD’s occult expert. HH wants nothing more than to return to the usual night shift and his family, but first, he has to work with his nemesis to unravel a horrendous crime in a city once lauded for its peace and quiet.