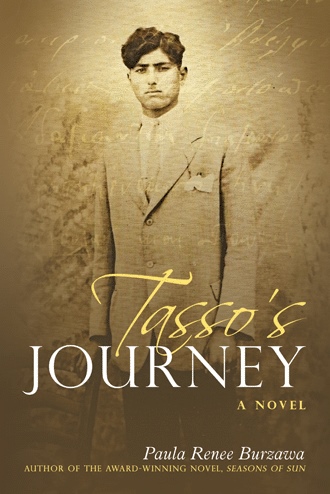 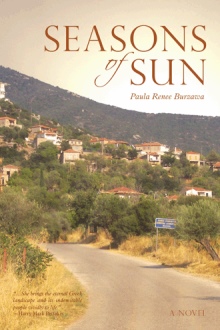 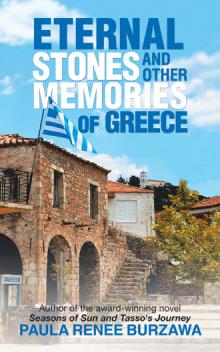 Eternal Stones and Other Memories of Greece
Paula Renee Burzawa
$13.99

When the Greek army calls retreat near the Albanian border before the Nazi invasion of Greece, Tasso rushes home to protect his family.

Badly injured, he is near death when two good Samaritans help him get home, but his happy reunion is interrupted when his favorite nephew is stricken with polio even as villagers prepare for an impending attack.

Tasso helps the doctors save his nephew’s leg and leaves to rejoin his military unit, but he’s taken prisoner along with his father-in-law. The Germans take over his family home, bringing unimaginable hardships to his wife and children.

After Axis powers surrender, peace is still unattainable as civil war erupts, setting Greek against Greek. Nothing can prepare Tasso for what is to come—not even victory.

“Paula Burzawa’s heartbreaking, yet ultimately triumphant story of how her ancestors survived the Nazi invasion of Greece, makes Tasso’s Journey our journey too. Her vivid characters and skillful handling of plot reveal how deep faith, superhuman strength of will, and unthinkable sacrifice for the sake of great love, saved one family – and perhaps even Greece herself – from extinction.”

Paula Renee Burzawa has traveled extensively to her ancestral village in southern Greece, which serves as the basis for her writing. Her debut novel, Seasons of Sun, earned the Editor’s Choice Award, Rising Star Award, and Reader’s Choice award. Paula lives with her husband and two children outside Chicago.