The Autobiography of Kentucky’s Nate Northington, the First African American Football Player in the Southeastern Conference 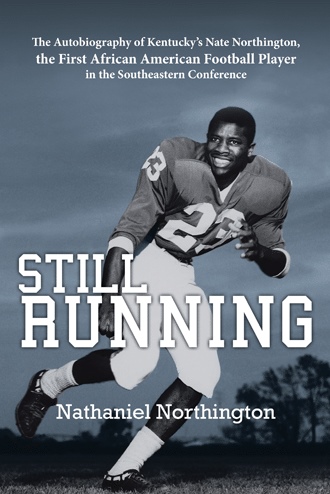 In 1965, I signed an athletic scholarship to play football for the University of Kentucky to become the first African-American to sign an athletic scholarship in the Southeastern Conference (SEC). Two years later, on September 30, 1967, I played in a game against the Mississippi (Ole Miss) thus becoming the first black player to play football in the SEC, and breaking the "color barrier". An article in the Florida Times-Union on November 10, 2006, stated that the Southeastern Conference owes its success to many people, but five in particular helped shape the league into what it is today. The five "men of influence"mentioned are Steve Spurrier, Herschel Walker, Paul "Bear" Bryant, Roy Kramer, and (me) Nat Northington. The SEC was the last major conference in the NCAA to integrate its sports programs, and since that integration, the SEC has dominated college football in recent years, winning the last seven championships in football. That is where I come in. This is my story, but not just my story alone. You see, a few short weeks after I signed, another black player, Greg Page, became the second black athlete to sign a SEC football scholarship, and together we opened the door and paved the way for thousands of other black athletes who came after us, to make the SEC what it is today. Tragically, Greg broke his neck on the football field and died in the hospital after 38 days. This historic story is not only about the game of football and integration, it's about the God who gave us the gift and granted us the serenity to remain cool on the football field despite turbulent times and racially-charged environments.

Seven days after Nate Northington was born, in October 1947, the NAACP made an appeal to the world on racism before the United Nations.

As Nate grew up within an ever-changing and often volatile world plagued by bigotry and hatred, even he could not have predicted what would happen twenty years later.

Destined to play football from an early age, Nate matured into a talented player whose good grades and competitive spirit quickly caught the eye of college recruiters. As he chronicles his journey from high school to his experience as the first black to sign an athletic scholarship at the University of Kentucky, Nate shares a glimpse into how he and other African American football players fought on the gridiron throughout the civil rights movement to achieve success both on and off the field. Every moment would lead up to the crucial period in American sports history when, after the sudden death of Greg Page—Nate’s close friend and teammate—he would break through the barriers of racism and become the first black to play football in the SEC.

Still Running is a story not only about the game of football and integration but also about one man who was inspired to keep running, find grace through God’s love, and ultimately become a sports pioneer.

Nathaniel Northington is a Notable Kentucky African American. He is an alumnus of the University of Kentucky, a Civil Rights Pioneer, and an accomplished athlete. He earned a bachelor’s degree from Western Kentucky University, after transferring from the University of Kentucky, and is currently the regional director of property management with the Louisville Metro Housing Authority. Mr. Northington and his wife, Gwendolyn, live in the Louisville metropolitan area, where he is also a licensed minister in his local church.