A Guide to Successful Meetings and Working Relationships 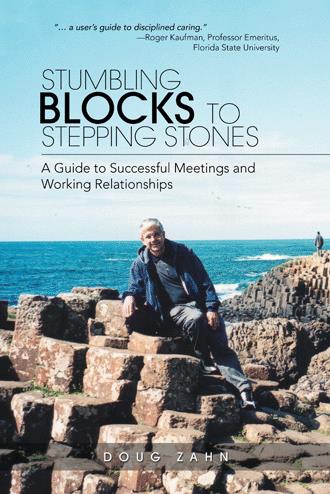 In both business and personal life, we engage in hundreds of conversations each day. Some are successful. Some are not. In Stumbling Blocks to Stepping Stones, you will learn from author Doug Zahn how to improve your conversations, thereby building more effective relationships, whether with friends or those you perceive as adversaries. This book offers a way to begin, continue, and end a successful conversation, helping assure participants are satisfied with the outcome. Zahn offers strategies to monitor and adjust your input during the interaction. To successfully use his approach, you must commit to self-observation and change. Successful relationships are the key to completing most jobs, whether at home or at work. Through the analysis of difficult conversations (those you often prefer to avoid) and the use of methodical building blocks, you will be able to have successful interactions wherever you go.

Doug Zahn earned a PhD in statistics from Harvard University. He is a professor emeritus of the Florida State University Department of Statistics, where he taught applied statistics and statistical consulting courses for thirty-five years. He provided consulting services to faculty and students. For over nine years he coached consulting professionals at the United Kingdom Office for National Statistics while coteaching a course on consultancy skills. Zahn is the coauthor of The Human Side of Statistical Consulting and Quality Management Plus: The Continuous Improvement of Education. He and his wife, Andrea, live in Tallahassee, Florida.