I Mean You No Harm; I Seek Your Greatest Good 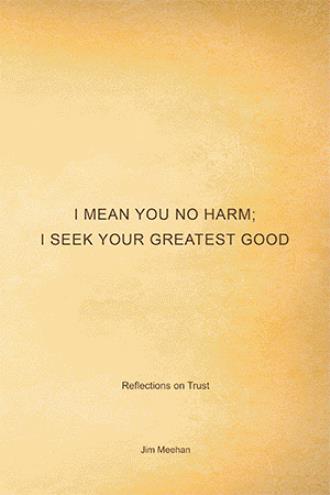 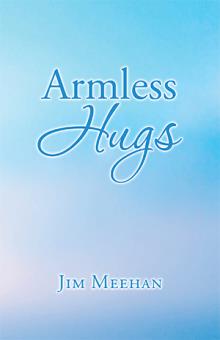 Meehan came up with ten words in the form of two promises that provide the title for this book, “I mean you no harm; I seek your greatest good.”

The book starts as Meehan attempts to answer the question he is often asked, “Where do these words come from?” Born in Liverpool in the same hospital and same year as Paul McCartney, Meehan uses McCartney’s account of the composition of his bestselling song, “Yesterday,” to describe a similar experience that gave birth to his ten-word mantra, which captures the heart of trust. Meehan offers some possible biographical contributing factors. Beginning with a section aptly titled, “My Yesterdays,” he explores some early childhood relationships and experiences in Liverpool toward the end and shortly after the Second World War and investigates his adolescence, which was spent mainly in Birmingham, England’s second largest city. He then turns his attention to the influence of five mentors who definitely meant him no harm and sought his greatest good to examine how instrumental they could have been in the formulation of the words.

Having exhausted his search for the origin of the expression, he then discusses the meaning of trust and how the two promises, when exchanged with other people, start a journey toward total mutual trust. Meehan defines different forms of trust, draws on the views of certain philosophers, psychologists and exemplars of trust and addresses the current global crisis of trust or, rather, lack of trust. He also includes a few anecdotes that describe the meaningfulness of the ten words to others.

At the beginning of his account, Meehan explains how these two promises have developed legs of their own and have traveled widely since first being written in 1997. He finishes the book by posing the question, “Where are the words going?” Certainly, the book could be said to have given the ten words some wings or at least some more legs. In his epilogue, he provides attempts he has made to catch the essentials of total mutual trust and related concepts in verse.

Jim Meehan spent his early childhood in Liverpool, England during, and for a few years after, the second half of World War II before moving to Birmingham at the age of six in the winter of 1948. He completed a course in philosophy at Oscott College, where he also studied theology. In November 1967, he began a twenty-three-year career in human resources with Rover Motor Manufacturing Company, the highlights of which were his role as plant personnel manager for Canley Operations in Coventry and his appointment as personnel operations manager for ten international sales companies. During his time with Rover, he attended Aston University, where he obtained his professional qualifications in human resources, a bachelor of arts degree with honors majoring in psychology from the Open University, and a diploma with distinction in the applications of psychology from the University of Wolverhampton, where he later received a master’s degree in applied psychology. In 1991, he left the United Kingdom to join Talent Plus, a human resources consultancy with corporate headquarters in Lincoln, Nebraska, where his psychological mentor, Dr. William E. Hall, passed on his life work to him. Since that time, he has provided consultancy services to clients around the globe and acted as an executive coach, a keynote speaker at events and carried out teamwork and team building programs with senior leaders.

In 1994, Meehan and a few colleagues created Outword Trust in the United Kingdom to raise money for good causes worldwide. This charitable trust published Meehan’s first two books of poetry, Hearts Have Reasons and Reasons Have Hearts Too. Second editions were released in the United States in 2000. They are a partial timeline of his life and illustrate the interplay between reason and emotion. His third book of poetry, Sugar Free Sweet Talk, was published in the United States in 2009 by Talent Plus, and all proceeds are used to find a cure for diabetes. It is a book written by a person with diabetes for people with diabetes and their caregivers. In 2013, Talent Plus published Hall Ways to Success and Significance, a tribute to his psychological mentor Dr. William E. Hall, which can be obtained on Kindle.

Meehan and his wife Maureen have been happily married since 1971 and have one grown daughter Larissa.