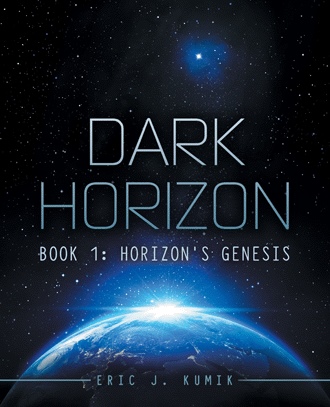 Nick calmly said in a voice so authoritative that seemed to not only resonate utmost confidence but also to keep the reporters at bay. He looked back to Z and Rusty and nodded that it was time. They nodded back and began to upload the video feed to the newscasters separate dishes. Nick turned and gave Emma the thumbs up and she stood by to adjust the audio feed if needed. She flipped a few switches, looked back towards Nick and winked at him. Nick nodded back at her signal and he continued, “For those of you hear tonight that do not have access to a tablet or smartphone, please direct your attention behind me to the screen we have set up for you,” Nick gave a final cue to Hotts who was standing by only to turn the lights down and to also assist with crowd control of things got out of hand. As the lights dimmed and the feeds were directed to their stations, the silence in the Main Base conference room was deafening. Nick could tell every journalist there was on the edge of their seat, waiting for the feed to begin and when it did the breathing in the room seemed to stop as well. The picture on every screen showed a huge room that looked as if it was made entirely out of glass. Huge, flowing banners of multiple colors and shapes hung down from unseen fastening devices that cascaded down to a large table where three individuals sat. These individuals looked surprisingly humanoid but with some drastic changes. Their complexion seemed to be made completely out of stone, having very linear features along their faces, necks and arms that also gave them a very regal look. Their eyes had a trapezoid shape slanting towards their noses, each having either deep purple or bright red pupils. All three had broad shoulders and from what everyone could see there was actually two sets on each which gave them all four arms instead of two. They were dressed in what looked like form fitting uniforms with high collars and something that may have been medals hanging from their chests. As intimidatingly large as they looked, the creatures also carried a curiosity about them, as if they wanted to find out exactly what humans were all about. Their hands were folded on the table giving absolutely no hint if they had weaponry with them which Nick could tell some of the other soldiers were uncomfortable with. The creature in the center of the table then leaned forward and turned its mouth into a smile showing a set of large but almost identical teeth to what humans had spoken in a voice so deep and rich that Emma had to turn down the bass or it would have shook everything in the room, “Greetings to you, people of Earth. The entirety of the planet Akonis would like to extend to you the most cordial and warmest regards. Let me be permitted to address all of you at this time and assure you that we mean you no harm. From what we must assume will be a time of uncertainty or even panic upon receiving a message such as this, we would like to affirm that our two races are alike in many more ways than you might image. We possess knowledge and technology that we would be happy to share with your world in hopes of building friendship as we would very much like to know more about you as well. In a very short time from now, we will have the extreme pleasure of meeting you in person to discuss a matter that will be shared with all of you upon our arrival. You will undoubtedly have many questions that we will be all but too happy to answer and you will have open access to both our ship and persons upon arrival for inspection as well. To further reassure you of our intentions and as an act of good faith, we have enclosed a formula that will enrich and purify your world’s water supply which in turn when turned into precipitation will fortify your soil into fertility beyond measure. We will receive confirmation when this message has been played and will contact you shortly before our arrival for coordinates and protocol. We thank you for your time and look forward to building fellowship between our races. We will be with you soon.” The screen went blank and the lights returned to their original brightness giving everyone a chance to process what they had just witnessed.

Somewhere in the endless darkness of space lies an uncharted planeT.The planet orbits dangerously close to the very hostile territory, the Dominion. A special team of scientists has gone missing after finding a mysterious ancient relic on the planet’s surface. Soon after the team sent out a distress message, all contact was then lost.

The only solution is to send out a dangerously reckless and unpredictable military division team to find out what happened. The clock races against Star Team Seven as they embark on the most dangerous mission of their lives. What waits for them in the chilling depths will test them against their most haunted nightmares. Worst of all, if Team Seven fails, the fate of the universe may be at stake. No room for error, no calling for help, no backing down.

Eric J. Kumik currently works as a flight attendant. He received a bachelor’s degree in scientific and technical communications from Bowling Green State University. He is working on the next installment in the Dark Horizon series. He and his fiancée, Debbie, have two dogs and a cat and reside in Las Vegas, Nevada.