A Memoir and Journey through the Struggle for Civil Rights 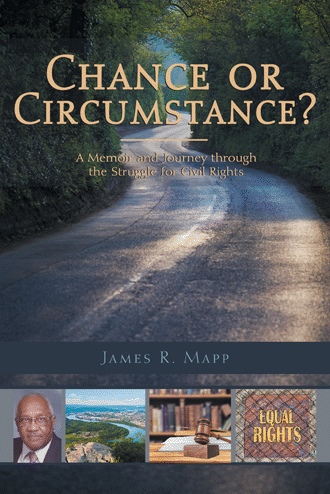 February 19, 1960 was a very pleasant day in Chattanooga with no rain or threat of snow. Despite these pleasant conditions two loud claps of thunder were heard due to two incidents that occurred on that day. It was as though lightning had struck twice in Chattanooga. The first “clap of thunder” would be heard and seen at Glenwood Elementary School about 1:30 p.m. as three Negro parents and five students promenaded up the walkway to the door of this all-white school which had vacant classrooms. Nearby Orchard Knob Elementary, which was ‘all-Black,’ was so badly overcrowded that students were being bussed out to three other schools – many for half day sessions. On this same nice day a group of Howard High students were in the library for a study hour discussing the actions taken by black college students who staged a sit-in to desegregate the lunch counter in Greensboro, North Carolina. This discussion led to a dare among the students to go to downtown Chattanooga and sit-in at the S.H. Kress & Company (a five-and-dime store) lunch counter. It must be remembered that at this time it was against the law to be seated with whites and would subject one to arrest and conviction. As young people will often do, each wanted to challenge the others saying, “I dare you to go downtown.” They finally took the dare and a second “clap of thunder” was heard. This type of action would prove to be unheard of in any high school in the country. This young group summoned the courage to take up the dare. Were the two unrelated events of that day chance or circumstance?

When it comes to issues of race and color of one’s skin, ignorance and racism persist to this day. It’s necessary to make connections from the past to erase the veil of ignorance. In Chance or Circumstance?, author James R. Mapp offers an account of the history of race relations and the road to desegregation and open accommodations in Chattanooga, Tennessee, from the 1960s to the present. This memoir tells of people, places, and events that occurred during that tumultuous era. Mapp—a lifetime member of the NAACP—has been entrenched in the movement for racial equality and positive change for more than sixty years. Chance or Circumstance? tells what motivated Mapp and others to endure hardships, sacrifice incomes, and even risk their lives to right a wrong that had oppressed African Americans since slavery. It looks at the effect of Howard School (then, the only high school for Negro students in Chattanooga, Tennessee) and the positive effects on the city that Howard alumni and students have had. Written from an historical and personal perspective, Mapp instills racial pride by revealing the hard work involved in the struggle for civil rights. It details a set of events that played out in this mid-size southern city as students, organizations, and ordinary citizens joined the attack on racial segregation in public accommodations and schools.

James R. Mapp civil rights advocate, businessman and community leader attended Tennessee A&I State University. He has been a member of the National Association for the Advancement of Colored People since 1942. Mapp is the father of eight. He and his wife, Bettye, reside in Chattanooga, Tennessee.