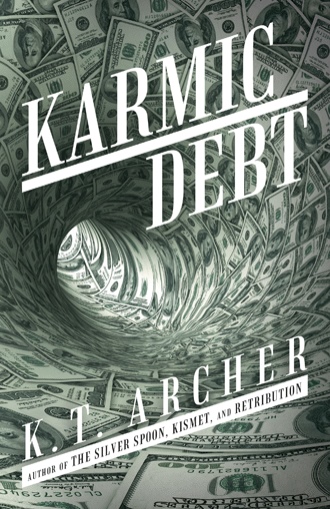 A voiced thundered through the cabin."Enough!"

"You."she said with disgust between her pants from the pain.

"Yes, Agent Fontana It seems our paths were destine to cross again." He smiled as if this brought him great pleasure.

She said, "Nigel,we're on a different playing field now. I'm no longer with the agency so those rules don't apply to me."

Coyly he asked,"But does that make us any less the adversaries?"

Without giving her the opportunity to answer he instructed the soldiers to get her into a seat and remove the dead man from the plane. Victoria had crushed the man's larynx with the heel of her hand.

Sympathetically he said to the soldiers "I'm sorry you lost one of your comrades but he died with honor."

I'd been so still that my captor had loosened his grip too much.

Breaking free I moved bolted to their sides. "Are y'all¾"

The large man snatched me back by my hair and I could fell some of it ripping from the root.The adrenaline coursed through me and I turned toward him to fight back. The man's fist drawn, ready to hit me but it was a punch he would never land.My ears rang from the sound of the gunfire inside the small space.The man in front of me paused. Blood dribbling from the hole in the middle of his forehead then his burly, lifeless body fell to the floor I froze.

"Mrs. Boudreaux."I looked over my shoulder to see the soldier who'd shot his comrade holstering his pistol. He hadn't called my name though. No, the one Victoria called Nigel had. Again, he said, "Mrs. Boudreaux, I intend for no harm to come to you but you have something I need."

His words were so collected I had to look once more to be sure there was a man lying dead on the floor. The blood from the man's head was pooling on the carpet. His motionless eyes locked on the ceiling of the plane.Fear churned in my gut.We were now hostages of some ruthless people.

"Mrs. Boudreaux, please.Do not be afraid.We have some business to attend and I believe you understand your safety is of my utmost importance."

In a timid tone I said,"That can't be possible because I don't even know you I think there has been some kind of mistake."

"No,there's no mistake."He motioned for me to take the seat across from the aisle from Victoria.

Victoria said adamantly "I know what it is you want.She'll never give it to you."

"Agent...I'm sorry,Victoria, do you think she'll feel the same as you when she realizes your lives depend on it? It's not like anyone is going to be crashing in to save the day.You all flew out of your country undetected.What other choice does she have?"

"Now, here's what we're going to do.Mrs. Boudreaux, I'm going to send your friend and husband away for safe keeping. When I get what I want, you get what you want."

I shook my head. "I'm not letting you take them God knows where. They stay with me."

"This is not your democracy of the United States. It isn't up for a vote or negotiations. They will be safe though, as long as you do as you're told."

"Then maybe I can influence her decision." He threw up a couple of fingers waving them at Dale. The soldier pulled at the barrel of the gun, bringing it around in front of him and took aim.

I jumped from my seat between Dale and the gunman, throwing my hands out in front of me. "No! No! No!" Closing my eyes, I prepared for the bullet to hit me but something struck me from the side,knocking me into the wall.

"As you can see, she's a little crazy,"she turned to look at me,"She has no fear."

I took a deep breath and swallowed hard. As calmly as I could I said to Nigel, "You hurt either one of them and I wish you luck with whatever it is you need."

"Mrs. Boudreaux,you do have spunk. I like that about you."We starred at each other for a moment.

We hadn't noticed Dale had come back to us completely.He got up from his seat, "You son-of-a-bitch."

"Mr. Boudreaux, we do not wish to fight you anymore. Nigel said. "There is some business your wife and I need to conduct."

Dale spat, "You bastard. You better not hurt her."

"I assure you, that is the last thing I want. Her safety is of the utmost importance at this time. We share a common bond. Now please, go with my men peacefully."

"Victoria, what the hell? We're just going to leave her here? I don't think so." Once again the cabin of the plane was filling with soldiers.

"Listen to these women Mr. Boudreaux.It is in your best interest." The commander motioned toward the door.

Dale stepped up next to me, "Lizzy, this isn't right."

"I know." I touched his face gently.

Whispering she said,"This isn't who I was dealing with or you'd never come. Stay strong Elizabeth."

"I trust you. I replied.

"Until we meet again, Nigel."

I moved to the opposite side of the plane trying to see Dale and Victoria through the window but was stunned to see a line of men with assault rifles drawn.

A truck pulled up absconding the militants from my view.I glanced at Nigel who'd closed the distance between us.

In a condescending tone he said "Mrs. Boudreaux the harm inflicted on your husband and friend were only brought on by all of your actions I truly hadn't meant it to be this way." 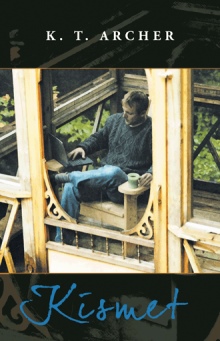 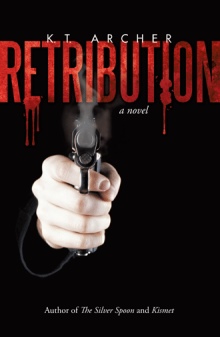 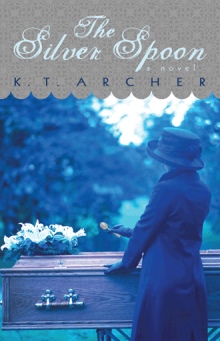 Lizzy Wallace Boudreaux has a debt to pay for killing Ross Hamilton—even though the crime was deemed self-defense. She accepts she can’t take part in a murder without invoking some bad karma, which is why she isn’t surprised when fate turns in the form of her accountant, Zachary Bradshaw, who steals her money and goes on the run.

For help, Lizzy seeks friend and former FBI agent, Victoria Fontana. Despite Victoria’s best efforts, Zachary evades them, so Lizzy takes a job to supplement her income until the culprit can be caught. She soon notices her new boss is covering up Medicare fraud, and although she needs the job, she knows turning a blind eye only means more bad karma.

Then, a spot of good news: Victoria has located Zachary in South America—but it’s too late. His arrogance made him the target of a corrupt criminal group who demands the money he stole. To save his own life, he names Lizzy as his connection to the cash, and now she’s a target. To save Lizzy, Victoria will jeopardize homeland security, but if all goes to plan, good karma will finally take charge.

K. T. Archer is the author of The Silver Spoon, Kismet, and Retribution. Life events, good and bad, are her inspiration. She and her husband live with their numerous pets in Montgomery, Alabama. Visit her online at www.ktarcher.com.