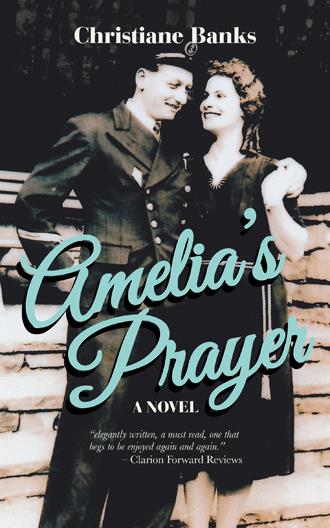 Sebastian Lavalle stepped out the front door into the warm sunlight on a spring morning in 1934. He did not stop to saturate his senses with the beauty around him, nor did he look at the old stone house nestled in the beautiful orchard overflowing with apple trees. The apples hung in multitudes—red, ripe, and juicy, waiting to be plucked and bitten into. Sebastian loved biting into apples and feeling the warm juices drip down his chin. At that moment, he also did not think of the magnificent mountains towering high above the village, looking over it and protecting it like the arms of the gods.

He did not consider his weeping mother, his father, or his younger sister; his mind was set upon adventure. Sebastian was fifteen and leaving home to join the navy. He was tall—six foot two—and slender, and he had thick, wavy dark blond hair; strong bones; a square jawline; and sapphire-blue eyes with dark eyebrows and eyelashes framing them. His family followed him out the front door to bid him good-bye.

“Au revoir, Sebastian; be safe. You look so handsome in your uniform,” said his mother.

“Merci, Maman.” Sebastian waved, turned, and walked away from his home, family, and village toward a new life—a different world—and he could not wait.

The navy was everything Sebastian had imagined it would be: fun, exciting, and full of travel. He joined as a junior sailor and worked his way up through the ranks over the years to lieutenant. He traveled all over the world, lived, laughed, and enjoyed life with his fellow shipmates. Sebastian was part of the engineering team and worked in the bowels of the ship, looking after the engines. All the sailors had battle-station positions and regularly practiced. On September 3, 1939, France and England declared war on Germany after Germany invaded Poland. As a result, the cruiser Jeanne d’Arc later became part of the Free French forces in response to Charles de Gaulle’s appeal. Sebastian and his shipmates were at war and fearful of the unknown. He was twenty.

Two years into the war, the Jeanne d’Arc was part of a convoy sailing from England to Archangel Port in Russia. All the crew were on battle watch, and everyone was at his post, anxious. The Jeanne d’Arc was hit, along with several other ships that were part of the convoy. Several were severely damaged and sank. Sebastian could hear the terrifying sounds of the explosions. It seemed to be silent for a moment after. Running to see what damage had been done to the engines, Sebastian dodged the shells. He watched in horror as his shipmate’s head was blown off, hit with a shell. He heard screams coming from every corner. Sebastian was not sure if they were coming from himself or the others. He slipped on the deck and fell on top of a sailor who’d had his legs blown off. Flesh, blood, stench, petrifying screams of his friends—the chaos that ensued was insane. Broken bodies were scattered across the ship; wounded men were everywhere. Men he had lived with, eaten with, drunk with, and worked alongside over the past six years were blown to pieces in front of him. Sebastian cried out, holding on to himself—the screams were coming from him.

As he staggered from one wounded man to the next, trying to help them, he was numb with shock. Smoke, fire, and dust hindered Sebastian and his shipmates as they ran around trying to help see to the wounded and put out the fires. They worked all night, and when at last the fires were out and the wounded men attended to, Sebastian stood in the eerie silence, looking around him at the devastation, destruction, and madness of the war.

Placing his hand over his mouth to stifle his sorrowful cries, tears pouring from his eyes, Sebastian longed for home. He ached for his mother’s arms, the taste of a juicy apple, and the sight of the mountains, for he was sure he had arrived at the mouth of hell.

The Jeanne d’Arc was not completely destroyed, as some of the ships that took the worst of the attack were. Hundreds of men were lost or wounded, and several ships sunk that night.

On July 12, 1941, the Jeanne d’Arc, with some other ships, slowly made its way to the northeastern coast of England, to the city of Newcastle upon Tyne. They were heading to Hadrian’s Shipyard, where they would stay for an indefinite time in order for the Jeanne d’Arc to be refurbished and the men to have some much-needed rest and recreation. The captain had told them that the Romans had settled in Newcastle for five hundred years, leaving behind some of their culture and artifacts. The Tyne Bridge was a great sight and arched across the river connecting the two cities—Gateshead and Newcastle. As the Jeanne d’Arc sailed under the bridge toward the shipyard, Sebastian could see the locals selling fish on the quayside. As he stood on the deck with the sun on his back, he thought he would enjoy getting to know this ancient city.

The captain had promised the crew that he would give them time off the next day, July 14, Bastille Day—a French national holiday celebrating the country’s independence. The boys who were able would go into town, as the local women’s volunteer group were holding a tea dance in the city to keep up the spirits and morale of the fighting men and to give them some comfort and a small taste of home.

Amelia was excited, as she and her older sister were going to the monthly tea dance in Newcastle that day. It had been months since they had been to a dance, as the last one had been canceled after the bombing of houses just two streets from where she lived with her parents and sisters. Dozens of families just like hers were affected when the bomb fell. The bombers had meant to hit a supply depot two miles away, but they’d missed, and the bomb had fallen on the houses.

Amelia looked out the window to the street below. She could see two young lads kicking an old can around like a football. They were wearing worn-out wellies in the middle of summer. They did not seem to notice or care, as it was either that or bare feet.

“I can’t stand this. I can’t do this anymore!” Deidre jumped off the bed, holding onto the stocking she had mended for the umpteenth time. “Do you know Victoria Smith, the girl I work next to at the armory factory?”

“You mean the one with the big chest and the loud voice?” Amelia said.

“Yes, hard to miss. She was telling me that she went to Catterick Camp last weekend with some American GIs—some dance. She said it was fantastic. She danced till she was ready to drop, and she came home with silk stockings and chocolate.” Deidre waved her mended stockings in the air. “Silk stockings! What I wouldn’t give for that. It’s been at least a year since I had a new pair, with the rations coupons and all.”

“I wonder what she had to do to bring silk stockings home,” said Amelia, raising her eyebrows.

Amelia turned her head back to the window and was quiet.

“What are you thinking about?” Deidre asked. 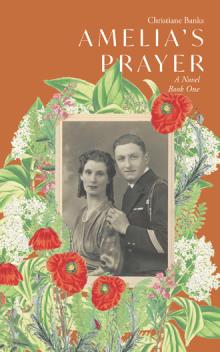 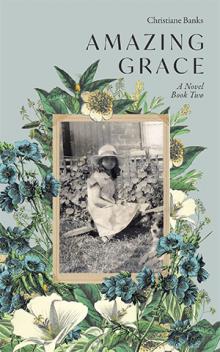 Sebastian Lavalle is just 15 when he leaves home in 1934 to join the Navy. Seven years later, Sebastian unfortunately knows all too well about the horrors of World War II and what it is like to fear the unknown. When repairs forced his ship to the rugged shore of Newcastle, the young French naval officer is invited to a tea dance. He seizes the opportunity hoping to find comfort and a small taste of home.

Amelia Sullivan, the daughter of Irish immigrant parents, is thrilled to be attending the tea dance. When Sebastian’s eyes find her in the crowd, he drinks in her exotic beauty. Moments later as he draws her into his arms for a dance, there is no doubt in his mind that he has just met the woman of his dreams. Days later, Sebastian professes his love and marries her, sending them both on an unforgettable journey through betrayal, survival, and forgiveness. Their soul searching journey, not only will take the reader from England’s coast to the French Riviera, but also to Tennessee. Their journey explores the many facets and depths of love leading to the realization of what true happiness means.

Christiane Banks lives in Ontario, Canada, with her husband. Amelia’s Prayer, which took six years to write, is her debut novel.