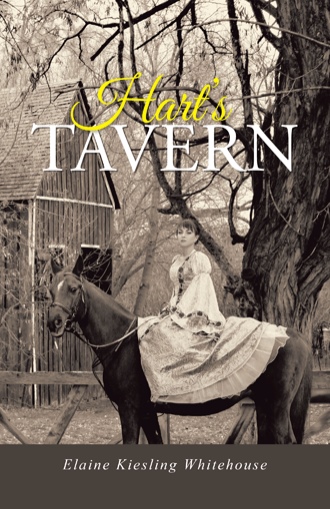 New Kensington consisted of a Main Street with a few shops, the church, and the Town Hall. Hart’s Tavern was a good three miles down the road, and Melancholy Hollow was well beyond that. The Great Bay, with its miles of marshlands lay to the south. Separating the bay from the ocean, about four miles out, was the Barrier Island.
Reed grass as tall as a man grew alongside the marsh. Here there were nests of ducks, black skimmers, terns and kingfishers. Black and orange ladybugs, monarch butterflies and bright peacock-blue dragonflies darted among the reeds. Occasionally one of them would stray from the reeds and alight on a young woman’s basket.

The young woman was Evie, slave of Peter Hart. On this golden September day she walked barefooted on the marsh. She was pressing her feet into the thick, gooey black mud in what looked like a curious dance, but she was actually hunting for the fat eels that lived beneath the shallow water. Out popped a head and Evie quickly scooped it up, its glistening black body writhing and twisting like a snake. Evie thrust it in her basket and closed the lid. She repeated this action until her basket was full of squirming eels, ready to be baked into pies or jellied or pickled for future use. The basket grew heavy, and Evie was getting tired. She gathered her skirts with her free hand and made her way through the reeds towards the road. She stopped when she saw a flash of color. Quietly setting down her basket, she stood motionless. Three Redcoats stood talking, no more than ten feet away. She could not hear what they were saying, but she sensed a restlessness about them. She feared these men and their swords.

Then a wave of claustrophobia came over her and she suddenly felt weak in the knees. There was something about these soldiers that reminded her of the slave dealers. Her hand moved involuntarily to her left thigh, where she had felt the sting of their whip when she was just a small girl, and where a thick scar was hidden under her plain skirt. She waited there, motionless, trying not to breathe, until at last the Redcoats moved on down the road towards town. Evie waited still longer, until she was sure they were out of sight.
Then she hurried in the opposite direction, along the path that ran alongside the marsh to Melancholy Hollow, her eel basket bumping against her leg, until she came to the place where the land suddenly rose slightly to reveal a thicket of shrubs and a stand of tall birch trees. She leaned against one of them to catch her breath. This was a good place to stop and rest, just for a moment, out of sight and out of the wind.

Evie noticed a small outcropping of stones under the birch trees. She had seen it before, but had never really looked at the stones. Today she realized they were not part of the natural landscape, but had been placed there by someone. They were arranged in an overlapping circular pattern. The stones must be a marker, she thought, perhaps a grave. A shiver ran through her thin body. The sun was getting low, the air chill.

Again Evie thought of the Redcoats. Where were they staying? Maybe they were on their way to Hart’s Tavern right now, she thought. She realized she must tell Miss Hannah. She gathered up her skirts and basket and quickly made her way back to the inn.

In the autumn of 1775, the year prior to the Battle of Long Island, four young women meet their destinies at an inn called Hart’s Tavern on the south shore of Long Island.

Hannah Hart is the motherless 14-year-old daughter of Peter Hart, the inn’s proprietor. She is strong, independent and curious, with a thirst for intellectual discovery. Yet her days are occupied with chores and caring for guests at the inn.

Evie is their slave who was sold to Peter Hart when she was just a little girl. She is in love with a Patriot spy and longs to be free. Violet White is the beautiful schoolmistress who came to America to seek adventure, but who finds herself caught in the dilemma of being a loyal British subject among the colonists who no longer view themselves as such.

Wyanjoy is a Native American, one of the last members of the Secatogue tribe that inhabits the outskirts of town. She is pregnant, unmarried, and sees the members of her tribe dying off from disease brought by the white men.

Set against the background of the British occupation of Long Island the women find themselves caught up in historic and profound change and hardship in the midst of trying to figure out their own destinies.

Elaine Kiesling Whitehouse is an award winning journalist, editor of the Fire Island News, and former editor of The Fire Island Tide. Elaine obtained her Masters Degree in International Relations at the Maxwell School of Syracuse University and has taught at all levels in public, private, and international schools in New York, London, Istanbul and The Hague. Her primary interests include writing, art, music, and literature. She is from Sayville, Long Island, just four miles away from the original Hart’s Tavern.