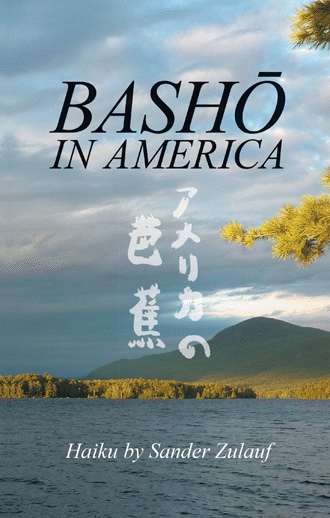 Prose quotations of Matsuo Bashō, and original translations and quotations by translator/poet Sam Hamill are from Narrow Road to the Interior published by Shambhala Publications, Inc. and are reprinted with permission of the publisher.  ©1998 by Sam Hamill.

The author wishes to thank many people who assisted in the preparation of this manuscript,
including Madeline Zulauf, who patiently listened to all of these haiku on the days they were written, and who provided the images for the covers of this book.   Herb and Laurel Bergman rented us their “abode of illusion” on an island in Lake George where most of these poems were born.  The County College of Morris provided a much-needed sabbatical for the purpose of writing my poetry and working on some translations.  Without that gift of one year, this book would have been impossible.  The late William Higginson’s and his widow poet Penny Harter’s book The Haiku Handbook, Robert Hass’s The Essential Haiku, and Gene Myer’s gift to me of Cor van den Heuvel’s The Haiku Anthology were all indispensible studies before I ever attempted to create my first haiku.  I would like to thank my writing professors from long ago—Katherine Kressman Taylor and John Clarke at Gettysburg College in the tumultuous 1960’s, and Philip Appleman, Samuel Yellen, Donald Gray, and Philip B. Daghlian at Indiana University in the early 1970’s.  Deborah Cowan and Patricia Crowell graciously guided the Academy of American Poets’ Marion Zulauf Poetry Prize at Gettysburg College for decades, for which I am extremely grateful.  My friend Marvin Silbersher has been foremost in encouraging me to write my poetry either on the phone or in our impromptu poetry workshops at the Ware House. And of course, Matsuo Bashō, the master of the form, who lived in his own “abode of illusion” at Lake Biwa, and who made a thousand mile journey recorded in Narrow Road to the Interior—he is the true inspiration for Bashō in America.

once more this afternoon
another thunder shower
scatters butterflies

how foolish!
to think I am
bashō!

spider on my pants
which way
are you going?

at our moon viewing party

and one at a time

“In this stunning collection Sander Zulauf makes a convincing bid to become our American Bashō. Poem after brief poem struck me right between the eyes, with shocks of recognized truth.”

Sander Zulauf is editor emeritus of the Journal of New Jersey Poets (1989–2012) and an editor of The Poets of New Jersey: From Colonial to Contemporary (Jersey Shore Publications). In addition to editing the first ten volumes of the Index of American Periodical Verse (1973–1982), Zulauf has written several books of poetry, which include Succasunna New Jersey (Breaking Point), Living Waters (St. Dunstan’s), and Where Time Goes (Dryad Press). He served as editor of Joe Salerno’s two posthumous books of poetry, Dream Paintings from the Heaven of Obscurity and Only Here. Bashō in America and Zulauf’s translation of Veinte poemas de amor y una canción desesperada (Twenty Love Poems and a Song of Despair) by Pablo Neruda (a sensational book first published in Chile in 1924, when Neruda was a twenty-year-old university student) were completed while on sabbatical leave from County College of Morris, where he has been teaching English and creative writing since 1973. A Geraldine R. Dodge poet since 1987, he was named the first poet laureate of the Episcopal Diocese of Newark by Bishop John S. Spong in 1999. He is married to the photographer Madeline Zulauf, whose work graces the cover of this book.