A Memoir of Marriage, Mime, and Moving On 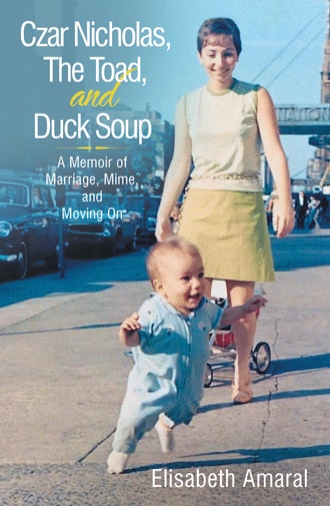 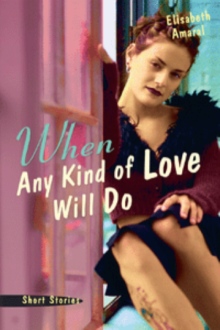 When Any Kind of Love Will Do
Elisabeth Amaral
$12.95

The mid-1960s through the mid-1970s was a heady, turbulent time. There was a lot going on back then, and author Elisabeth Amaral was in the middle of it all: the fights for women’s rights, racial equality, a music revolution, be-ins, love-ins, riots in the streets, the rage against the Vietnam War, and sex, drugs, and rock and roll. It was an amazing time to be young. In Czar Nicholas, The Toad, and Duck Soup, Amaral shares her recollections of those times. She narrates a coming-of-age story about herself and her husband as they embarked on an improbable journey of self-discovery. They gave up their jobs, moved with their infant son from New York City to Boston, unexpectedly started a children’s boutique, and soon opened a popular restaurant in Harvard Square. With sincerity and humor, Czar Nicholas, The Toad, and Duck Soup offers a personal and revealing account that reaches out to those who find themselves striving to make a relationship work that, by its very nature, may be doomed. But this story is also one of friendship—and of finding the courage to move on. Praise for Czar Nicholas, The Toad, and Duck Soup “In her intimate and humorous memoir, Liz Amaral reveals the challenges of a young family establishing a home in Cambridge amid the tumult of the late 1960s. You will discover the disconcerting truth about her marriage and the painful path she takes to find herself again. A true adventure of the heart.” —Kathrin Seitz, writer, producer, and coach

Elisabeth Amaral has designed jewelry, co-owned both a children’s boutique and a restaurant, and sold real estate in New York City. She is the author of Elodie at the Corner Market and When Any Kind of Love Will Do. Elisabeth lives with her husband in Manhattan. Visit her online at www.elisabethamaral.com.