A Novel of Murder, Deception, Revenge, and Love 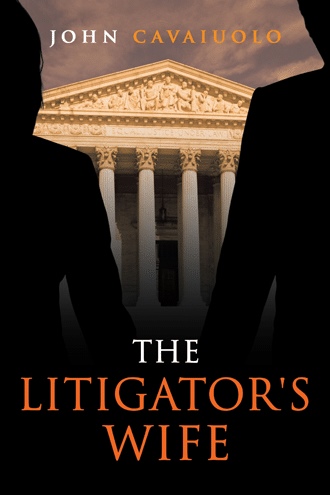 THE BOOK: LMCTW John Giordano, the former US attorney who successfully prosecuted the five NY crime families—known as the Commission Case— in the trial of the century, is selected by the president to run as the law and order candidate for the NY Senate. Working at the attorney generals former white shoe law firm as the chief litigator, Giordano smoothly makes the transition from the countries premier prosecutor to a high priced litigator representing corporate clients. He meets all the political movers and shakers that will secure the nomination against his opponent—Michael Marotta, the Manhattan district attorney Giordano’s life gets complicated when he receives a visit from his former lover, Paula Fasano—the grand daughter of a Mafia Don—with whom he had a secret love affair thirty-five years ago while she was engaged to her husband to be, James Fasano—the grandson of a Mafia Don. The marriage, arranged by to two Dons to protect their positions in the NY Crime Commission, was meant for their deal to be sealed in blood with the birth of a great grandchild. Accused of first-degree murder of her husband and facing the death penalty, Paula asks John to be her defense attorney. The powers behind his candidacy discourage him from taking the case. Believing Paula is innocent and picking up where they left off thirty-five years ago, Giordano takes the case, alienating the Chairman of the Republican National Committee, and the President, his two most ardent supporters.. The trial pits Giordano against Marotta in a fight to the finish which culminates into a riveting courtroom confrontation that not only will determine the fate of Giordano’s lover—Paula Fasano—but also Giordano’s quest for the Senate nomination. But the trial has its complications as Giordano soon realizes that in all his years as a litigator, he had never had such a personal and emotional stake in the outcome of a trial. As events race to a climax, and forced to deal with the devious tactics of the prosecutor, and the impartiality of the presiding judge, Giordano concludes that Paula will be found guilty. Fearing the worst, he sanctions the only move that would assure his lovers acquittal, even though it violates every tenet of decency and the law. And if it ever came to light, his destruction would be complete—politically, financially and with the distinct possibility of joining his lover in prison. Facing this explosive truth, Giordano is forced to question the very legal and political system that he had believed in and spent his life defending. But in the end it culminates into the love of two people destined to be together, no matter the price and the outcome. LMCTW is a tale of murder, deceit, betrayal, and revenge, entwined with the heartrending love story of Giordano and Paula.. 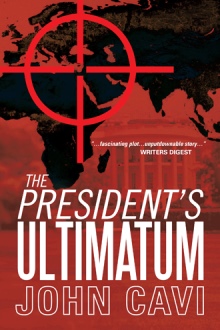 John Giordano is the former associate US attorney who has already prosecuted five New York crime families in the trial of the century when he is recruited by the president to run for the Senate. But just as he thinks life is going according to plan, Giordano receives a visit from his former lover, Paula Fasano, the granddaughter of a Mafia Don with whom he had a secret love affair thirty-five years earlier.

Paula is accused of murdering her husband and wants Giordano to defend her. Despite receiving discouragement from the powers behind his candidacy, John takes the case, believing Paula is innocent. After alienating his two most ardent supporters, Giordano is pitted against the DA in a riveting courtroom confrontation that determines Paula’s fate and his quest for the Senate seat. As Giordano fears Paula will be found guilty, he must question the legal and political system he has spent his life believing in and defending. Now only time will tell if love will be strong enough to bind two people destined to be together, despite the seemingly insurmountable obstacles standing in their way.

The Litigator’s Wife is a tale of murder, deceit, betrayal, and revenge as an attorney risks everything to defend the woman he loves.

Award winning author for his first novel, The President’s Ultimatum, John Cavaiuolo has hit another home run with his novel, The Litigator’s Wife. Born in Brooklyn, New York, John grew up during the depression, served in the Marine Corp during the Korean War and rose to become an executive at Citigroup.

After retirement, he began a second career as an author, and through a long battle with cancer created yet another page turner. John passed away in 2015 and leaves behind a legacy of courage, creativity, and most of all wonderful memories for his wife, daughters, grandchildren and friends.