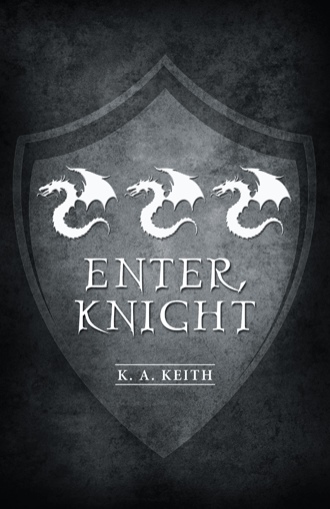 WINDHOVER Apieron dismounted, giving over his reins to Henlee that he might walk a wheat field that lay betwixt thorpe and the keep proper. The others kept to a worn track, avoiding the fragile growth. A light breeze tossed the supple blades a foot over the rich earth. After spring's kiss, the plants were growing rapidly and cattle had long since been fenced away from the tender shoots. In moist low places, the crop was pale emerald, and on sunny ridges, a rich green-blue. Apieron plucked a stem and sucked out the pith. No head of spiked kernels graced the maturing plants, but he could already taste the mildly acrid flavor of raw grain. He raised his eyes as a greater wind swept the wheat into waves of undulant unison. "What a beautiful thing we have made in this place. She and I." The party's sojourn at Windhover was brief. When Melónie saw the stern faces of the warriors who rode with Apieron, she burst into tears that were warm against his neck. Gracious welcome she made for them, treating each with honor. To Xephard and Henlee who Melónie knew well, she cast many searching looks, yet in her moist brown eyes they beheld a sorrow more poignant than words might frame. Despite this she buoyed Apieron, knowing he was in some way chosen; that his road back to her lay beyond the darkness. What few possessions the companions consumed during their swift journey from Lampus were restocked. In addition each was given a supply of iron rations consisting of cakes of marrow rolled with dried meat. There were also hardtack biscuits, meat jerked with berries, skins of wine and water, and strings of salted eels. Henlee procured a small but heavy cask of beer that Bump eyed dubiously. He also spent some hours sequestered with Bagwart, though he did not reveal what they were about. Apieron thought to delay their departure, perhaps to await news of events in the capital. He wished to walk his forest in secret to seek out Vergessen and perhaps try his luck again with a second sojourn at Findlán. Turpin vigorously opposed any repose beyond a single night. "We stand astride a nexus of doom that is both vast and fragile." The cleric's tenor was painfully authoritarian, "It trembles with tension. The slightest nudge might send events roiling away in one direction or the other in uncontrollable cascade. We must away 'ere some mishap undue all we intend!" No argument was forthcoming and so a rather solemn meal was taken before guests were led to their lodgings for a final evening in the comfort of a bed. Once alone, Apieron and Melónie spoke the night through of small things and quaint memories they cherished. When at last their desire for converse fled, Melónie bestrode Apieron’s hips and leaned forward. Her sable hair cascaded over him like the fabric of whispering nightfall. Her scent enveloped him, holding him in a place he never wanted to leave. "Sweet, gentle prison," he murmured. Melónie moaned when his calloused hands found her. The feel of her warm yielding skin burned indelible images in his mind. Softly, with consummate feeling, he caressed her face and swollen lips. Again she moaned and kissed fervently at his fingers and inner wrist. She swayed above him, dragging her breasts against him. Apieron grasped the back of her neck. Entwining a handful of tresses, he pulled her hard onto him. Melónie arched her back and cried out as they rocked back and forth. Apieron guided her movements with hands in hair and on hip. Slowly at first, then with gathering momentum they thrust together. Apieron groaned aloud as their movements rode a wild crescendo, neither knowing where one body stopped and the other began. Melónie's yelping cries became one continuous undulant wail. With a climactic heave Apieron shouted and they fell together in triumph. Melónie collapsed upon her husband's sweat-beaded chest as his hands lovingly stroked her heaving back and flanks. He felt her limp form, overheated but too drained and too comfortable to roll away. "So," she mused, "this is what my sisters meant by woman's rapture." Apieron had no words, choked with love and protectiveness towards her, and shame of the inner flaw that lead him away. She kissed his cheek, tasting the salt of a tear amidst the sweat of their lovemaking. Dawn found the others assembled before the gate. Apieron was last to come. Melónie's waterfall chattered. They could see her standing high atop the gate tower, swathed against morning's chill next to Duner. The ever buoyant Xephard called out, "I tell you this, milady, never will Xephard of the Valley leave the field without Apieron at my side!" Melónie's soft words of thanks were lost in the stamping and snorting of the beasts. Apieron met her eyes a long moment, then they were off through the palisade gate and across the clear cut onto a forest trail bearing east that was more or less direct to what Apieron hoped would be high ground through the Wyrnde. The mournful clang of a bell followed their hoofbeats into a cloaking mist as they rode from sight. 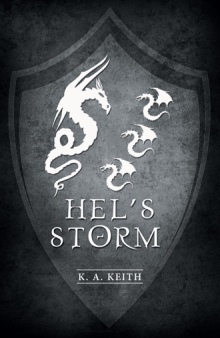 Two infants, born simultaneously, are infused with otherworldly energies as the most ancient evil stirs. The Knight Apieron Farsinger, and Adestes Malgrim represent the heights of their opposing martial traditions in classic East versus West confrontation. In this medieval action adventure, Apieron’s country Ilycrium is conquered, while more sinister assaults transpire from beyond the lands of light. The Knight Apieron Farsinger, father to three small children and husband to a gentle wife, must leave hearth and home in quest to confront the Dragon Queen in her Hellish lair. Treacherous allies, unexpected friendships, love, and the conflicts of honor all color Apieron’s journey to save his land and family. The other recipient of the Starburn, Adestes Malgrim, is a peerless warrior and assassin of the cult of the Dragon. In this sweeping work of fantasy, adventure and war draw both champions into deadly strife time and again as preternatural forces vie for mastery. Their fated enmity will change the world.

K. A. Keith was born in Oklahoma. He has studied in Rome, lived and worked with Arab peoples, and served with distinction as a flight surgeon in Just Cause and Desert Storm. Enter, Knight is book one of an epic fantasy duology. The whirlwind tale continues in Hel’s Storm, iUniverse 2016.