The Life and Times of a World War I Soldier 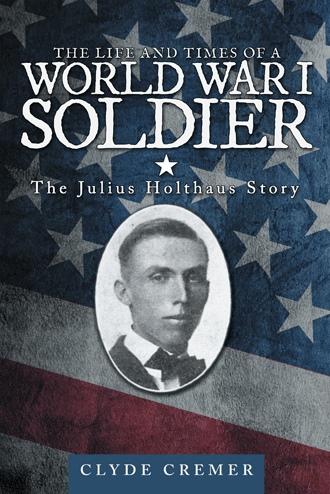 A journey of a thousand miles starts with a single step.
-Lao Tzu

On this day in France, the Avenue Trocadero is named Rue Wilson (Wilson Street) as a testimonial of French gratitude for President Wilson joining the allied war effort.

It was early morning on the Camas prairie, in central Idaho, and the sun was just coming up on the horizon. The sky was a beautiful dark blue punctuated with streaks of red and yellow. A sunrise can be a thing of beauty if conditions are right. It was late June and although it was officially summer, the early morning freshness, coupled with the smells of dampness across the fields of hay, wheat and corn, made it feel more like spring. A welcomed rain fell over the Camas prairie the previous Saturday and Sunday and there was hope that the dry spell had ended and crops would still flourish. The early spring flowers had long since lost their blooms, but the flowers planted around the yard still added a fragrance to the early morning air as a woodpecker pounded on an aging tree east of the house. The cooing of the pigeons on the barn roof was an early morning ritual as were the two roosters who were playing "dueling banjos" on a fence.

Standing on the front porch of the Holthaus home, with cups of coffee in hand, a halcyon feeling came over Julius and his father, Alois. The long, cold winter of 1917-1918 was behind the residents of the prairie; ahead were the warm days of summer with the bountiful harvest well on its way to fruition. The night before the temperature dipped to 44 degrees but today it would be a very pleasant 70 degrees. What a great day to be alive and to look out over the verdant plains, which hard work had made into a prosperous farming operation. It must have been a morning such as this that Beethoven received the inspiration for the 5th movement of his Symphony No. 6, F Major, “Pastoral”.

From the time that Paleo Man stopped being hunter-gatherers; man has always been tied to the land. The innate love for the private ownership of land and for farming had brought the Holthaus family to Idaho to start a new life on the rolling plains. It took this special attachment to the land, love of farming and its crops to transform men into farmers, and it is what always attracted this family to agriculture. To have to leave this little piece of heaven would be tantamount to tearing a piece of the soul from their bodies. This farm was the epicenter of their world and the core of their total being. Farm, family, and their neighbors were their world. In this close-knit, bucolic farming community, they were seldom accustomed to the serenity of their lives being subjected to any type of outside trauma. Yes, occasionally a death of a friend or neighbor would lead to shock and sadness, but then life would have to proceed with only the memory of the person left to ponder. The smallpox epidemic of the winter 1917-1918 was one such event. The outside world did not reach into the lives of these rural families as it does today as they were protected, for the most part, by the insulation derived by their seclusion on the vast prairie. It would take a very traumatic event in the world to disrupt their serene, sheltered life in early 20th century rural America. The unfolding of the Great War in Europe was one such event that was out of their control and would bring heartbreak and sadness to many families across Idaho County and the United States.

The Holthaus’ were early risers, which was a custom with farm families, then as well as now. Josephine was busy with the breakfast meal, aided by her five daughters. When the wood-fired cook stove was putting out plenty of heat and the cast-iron frying pan was hot, a copious wad of lard was added to the pan. This resultant mix of heat and grease created a cloud of smoke reminiscent of the 1910 burn which blackened the forests across large parts of northern Idaho and northwestern Montana. Alois talked to Julius about the crops and how the family would have to get by without his help. There was also the matter of the 160 acres that Alois had just purchased, which more than doubled the farming operation. The weather had been good and there was no reason why this should not be a banner year for grain crops. The future looked great with the war demands resulting in high prices for all agricultural products. They would have to make the best of Julius' leaving for the Army.

The meal commenced with bowed heads and a saying of grace. The Holthaus’ were devout Catholics and they started all meals with bowed heads as they paid homage to the Lord. Then, and only then, was a high caloric meal of eggs, bacon, potatoes, and home-made bread enjoyed. This morning the conversation was quite subdued, different from the usual lively banter that started each day. Their oldest son, Julius, draft number 581, had been inducted into the U.S. Army and this was his call-up date. With 4,600 draft boards across the United States, there would be few men of draft age that would not pass the boards scrutiny. It wasn't so much that he was going into the military, but that he was going off to a war that had been devouring the wealth and youth of the warring nations since August, 1914. Even in Cottonwood, Idaho, the word had spread about the carnage that was being wrought between warring nations. The Cottonwood Chronicle had little or no coverage of the Great War until the United States put its hat into the ring in April, 1917.

However, the larger newspapers, such as the Lewiston Morning Tribune and the Idaho Free Press (Grangeville), did report major events as they unfolded across the various battlefronts of the world. Since autumn of 1914, reports on the invasion of Belgium and France by five German army groups had left the people of Idaho County shaking their heads over these European nations once again being embroiled in a major war. However, this time the war was of such magnitude and the events unfolding in Europe were so numbing in their viciousness that they were beginning to affect the peace and tranquility on farms and in hamlets across isolationist America. Never had the systematic killing of one's fellow man progressed on such a wide scale and with such ruthless efficiency. The massive use of modern artillery, airplanes, tanks, machine guns, poison gas and submarine warfare were leaving their mark on the landscape, with desolate fields of white crosses and entombed bodies at sea. A few months after hostilities ensued in Europe in 1914 the front lines had already expanded to 466 miles. By the time that the United States entered the war, nearly two-thirds of the world’s population was at war. The world’s population in 1917 was 1,691,751,000 and the population of the warring counties was 1,144,400,000!

It was hard to imagine that it was just slightly over 42 years ago (June 25, 1876) that General Armstrong Custer and his men had died at the Battle of the Little Bighorn in Montana Territory. Gathered on a grass covered hillside, his men resisted the repeated onslaught of the Indians with their single shot Springfield carbines and Colt single action revolvers as their antagonists fired on them with rifle and arrow. Even an occasional stone club, which heralds back to the Neolithic, was used to dispatch a wounded soldier in close combat. Now some four decades later the art of war had reached new heights of brutality and efficiency. This was the dangerous world that Julius was about to enter. 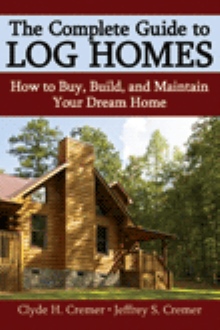 Julius Holthaus, a humble American farm boy, went to France to help fill the depleted ranks of the Allies in America’s largest battle of World War I, the Meuse-Argonne Offensive. He had no idea what he was getting into. The fight would involve more than a million American doughboys, span forty-seven days, and result in the deaths of tens of thousands of people in one of the bloodiest battle in American military history.

Countless books focus on great military leaders, war heroes, and battle tactics, but one must look at war on a human scale to truly understand its toll. That understanding comes through examining the life and diary of Holthaus. Author Clyde Cremer explores them in detail, supplementing the diary’s information with the insights he gleaned during six years of research. This history follows a single soldier from rural Idaho and Iowa through his enlistment, training, and final trauma in the dark, disenchanted forest of the Argonne.

Filled with facts and historical anecdotes, this could be the story of many of the members of the American Expeditionary Forces sent overseas in World War I. Their names are not listed in the history books, but they all answered their country’s call and should be remembered.

Clyde Cremer was born and raised in northeastern Iowa. He served in the US Army and earned a bachelor’s degree in forestry from Stephen F. Austin State University in Nacogdoches, Texas, and a master’s degree from the Yale University School of Forestry and Environmental Studies. He is self-employed as the president of American Log Homes and lives with his family in Colorado.