Just the Nudge I Needed 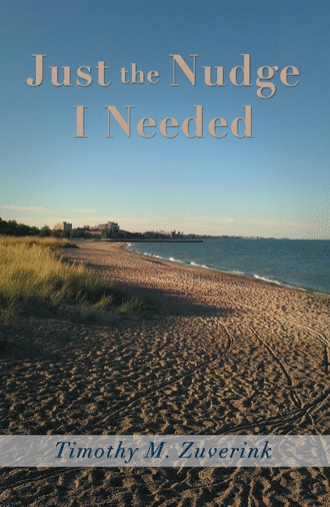 I have fifty-six friends on Facebook. That’s not a large number compared to most people but I try to limit my list of contacts to those who really are my friends or at least close acquaintances. It always amazes me when I scroll through the names how few of the people are still in Chicago. There are those I’ve known since high school and others I’ve known since college and grad school. Some on the list I originally met at church. Some are various colleagues from the schools I’ve taught at. Everyone is a person I first became acquainted with here in Chicago. But almost all of them, except for me and a mere handful of others it would seem, have gone on to other adventures in new locales. If I think about it too deeply it makes me feel as if I’ve somehow been left behind.

Not much seemed to be going on late on a Thursday night but I still found some interesting and humorous posts made by people during the day. My friend Ben in Seattle always shares the funniest photos and cartoons. I have no idea where he finds them all but I deeply appreciate his effort. My friend Dominic in Atlanta shares a number of “philosophical” items, proverbs and maxims really, but they always give me something to think about. My friend Susan in Wisconsin is an avid wildlife photographer. She shares her own work as well as photos by others and they all somehow take my breath away.

I didn’t have anything noteworthy to post myself tonight, but I signed and shared a petition from Amnesty International and another from Environmental Defense Fund. I shared a photo of a pit bull desperately needing a home or foster through Chicago Pit Stop Rescue and a photo of a border collie through Famous Fido Rescue.

Do I think it’s going to do much good? No, not really. But as the old adage goes, “It is better to light even one small candle than to curse the darkness.” It is always better to do something, even if it is minor, than to do absolutely nothing at all. 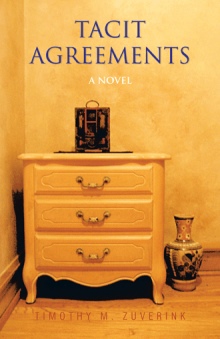 English as a Second Language instructor Trevor McCall lives with his cat in a studio apartment on the north side of Chicago. It’s not a bad life but it’s far from what Trevor pictured for himself at age 38. Not only is he struggling financially, he’s also alone. And having been single for the last four years, he’s beginning to fear it will become a permanent condition. Nice guys finish last, or so he’s been told, and Trevor is definitely a kindhearted, contemplative soul. When not teaching, Trevor tries to fill his time with various cultural pursuits. And while fulfilling, he lacks that one special person to share it all with.

One day Trevor and Scott—a musician he’s befriended who has recently moved into his building—run into a stranger at their local pet supply store and Trevor can’t keep his eyes off the handsome somewhat older man. By chance Scott later runs into the same man and decides to make contact on Trevor’s behalf. It turns out he’s a Greek-American named Nick who lives in their neighborhood. And he owns a beautiful Shiba Inu named Jefferson.

Trevor himself spots Nick one night and from somewhere deep inside musters up the courage to approach. There is an instant rapport between them and soon they become romantically involved. Nick is everything Trevor has ever wanted in a partner, and although commitment is scary, Trevor knows that Nick is just the nudge he’s needed to get his life moving forward again.

Having spent twenty years living in Chicago, Timothy M. Zuverink is very familiar with the cosmopolitan setting of this novel. He is a former ESL instructor, an animal lover and advocate, and is the author of Tacit Agreements.