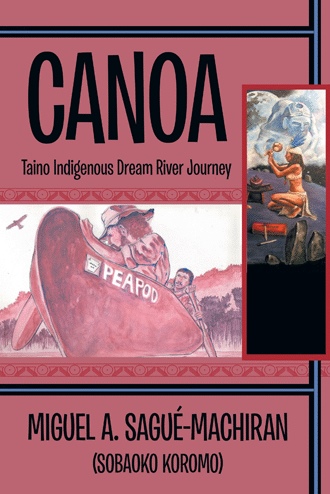 I dozed gradually, comfortably wrapped in my bedroll in the tent. In the background the gentle hiss of the water as it rushed over the nearby dam into the river below created a kind of lullaby upon which I was carried almost magically into the realm of sleep. Then, in front of me, dream images began to materialize. I began to see. My eyes struggled to focus in the darkness of sleep. The dream picture sharpened. It became gradually clearer. I began to discern the muted panorama of a tropical forest at midnight. The deep shadows of the foliage waved and quivered upon the nighttime breeze, a small clearing bathed in brilliant moonlight. I looked up. Beyond the crowns of the jungle trees, overhead the black sky sparkled with a billion twinkling diamonds; then the sudden flash of a falling star, streaking quietly but splendidly across the stygian dome above. I heard a sound in the underbrush, a whisper, then a girlish laugh. Then three slim figures burst out of the thick foliage. I saw the three young girls race out of the bushes and cover the short distance across the clearing in the blink of an eye. They were like three little falling stars, their clean white cotton cloth dresses gleaming brightly in the moonlight against the brooding darkness of the surrounding jungle. At the riverbank the three girls quickly stripped, shedding their homespun garments. In the moonlight their tanned skin glowed radiant, their smooth long hair shined black as the sky overhead. Leaving their clothes on the grass at the river's edge the girls splashed into the water, their laughter mingling with the night sounds of the jungle. The cool liquid felt good, a relief from the oppressive heat of the tropical summer night. They splashed water at each other, then with a whoop the oldest, a girl about thirteen years old jumped up and grabbed one of the other two. The other girl fell back laughing as her friend submerged her head playfully in the water. The splashing, the chasing, the squeals and laughter lasted for about half an hour. It probably would have gone on for another hour. But it didn't. Suddenly the carefree play stopped. The younger girl surfaced and shook her head. She rubbed her eyes and looked at the other two. The other girls stood stock-still in the water. Their chests heaving, Their wet hair hung in black cascades around their shoulders. They stared hard at a clump of trees and bushes just beyond the spot where their clothes lay. At first there was nothing, no sound, no movement. Then there it was again. It was a slight shiver of the branches, a sudden subtle rustle of the leaves. Three sets of large frightened brown eyes stood riveted on the spot. The branches parted and disgorged one figure, a man, running, dashing madly toward the girls in the water.

The author uses first-hand life experiences to lay bare enduring truths. Four remarkable stories of evolutionary change are woven into a single journey down the river of time; One, a vision-filled canoe trip through Pennsylvania’s Allegheny Forest; Two, a dramatic sequence of dreams documenting the saga of an Indigenous Caribbean family; Three, the 260-century evolutionary trek of global humanity envisioned by ancient Native wisdom; Four, the author’s personal 65 years of life experiences in the modern-day Taino Indigenous Resurgence movement.

Miguel A. Sagué-Machiran (Sobaoko Koromo), a native of Cuba, is an artist and retired as an elementary and preschool teacher in Pennsylvania. He learned Taino traditions from relatives and elders and was appointed the official medicine man of the Council of Three Rivers American Indian Center in Pittsburgh. He also founded the Caney Indigenous Spiritual Circle.