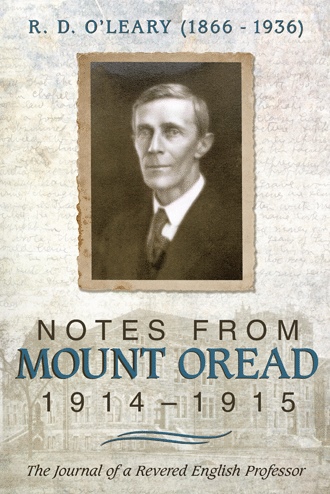 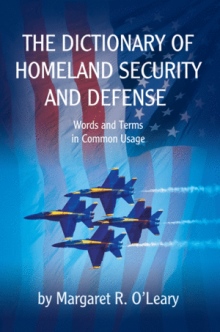 The Dictionary of Homeland Security and Defense
Margaret R. O'Leary
$32.95 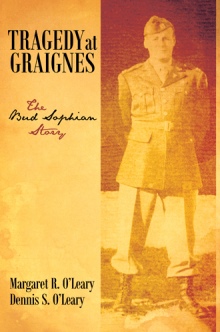 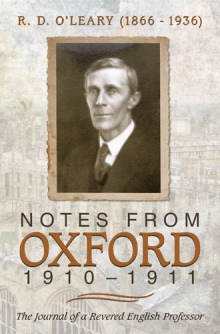 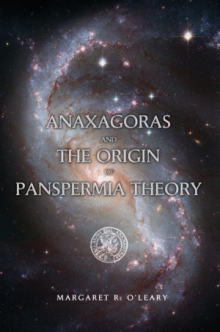 Anaxagoras and the Origin of Panspermia Theory
Margaret R. O'Leary
$9.95

Over the span of forty years, Professor Raphael Dorman O’Leary labored tirelessly to make his students understand the importance of originality and of apt expression in English composition. He especially loved words well chosen and dared his students to put beauty and smoothness and sinew into their sentences. He tried passionately to make them feel the dignity and the majesty of the English language at its best. When he died after a short illness in 1936, his personal effects passed among descendants until finally coming to rest with Dennis O’Leary and his spouse, Margaret, who discovered them in a poor condition while restoring a family house. Amid Professor O’Leary’s papers was his handwritten journal from the year 1914 to 1915.

The journal displays the full measure of R. D. O’Leary in his myriad academic, social, political, and religious experiences at the University of Kansas atop Mount Oread; in the adjacent city of Lawrence, Kansas; and while traveling to rural Kansas during the summer months and to Minneapolis, Minnesota, in the dead of winter. Throughout his journal, Professor O’Leary portrays with humor and pathos his encounters with students, colleagues, his spouse, his three sons, his mother, shopkeepers, religious zealots, pro-German zealots, anti-German zealots, drayers, Pullman conductors, bankers, politicians, publishers, educated spinsters, and garden wasps, while vividly describing cold classrooms, interminable whist parties, trilling sopranos, Kansas football games, and Lawrence seed stores.

R. D. O’Leary (1866–1936): Notes from Mount Oread 1914–1915 is a fascinating glimpse into the life and times of a revered English professor, half way through his forty years of teaching at the University of Kansas.

Margaret R. O’Leary, M.D., earned her medical degree in 1980 from the George Washington University School of Medicine in Washington, DC, and her master of business administration at Benedictine University in Lisle, Illinois. She lives in Kansas.

Dennis S. O’Leary, M.D., earned his medical degree in 1964 from Cornell Medical School in New York City. He is the president emeritus of the Joint Commission on Accreditation of Healthcare Organizations. He lives in Kansas.