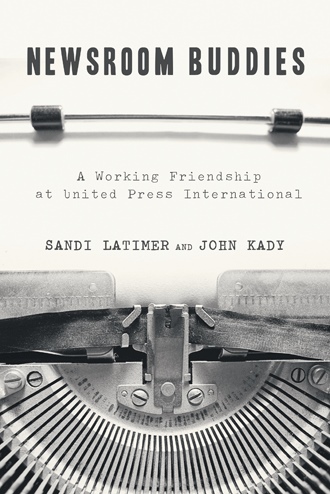 In the spring of 2012, three of my former co-workers and I gathered around a table at Panera’s on the east side of Columbus, Ohio, sipping coffee and nibbling on pastries while sharing stories and laughing.
David Harding started telling how his mother taught him that adding blessed holy water to another amount of water makes the other amount holy.
“When I was in the navy, I had a bottle of water I carried with me when I visited Rome and had it blessed by the Pope,” he said. “I saved that bottle of water. When I got to the Pacific, I dumped the blessed water into the ocean. ‘Mom,’ I told her, ‘the whole Pacific is now holy water.’ ”
John Kady and I had heard David tell that story a couple weeks earlier when the three of us went to the thoroughbred race track Beulah Park in nearby Grove City and then had cake and iced tea when we dropped John at his house. The story was new for Lee Leonard. All three of us laughed hard at David’s story.
I glanced around the room. Not many people were there at that hour – midmorning was too late for breakfast and too early for lunch, but just a perfect time for some former workers to gather and remember. And laugh.
Stories kept coming and eventually got around to days at work. Some were funny, some weren’t.
“I remember one bad day,” I began. “I’d been given a feature day and had set up my own fam tour in Chillicothe. I get home and find a message from John on my answering machine.”
John, David, Lee and I had worked for United Press International in Columbus from the late 1960s to 1990. John had been what we called our ‘fearless leader’ – serving as the bureau manager and state editor during much of his 26 years at UPI in Columbus. Lee had anchored the Statehouse coverage since his arrival in 1969 until the end of 1990.
David and I worked in the UPI office much of the time, but we had each had our turn with Lee for a session of the legislature.
The particular day I was talking about was in 1984. I had a day where I could do whatever I wanted and I usually went looking for feature stories, Since 1970 I had been writing feature stories that were being used in nearly every newspaper we served in Ohio. In the early 1980s, in order to seek out stories, do interviews and write the stories, I had a feature day.
Not wanting to abuse a privilege no one else had, I always came up with a story. That day I had been in touch with a tourism leader in Chillicothe, Ohio’s first capital, as I planned to write some summer travel and tourism stories. I scheduled my personal fam tour – familiarization tour of a given area.
I had been escorted through the small city two counties south of Columbus, through an outlet store for kitchen ware, and to a small frame building on the outskirts of town whose chenille bedspreads and iridescent globes on pedestals announced it as a tourist stop. Inside, in addition to the usual knick-knacks that people buy as a remembrance of where they’ve been were porcelain dolls in elegant gowns. Dolls were made in another part of the building, dressed in handmade outfits, and advertised in Vogue magazine.
Now that’s a story, I decided on the spot, and began asking questions, taking notes, planning a story I would be sending out to our clients before Mother’s Day.
My host was surprised at my wanting to write about a small piece of a historic area when no other travel and tourism writers did it. I always looked for the unusual.
I arrived home in late afternoon, checked the answering machine. I was surprised by the content of the message from John. He sounded serious, not his usual jovial conversational voice.
“Sandi. This is John. Don’t cash your paycheck.”
I knew UPI was in financial problems, had been for years. The thousand or so employees worldwide kept churning out well-written stories and quality photographs for both print and broadcast outlets. Our pay was comparable with our competitors whom we often out wrote. And the checks were always on schedule. That’s why I was surprised that day.
Bankruptcy soon crept into our vocabulary and into our stories. UPI was going downhill and we didn’t want it to. We in Columbus fought it. I know some employees in other bureaus around the country fought the way we did. Our stories were strongly written, but more than good writing was involved. We had our sources, our contacts.
The fight lasted for six years before wholesale layoffs began, and the makeup of a once strong and respected worldwide news agency crumbled.
A couple hours into our kaffee klatsch, we decided it was time to move on. David and Lee lived on the east side of town, John and I lived west.
A female restaurant employee held the door for us as we made our way to our cars in the parking lot. John, who by now was maneuvering with a walker after suffering a variety of health problems, was riding with me.
“Would you believe the four of us over there worked together for one company some 20 years ago?” I told the young woman not long out of high school. “The four of us have more than 100 years experience with that company.” She gave me a look of disbelief.
Even though the company began to unravel in 1990 and moved into a different form, the camaraderie and strong relationships that the employees in Ohio had knit over the years would never unravel.

Phone calls often bring good news. The one placed in late October of 1967 proved to be a life-changing experience for both young journalist Sandi Gould and United Press International bureau manager John Kady. Little did they know they were embarking on a lifelong friendship that would extend from the office in Columbus, Ohio, into everyday life for nearly a half of a century. In Newsroom Buddies, Sandi and John alternate their personal stories of working together for more than twenty-two years—from the late 1960s through 1990. They tell how they enjoyed the high points of life as journalists and how they handled being survivors as they watched the company they loved dwindle to a mere shadow of what it once was. Even as life took them in different directions, they came together once again through their love of writing. It was a friendship only one event could separate. Praise for Newsroom Buddies “It’s very touching and obviously a great read for anyone with UPI in his blood.” —Tom Foty, CBS Radio News “Interesting the way alternating chapters tell the story of the glory days of a once-prominent wire service.” —Ron Cohen, coauthor of Down to the Wire

Sandi Latimer earned a journalism degree from Kent State University and has more than fifty years of experience in the communications field. Latimer is also the author of Poodle Mistress. She and her husband, Red, live in Columbus, Ohio.

John Kady earned a journalism degree from West Virginia University and started working for United Press International in 1959. He wrote A Sentry’s Saga on Okinawa and From Kennedy to Kent State: A Reporter’s Notebook. Kady passed away in August 2013.