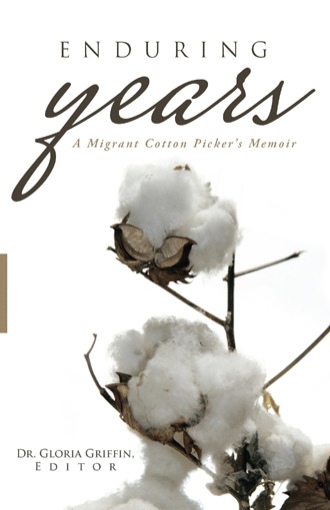 Father and Son: Rolling Stones “When the old man left us, we moved into the village. My mother bought an acre of land and she built a house on it - small three room house; a one and one half story affair. We had one room upstairs that was plenty of room for us as there was only herself [sic] and my brother. My youngest sister was there and attended a business school until she was able to get a teacher’s diploma. You know in those days you could start teaching school after you mastered the eighth grade . She taught school for two years and helped us out quite a bit until she got married. We farmed a little the next year until we moved to a very good town where we could get work to do.” Billie Griffin Untitled Manuscript Circa 1915 Striking out on my own, I worked for different people - chopping cotton, plowing. I moved in a one room shack with no floor, no windows and one door. I borrowed a neighbor’s wagon and team. I hauled me some good clay and spread it over the surface of the ground; smoothed it out; and it became as hard as concrete. I think I lived there about a month or so doing a little farm work, cutting a little firewood for other people. I never will forget a little incident that happened as I was making some firewood for a man. I cut down a big oak tree by the side of a little creek. That tree was about 30 or 36 inches in diameter. I was working on that wood one morning; I had made about four ricks. You know a rick of wood is 4 feet high and 8 feet long, run about 14 to 20 inches long to the stick. So, I was cutting away when I heard a noise in the little creek. I went to investigate. I found some catfish about 12 to 14 inches long swimming “up” the creek. That was the first time I had seen water run up stream. I went back to where I was working and by the time I got my tools up on high ground the water was up to the ricks of wood. As I stood watching the water, it continued to rise and flow up the creek. It took that rick that was close to the creek and the wood began to float up the creek as well. Before I left, I witnessed all the wood I had cut float right off up the creek. Circa 1920 At this one place I only stayed one half day and left. Then, I went over to a town by the name of Charleston, Mississippi. It was the county seat of Mississippi County. Believe me when I tell you, everybody in that town was from the state of Mississippi. They raised cotton down there! About twenty or thirty thousand acres were planted in cotton. Now, if you know anything about cotton planting, why you know you have to plant it in rows; sometimes the rows are half miles long. It is planted with a planter; sometimes it is a two row planter; and I have seen some four row planters. The rows of cotton are about thirty-two to forty inches apart. The cotton is ready to chop when it is up about three to four inches high. Now, chopping is using a garden hoe about six or eight inches wide to cut up the weeds and have one or two cotton plants to the hill. That is, you have one or two plants right together at twelve or twenty inches intervals. You have to cut the grass and weed all out between the cotton plants. Some of those farmers would have as much as one hundred acres in one field. Quite naturally they would get eight to ten or sometimes there would be as many as 20 people in the field. Each worker would have to chop one of those rows from one end of the field to the other. Remember, sometimes the rows would be one half of a mile long! The farmer would always find some man he knew to lead the rest of the gang. They would usually call him the leader and the others would have to stay up with him or near as they could. Each worker was expected to chop as many rows as the leader did. A few could not keep up with him. And I was one of them. Man, all would go pretty good until they started discussing the Bible. Some of the field hands were Baptist; some were Methodist; and some may be other denominations. They would get to arguing over the Bible and this leader would be in the midst of the argument. He thought everybody was wrong but him. If they did not agree with him, the leader would get to chopping faster and faster. I could not keep up with most of them at the regular pace; you know I was having a tough time. But it always turns out pretty good. There was this guy named Jessie. He liked me pretty good; he would chop his row and almost half of mine. Boy was I lucky! He would keep me up and get on that leader’s heels. That would make the leader slow up. I sure did thank Jessie. I made it about three or four days and I had enough. I got my little money and went back to St. Louis.

The Emancipation Proclamation signaled an end to oppression for some, but not necessarily an end to depression. Many former slaves remained in the South, where they and generations to follow supplied the labor for the cotton industry. Working in the cotton fields was their vocation; it was what was expected of them by others and themselves. Even into the twentieth century, working in the cotton fields was a major means for some African Americans in the South to provide the family livelihood. But it was not an easy life. In Enduring Years, Billie G. Griffin, a migrant cotton picker, opens the files of his life. A compilation of stories about his life as a survivor during rough times, this memoir picks up where the slave narratives of Oklahoma leave off. It provides a raw and rare glimpse into the life of a sharecropper as it shares how Billie and his family endured decades of crushing poverty, discrimination, and segregation in America, the South, and Oklahoma. It tells how sharecroppers weathered the harshest conditions since the end of slavery and how they tried to carve out a sustainable life and a promise of a better future for their children. Praise for Enduring Years “Enduring Years: Migrant Cotton Picker’s Memoir offers a slice of history regarding the life and times of the migrant cotton picker. It is thought-provoking reading with a creative flair.” —Dr. Mary E. Carey, coauthor of When Words Are Not Enough: Strategies for Caregivers of Persons with Dementia

Dr. Gloria Griffin earned academic degrees from the University of Oklahoma. She is an Oklahoma African American Hall of Fame inductee and a recipient of the Oklahoma Human Rights Award, the Delta Legacy: Women Making a Difference Award, and the Leadership Oklahoma City Distinguished Leadership Award. She retired as superintendent of Millwood Public Schools, dedicating forty-one years to education.