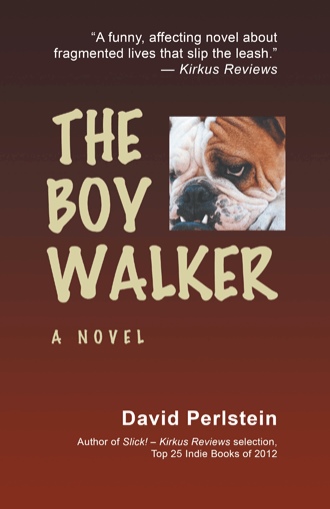 The Malach HaMavet—the Angel of Death—seizes victims arbitrarily and inflicts on their survivors wounds both horrific and seemingly irreparable. Wait. This is heavy stuff. Maybe I should begin differently. But screw it. Humans sugarcoat too much of life. Not dogs. Dogs take the truth on its own terms. Therefore I will lay it all out for you—offer you the whole megillah. At my age, I withhold neither my opinions nor the words with wish to express them.

Know then that the Malach HaMavet weighed heavily on me for a long time. It pursues me still. Yet my dread began to lift over a period of several months beginning on a dank Martin Luther King, Jr. Monday morning. I arrived at Mountain Lake Park with the Rat Pack. And yes, the name for our quartet of close-knit canine companions—chosen by me—paid homage to that revered Hollywood/Vegas pantheon of the nineteen-sixties. I, Brute Greenbaum, naturally played the role of Frank. Being an English Bulldog, my outward appearance projected a fierce demeanor compelling respect. If you spell that much misconstrued word f-e-a-r. Sadly, even our nickname, Bullies, suggests a pejorative—one entirely misleading. The English Bulldog is mild-mannered and amicable. I embrace as well, distinguished. Hence I have always considered myself a lover, not a fighter.

In a manner of speaking.

Still, my fellows acknowledged me as a dog among dogs. Which is why Dean (Flash to his masters), Sammy (Sherlock) and Shirley (Princess) contentedly embraced subservient but hardly demeaning roles.

And so we cherished yet another hour of convivial exercise directed by our human leader, Abbie Greenbaum. Not that I intended to break a sweat. Bullies overheat easily. And that is the least of it.

Having attained the age of twelve, I had far surpassed the breed’s average lifespan of eight to ten. Dismissing the outmoded algorithm that equates one canine year to seven human years, I was virtually a centenarian. As such, I was well aware that I would soon be gathered to my ancestors—a term the Hebrew Bible relates to the deaths of the Patriarchs and the ultimate journey to the unknown. On top of which I bore the Greenbaum family’s terribly familiar relationship with death.

Thus candor requires me to admit experiencing more than occasional bouts of anxiety.

As regards Abbie, my co-master—eschewing political correctness, I do not deem the word master to be derogatory in deference to the canine preference for hierarchy—the holiday represented just another workday. Or, more accurately, work half-day. Over the past several years, Abbie maintained payments on a used Toyota Corolla and provided himself with modest amusements as one of San Francisco’s numerous professional dog walkers. His income—limited by negligible ambition but all cash—enabled him both to escape the watchful eye of the IRS and maintain his distance from his father Morty, my other co-master. Still, Abbie lived at home and enjoyed kitchen privileges in return for nominal rent.

Independence so often is a state of mind. Not long into our morning’s journey, we spotted a human compatriot, Hilary, approaching in the midst of half-a-dozen likewise high-spirited canines. Hilary walked with the unnaturally erect posture of the dancer she had once been. She wore her blond hair down to her waist, carried a dark, polished walking stick and exhibited a fondness for sandals even in the rain. She waved. “What’s shakin’, Abbie?” She looked up at the sky that had unfurled a rainy-season umbrella of pewter-gray and turned to me. “Gotta love the weather, hey, Brute?”

I grunted in return. Although not intending to do so, I passed gas.

“Your guys are looking good, Hilary,” said Abbie with a wave of his own. “Pray for sun.”

“Barnaby, you can do better than that!” Hilary scolded.

Abbie approached Barnaby, a white Maltese terrier given to overexcitement. He squatted and rubbed the top of the offending canine’s head. “You’re a good dog, aren’t you, Barnaby? You know we all love you.”

The Rabbis condone small lies to promote peace. I praise their wisdom. I laud as well Abbie’s inevitable kindness towards dogs both familiar and not.

I confess to not always adhering to such generosity of spirit.

The simple are easily accommodated. “I’ll pray for sun if you will,” Hilary advised.

“Deal,” Abbie assented. “Be seeing you.” We separated.

Give credit where due. Abbie consistently offered anyone walking one or more dogs a pleasant if brief greeting highlighted by an engaging smile that ignited a sparkle in his blue eyes. Dogs brought out his capacity for boyish charm and inherent gentleness. Honesty nonetheless compels me to reveal that in most circumstances, Abbie withdrew from human contact. The tragedies he’d experienced had rendered his personality rather brittle. As to his father, “Good morning” and “good night” frequently represented the extent of his communications. Such behavior pained me. Yet do not doubt the love I bore for Abbie.

And he for me.

We continued our stroll flanked by towering eucalyptus trees. At nose-level beckoned an abundance of newly embedded native wetland and woodland plants. Do not ask me for names.

Not to dismiss the glory of nature, but I am an urban dog.

Abbie shared our joy. Physical activity often proved therapeutic. A confirmed inch-and-a-half above six feet with a head of thick, curly, dark hair adding the illusion of another two inches, he’d played basketball at Washington High School. I offer here a footnote. At birth, Abbie weighed nine pounds, eight ounces. Several family photos culled from acid-free boxes display a beaming Morty hefting his son at Abbie’s bris alongside the mohel, who performed the circumcision and intoned the appropriate blessings. The two men stand shoulder to shoulder like fishermen exhibiting a prize catch—the one that did not get away. Abbie also remained an avid skateboarder. In my younger days, he graciously passed many of his skills on to me. Even now, my paws occasionally urge me to mount a board. My hips warn me of my extremities’ folly. At last, Abbie removed our leashes. Although the park’s eastern end offered a dog run and enhanced social opportunities for humans, we held course to the west to circuit the lake at my stately pace.

Sammy, the three year-old beagle among us, squatted to shit.

Abbie withdrew one of several small plastic bags from his jacket pocket, deftly scooped up Sammy’s turd and deposited the bag in a nearby receptacle.

Abbie’s gracefulness again struck me. If only, I thought, he would put a little more flesh on his bones. Not that Abbie was in any way a frail man. At least, physically.

Make no mistake. I had long conceded Abbie his manhood. Yet given the disparity in our life cycles and his emotional fragility, I also thought of him as a boy. And being a regular strolling companion also called upon for comforting cuddles and a patient ear, I inevitably considered one of my major tasks in life to be that of a boy walker. Truly, such a young man—and boy—as Abbie bore watching over lest he lose himself in one of life’s thickets like the ram Abraham sacrificed in place of Isaac. Attention, to reference Willie Loman’s wife, must be paid. 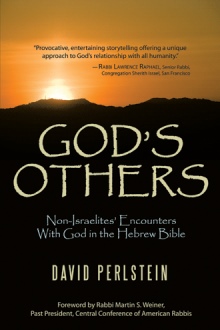 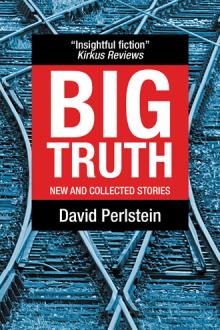 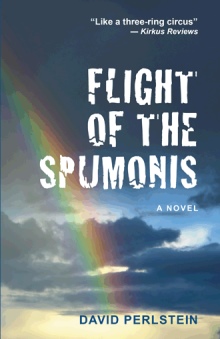 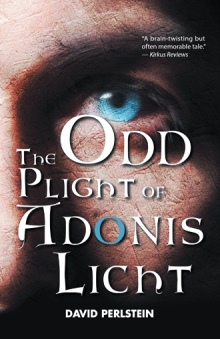 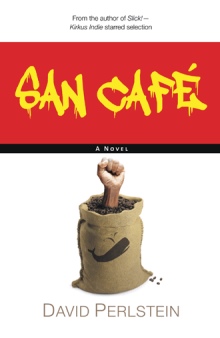 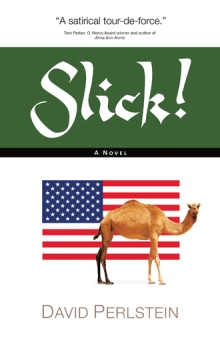 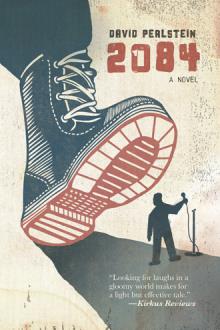 Brute Greenbaum faces challenges beyond those of ordinary 12-year-olds. Faded hearing. Dimming eyesight. Bad hips. A penchant for farting. They're normal for an English Bulldog equivalent to a human centenarian and pursued by the Malach HaMavet—the Angel of Death. But they're only the beginning.

A cantankerous lover of literature, rabinnic wisdom, humor and skateboarding, Brute must hold together the remnants of his shattered San Francisco family. Abbie Greenbaum, a 24-year-old dog walker, remains estranged from his college-professor father Morty more than a decade after the deaths of Abbie’s sister and mother. Yet he and Morty still live in the same house.

Enter Sarah—a 10-year-old with Down syndrome—and Rivka, her divorced Jewish-Chinese mother who teaches stand-up comedy and can't shake her ex, a classically trained cellist into bondage.

The three Greenbaums encounter a series of trials posed by mortality, jealousy and long-buried secrets, which represent nothing—and everything—to laugh about.