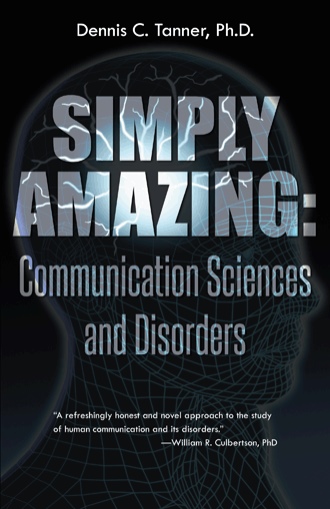 The psychogenic theories have some of the most bizarre explanations for stuttering. One psychiatrist, Dr. Isador H. Coriat, in the early part of the 1900s, came up with the oral and anal fixation theories. When I begin this discussion, I ask my students to put down their pen because this will not be on a test and I feel foolish even discussing it. I note that all students are told to disregard these extreme theories, but few professors tell them what they entail which seems contrary to informed disagreement. I make a big deal out of closing the door in the lecture hall and speaking softly because the theories are so far out there, I would be laughed out of the profession if people found me seriously lecturing about them. I do let the students know that it is accurate for them to disregard them, but they should at least know their theoretical basis before doing so.

The first professor who taught a stuttering course to me was a lifelong stutterer. He suffered through many outlandish treatments based on the psychogenic theories. He reported that one therapist had him write all of his stuttering words on toilet paper so they could be flushed down the toilet. He was also instructed to visit a prostitute and to act out his oral fixations. It is hard for me to believe that these were even considered viable therapies, but during the heyday of the psychogenic therapies, there were regarded as reasonable treatments for adult stuttering.

One of the most outlandish psychological theories about stuttering involved the danger of curing the disorder. According to my professor,at one time it was considered dangerous to cure stuttering without the benefit of deep psychoanalysis. Some thought that a person who was cured of stuttering would be left without her socially acceptable expression of psychological distress and would become a danger to herself or others. I looked into this and there has never been a case reported in the literature where curing stuttering resulted in harm to the stutterer or anyone else. However, because stuttering is such a complex disorder, and there are so many manifestations of it, just because there are no reports of negative outcomes does not mean that none occurred. I seriously doubt this theory, but again, stuttering is a very complex disorder and there may be some who need psychotherapy in conjunction with stuttering therapy. I did have one adult stutterer who was cured of the disorder and he reported that without it his self-concept was thrown into disarray. He so identified with stuttering that once cured from it, he had to rebuild his self-concept to include being a normal speaker.

Over the years, I have come to the conclusion that there are multiple causes of stuttering. Although some authorities on stuttering continue to advance a single theory that causes all stuttering, as more research is done on the disorder, it is increasingly clear that stutterers stutter for a multitude of reasons. I do not have research to support my estimation, but I believe about 10% of stutterers stutter because of organic or physical reasons. For some, there are physical defects or irregularities that cause the disorder. I also believe that many who stutter are genetically predisposed to the disorder, but that is not the same as saying genetics causes them to have broken speech. In my estimation, another 10% of the population stutters because of psychological issues. I certainly do not ascribe to the bizarre psychogenic theories, but some do stutter because of major psychological and personality factors. I believe that adult-onset stuttering is more likely to involve psychological factors. (I should note that one of my adult-onset stutterers believed his stuttering began immediately after hemorrhoid surgery causing me to momentarily revisit the anal fixation theory.)

An Eclectic Treatment for Stuttering

At the bottom of the Grand Canyon is Phantom Ranch. The ranch contains several dormitories, cabins, a canteen, and a beer hall. It is situated next to the beautiful Bright Angel Creek and the fishing is terrific. I have caught many rainbow trout, some longer than 16 inches. It is a perfect place to fly-fish. You can walk the trails several miles, stopping along the way to drop your line in the creek. The canteen will pack lunches for the day-hikers and in the evenings, they prepare great meals for the campers.

To get to Phantom Ranch from the South Rim of the Grand Canyon, one must hike several miles down one of the trails. (There are also mule rides, but the locals prefer to hike the trails. It is better to have sore feet than a sore backside.) The vertical drop is more than one mile and going down to Phantom Ranch usually takes a minimum of three hours. Coming up, the duration of the hike is about doubled, but individual times depend on the fitness of the hikers. I prefer to hike down Bright Angel Trail and come up the Kaibab Trail. I have hiked the canyon at least ten times, several of them with my wife, children, and friends, and always in the winter. In the summer months, one risks dehydration and heatstroke because the temperatures can reach 110 degrees and above. Hiking the Grand Canyon is a wonderful adventure, and it was on one of them that I created an eclectic stuttering program for adolescents and adults.

One winter morning, my wife drove me to the South Rim of the Grand Canyon and dropped me off at the Kaibab trailhead. It was snowing heavily at the time, and I, with backpack and fishing gear strapped to my back, began my 10-mile hike to the bottom of the Grand Canyon. Later, my wife told me that my son became anxious as he saw me descend into the canyon for it appeared that I was walking off a cliff into the clouds. The snow turned to rain as I descended in elevation. When I got to the bottom, it was raining making the Bright Angel Creek muddy and dampening any hope of catching fish on that trip. When I checked in, the employees, sensing my disappointment, generously provided me with a cabin rather than a dorm room. It rained for most of my two-night and three-day stay at Phantom Ranch forcing me to spend a lot of my time in the cabin; however, I did manage to find time to visit the beer hall. Seeing that hiking and fishing was not a realistic option, I decided to write a stuttering treatment program based on my experiences with many stutterers and the research I had conducted for... 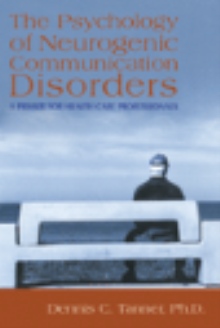 Relying on more than forty years of experience studying, teaching, researching, and providing clinical services in the communication sciences discipline, Tanner provides a frank and informative discussion about the subject, including both conventional and offbeat theories of human communication, unique and sometimes bizarre disorders, and intriguing patients.

Through anecdotes, examples, illustrations, case studies, and personal asides of the amazing human ability to communicate—as well as the myriad disorders, defects, delays, and disabilities that can lay waste to it—Simply Amazing: Communication Sciences and Disorders provides keen insight into the world of communication.

Dennis C. Tanner, Ph.D., is the author of fourteen published books. He has been named Outstanding Educator by the Association of Schools of Allied Health Professions and the College of Health Profession’s Teacher of the Year. Tanner is a Professor of Health Sciences at Northern Arizona University in Flagstaff, Arizona. Visit him online at www.drdennistanner.com.