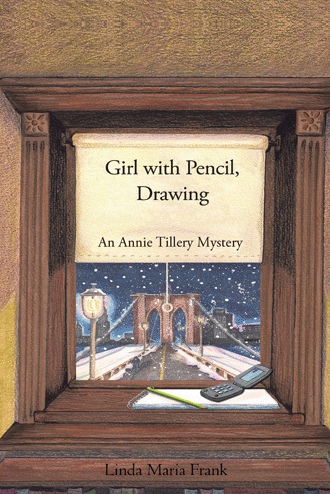 We picked our way through the rubble and broken bottles left by the toppled wine rack. There, gaping open, was the door to the vault. The vault looked very much like a smaller version of a bank vault.
“Go on through,” urged Lt. Red, who was behind us. We entered the vault. Lit up before us, was a mini-museum. We gasped.
There were easily twenty paintings, each illuminated from above by its own spotlight. The secret chamber, I liked the sound of that, was wood-paneled and softly lit. The floor was covered with rich carpets with oriental designs. I knew they were oriental because my mother had a passion for them, and had tried to give me a little history lesson about them when I was a child. The paintings were mostly portraits. They were not the usual stiff poses you see in museums. The people in them seemed about to speak, or pick up a musical instrument or cut a flower from its bed. There were statues in marble and bronze placed around the chamber. A large pair of wing chairs bracketed a rosewood table with a brandy decanter and two snifters. I understood the meaning of the chamber to Frau Helriegel, but why two chairs, two brandy glasses? Did she have an accomplice amassing her collection?
As dumbstruck as I was, it was Francesca, who appeared the most spellbound.
“This is unbelievable,” she uttered finally. “I recognize some of these paintings. These two were stolen two years ago from the Boston Museum.” She walked from painting to painting. At one, she stopped, a moan escaping her lips as she reached out to touch the canvas. “This is my work,” she cried in anguish. “That bastard, DiCristiani! He was passing my work off as authentic. This is some kind of secret collection.” 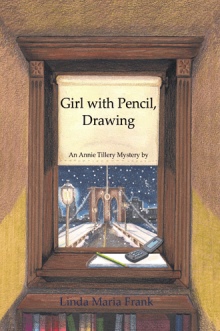 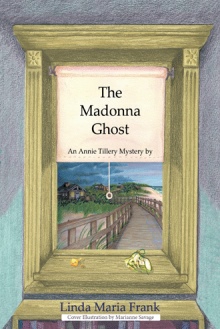 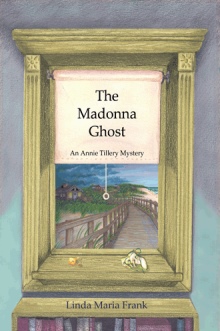 Seventeen-year-old amateur detective Annie Tillery is at it again. After she wins a series of art lessons at a prestigious art gallery, Annie shows up for her first lesson to find her instructor, Francesca Gabrielli, in a volatile argument with John DiCristiani, the art gallery’s director. He is demanding that she illegally copy art masterpieces. Unwittingly, Annie is about to be drawn into the illicit, treacherous, and unpredictable world of art forgery.

When DiCristiani is found murdered in cold blood, Francesca becomes the prime suspect. She calls upon Annie to help solve the crime along with her NYPD detective aunt, Jill Tillery. They must brave the dangers of an international art fraud ring in an attempt to clear Francesca’s name. They discover that the key to solving the case revolves around a mysterious brownstone in Brooklyn whose inhabitants present tantalizing and elusive clues.

As Annie and company attempt to stay one step ahead of DiCristiani’s murderer, they escape one deadly trap after another. The stakes are high in the glamorous yet dangerous world of illegal art trafficking. Annie must solve the crime to save her life and that of her friends.

Linda Maria Frank, retired from a life-long career teaching science, resides on Long Island where she is currently writing her mystery series, Annie Tillery Mysteries, including The Madonna Ghost and Girl with Pencil, Drawing. She also produces her local access TV show, The Writer’s Dream at the LTV studios in Wainscott. She is a member of L.I. Authors Group, Sisters in Crime, and L.I. Children’s Writers and Illustrators. The third book, Secrets in the Fairy Chimneys is on its way.